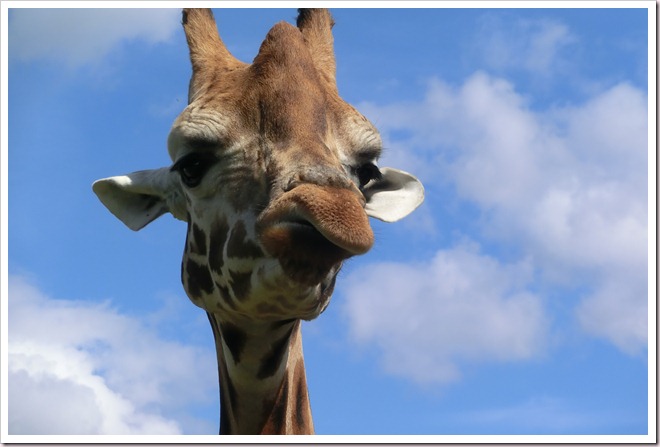 The Giraffe (Giraffa camelopardalis) is the tallest of all our land-living animals. 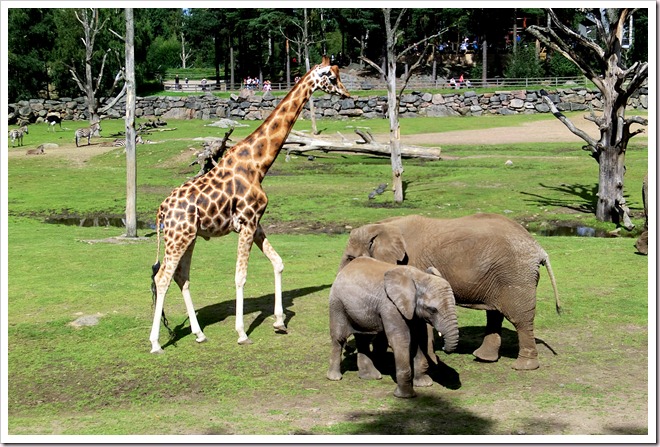 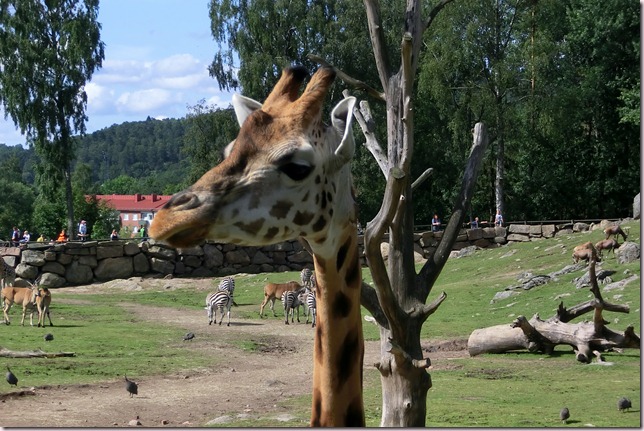 The species name camelopardalis (camelopard) is derived from its early Roman name, where it was described as having characteristics of both a camel and a leopard. 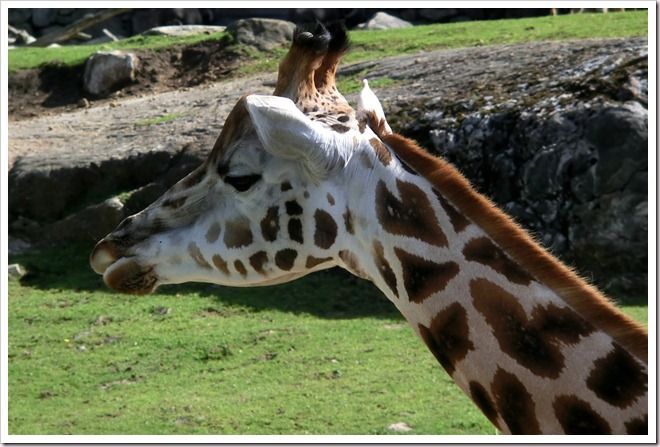 Each giraffe has a unique coat pattern. 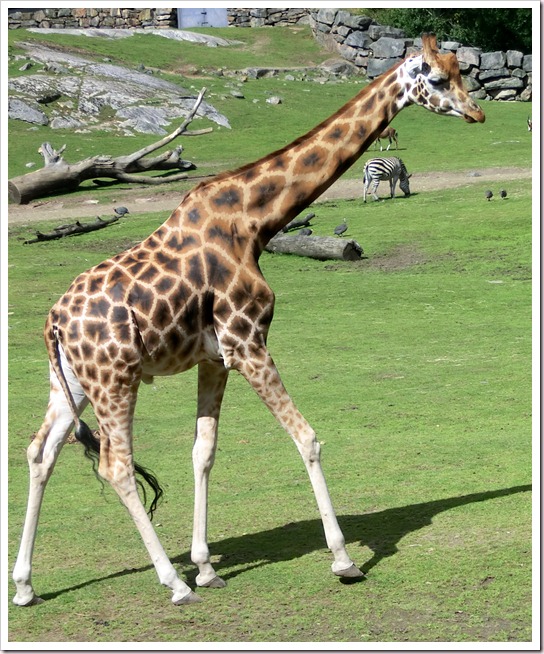 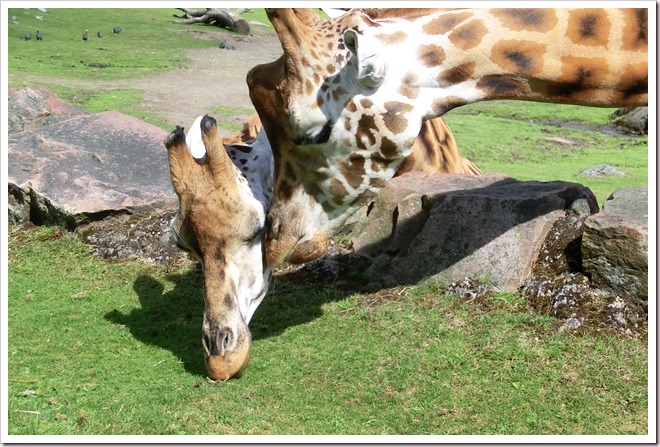 The giraffe has one of the shortest sleep requirements of any mammal - 4.5 or 4.6 hours per 24 hours. 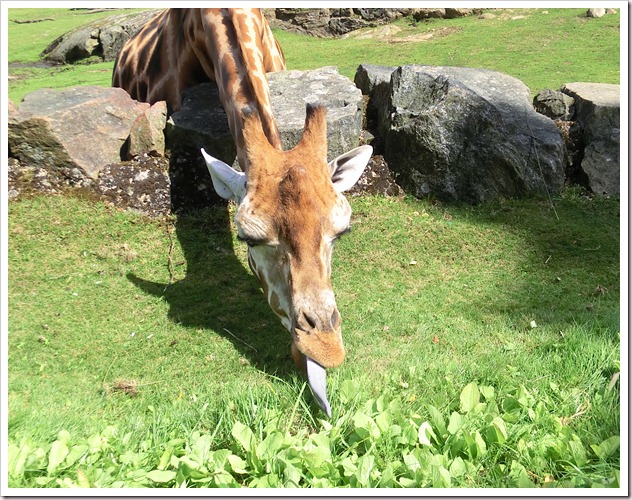 Its tongue, lips and palate are tough enough to deal with sharp thorns in trees. With the long tongue (about 45 centimetres /18 in), the giraffe can also clean off bugs from its face.

Facts picked from the Wikipedia article.
The photographs are my own, from our zoo.

Posted by DawnTreader at 09:32