Little Me, Little You 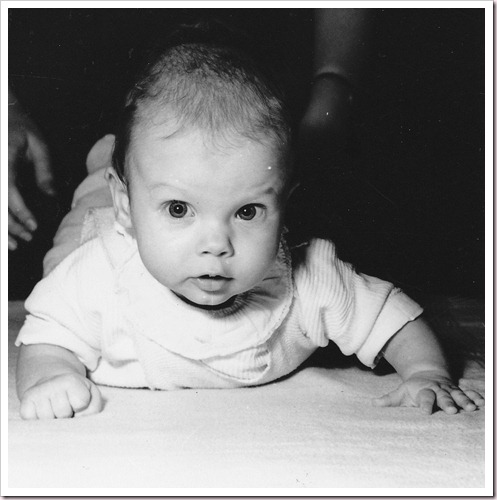 Finding some old framed photos lying around ‘out of context’ in the house, one of them (above) made me ask my brother: “Is this Little Me or Little You?” Below is the reason why I was not sure at first glance: 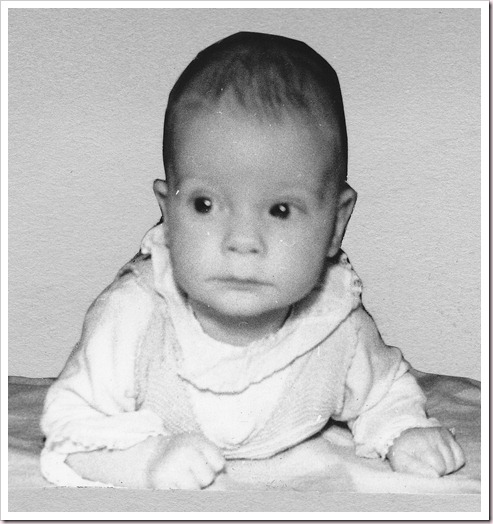 The first photo is Little Me; the second is my Little Brother, born 6 years later. (6 years, 4 months and a couple of weeks…). 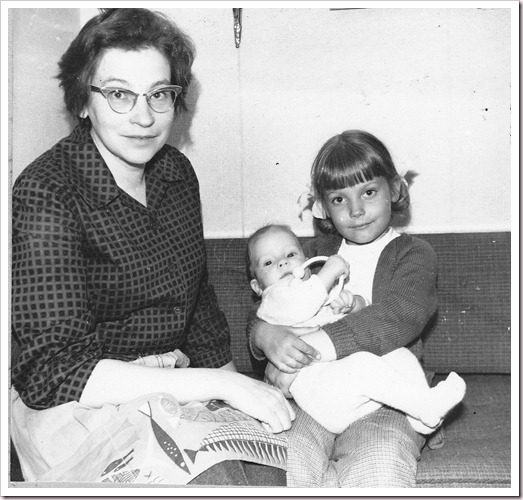 Going through old family things and photos stirs up memories, and it strikes me that when we were born does make quite a difference as to what we remember from our respective childhood, even though we grew up in the same family.

First of all, I was an only child (and the only grandchild for both sets of grandparents) for six years before Little Brother came into the picture. This also means I have personal memories of more people from our grandparents’ generation than he does.

For example: My brother never met our maternal grandmother, because she died a few months before he was born. I was six at the time, and I do have my own memories of her.

Our maternal grandfather got married again only a couple of years later. For me, his new wife was a “stranger” coming into the family; while my brother cannot remember a time when she was not in the picture.

I also have memories of my paternal grandfather from when he was still an active and healthy journalist with special interest in local history. He died of Parkinson’s disease when my brother was about 7, and I 13. My brother only remembers him from the years when he was ill.

One of my maternal grandmother’s half-sisters and her husband lived a couple of houses down the road from my grandparents. Our great-aunt (who was quite a character) died when I was 9, my brother 2½. So he has only heard stories, but has no personal memories of her; only of her husband. I suspect it’s the same thing with more people of that generation.

My brother also only remembers the house we moved into when he was three years old. He says his very first memories are from a visit to that house while it was being built. For me, that was my third home, I was ten when we moved in there. I also have clear memories not only of the house we lived in before that (for five years) but also my first home, which was a town flat.

The same year that my brother was born (in January), I started school (in August). When it was time for him to start school, I was entering my Teens – the time when Friends are suddenly getting a lot more interesting than Family – and taking the bus into town to school. And when my brother was entering his teens, I moved out, and went off to live in another town 200 km away.

In the early 1980’s for a few years we both lived in the same town, both in our ‘twenties’, and both studying at university (I was in my second round of studies then after a few years of work). But then I moved again – and as it happened, to the town and area where our parents grew up, and where our grandparents used to live (and where I’m still living now).

I suppose one reason why it’s I who am collecting the family documents now, might be that I’m the one with more “living” memories of their generation.

Posted by DawnTreader at 15:23