Just as with the letter Z, at first I could not think of any locality in Sweden beginning with C , but when I looked it up, I did find one:

Charlottenberg with about 3000 inhabitants is situated about 7 km from the Norwegian border and is the seat of Eda Municipality in the province of Värmland.

It was named after the wife of the founder of an ironworks there back in 1827.

Charlottenberg railway station is the last station in Sweden before the Norwegian border, and serves as the frontier point between the Swedish and Norwegian railway systems. The town is also situated on Swedish national road 61, which becomes Norwegian national road 2 at the border.

As a border town, Charlottenberg benefits from the border trade encouraged by the difference in retail prices between Norway and Sweden. The influx of Norwegian shoppers is so great in the period leading up to Christmas that many Charlottenberg locals prefer to do their own shopping in other towns that time of year.

I must have passed through Charlottenberg when going on a mini-holiday to Norway from Karlstad way back in 1978. (I lived in K. then.) There is no photo from C. in my photo album – but there is evidence consisting of a small map glued into the album where I marked our route (the X added digitally now): 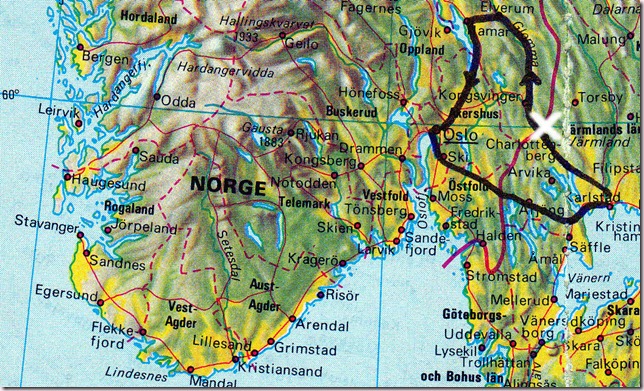 Just possibly we may have stopped at C. to buy food before crossing the border into Norway. More likely we bought what we needed before we started, but never mind… Let’s assume we did buy our tin of sausages in Charlottenberg, ‘cos that gives me a reason to insert this photo of our advanced roadside cooking (somewhere along the river Glomma in Norway): 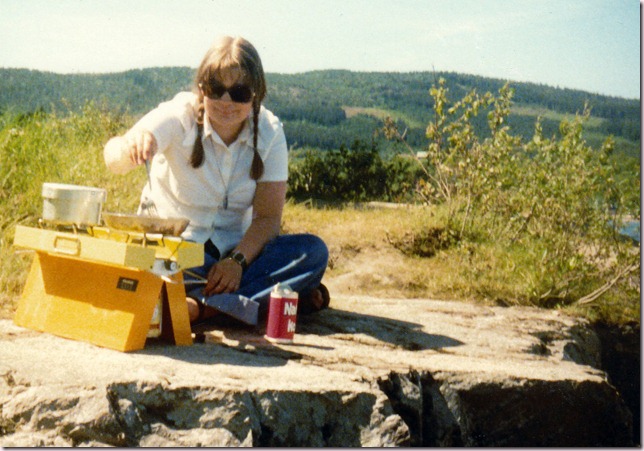 Yep. That’s me back in 1978, aged 23. And below is a photo of my friend opening that tin of sausages with a knife, because we had forgotten to bring a tin opener…
Another C for coping! 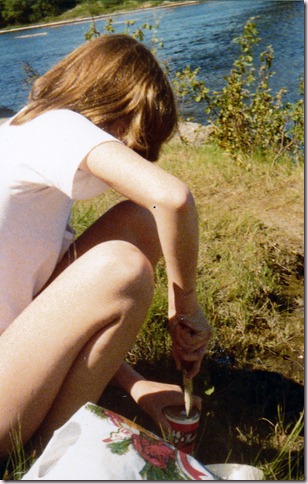