On Tuesdays, We Resurrect the Dead

It was seeing Paul McCartney at the opening of the Olympics in London (on TV) that reminded me: I have not yet told you about how I ran into his old buddies John and George a couple of weeks ago. 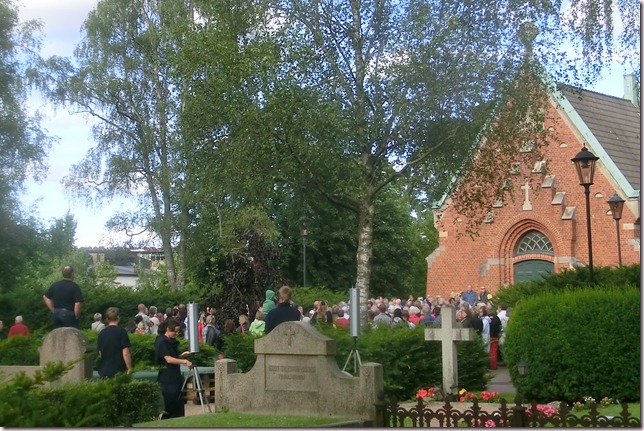 If you happen to be passing by an old cemetery in my town on a Tuesday evening in July, you may notice a surprisingly large crowd of people gathering. If you ever do – please take the time to join them.

You see, these people aren’t waiting for a funeral, but rather for a resurrection. 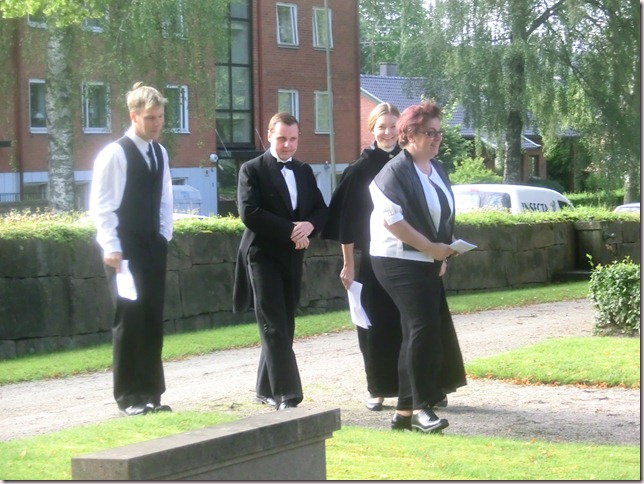 A theatre group by the name of Ada.

(The name is in honour of a female journalist from about a century ago, whose stories they often use in their cemetery performances.)

I knew from before that they could act, but this time they proved to be quite good singers and musicians as well. 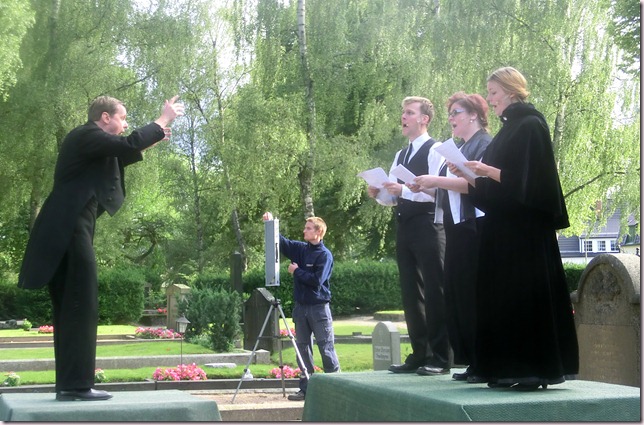 The first to rise from his grave was a man who once upon a time had a big influence on making choir singing popular in this town. Here they sing a classic song about spring and nature:

We also got to meet a female translator from the early 1900s, and a local poet. 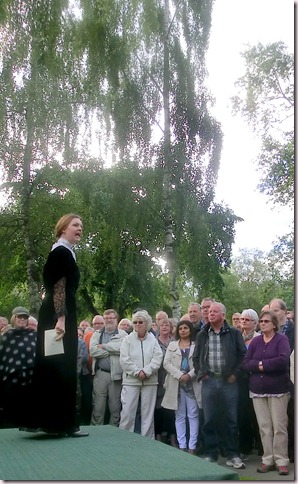 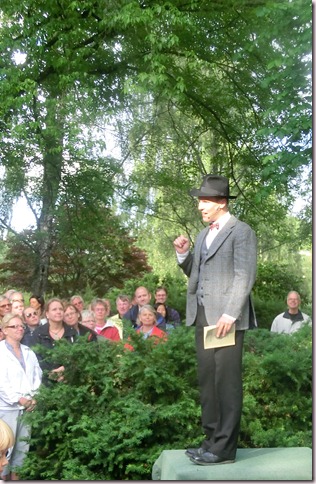 Moving on through the town’s cultural history in the 20th century, we were also reminded of some of the great artists who may not have lived here – and aren’t buried here either – but who at some point in history visited this town and left a lasting impression...

On  Monday 28th October 1963, the Beatles played in Borås. After three (!) successful concerts in Gothenburg the day before, The Beatles headed for Borås; a short journey about 60 kilometres. The boys spent a couple of hours signing records in a music store in the afternoon. Thousands of fans had found their way there. The Borås concert in the evening was the biggest during their tour in Sweden. 2500 people saw it and the audience screamed and shouted so loud that it was nearly impossible to hear anything. (A common phenomena during The Beatles later concerts around the world…)

Just as we had been reminded (I think I was barely aware of The Beatles back in 1963 – at age eight), an old bus drove up close to us, and… Hello, who is that? 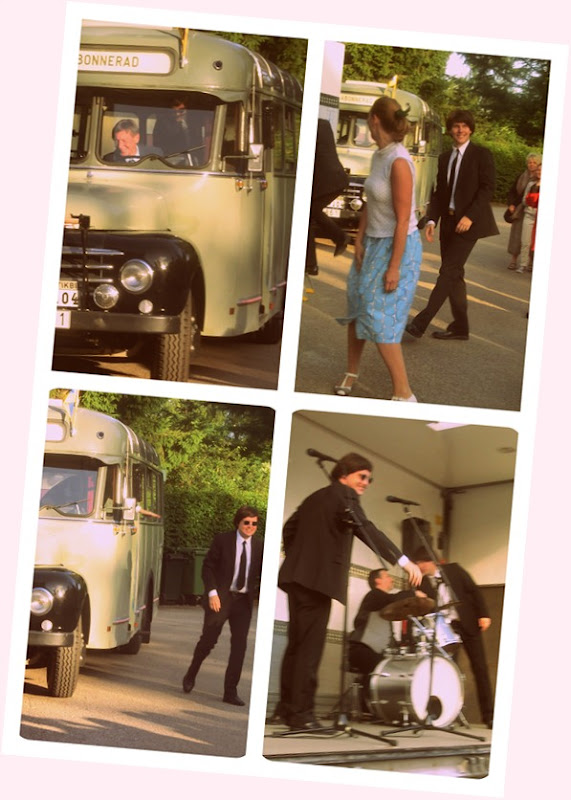