On the Trail of Our Ancestors

In September 2011, I blogged about my grandparents, both sets of them; with photos of the houses/cottages where they grew up.

Last week while my brother was here, we decided to try to find the respective childhood homes of our paternal grandparents. We knew they both grew up on the outskirts of the same village where they built their own house when they got married (also on the outskirts, but not the same outskirts).

We did have a rough idea where to find the farmhouse where our grandmother Sally was born and lived until she married our grandfather Gustaf. I’d even managed to locate it on Google before we set out, so that one was not hard to find at all. 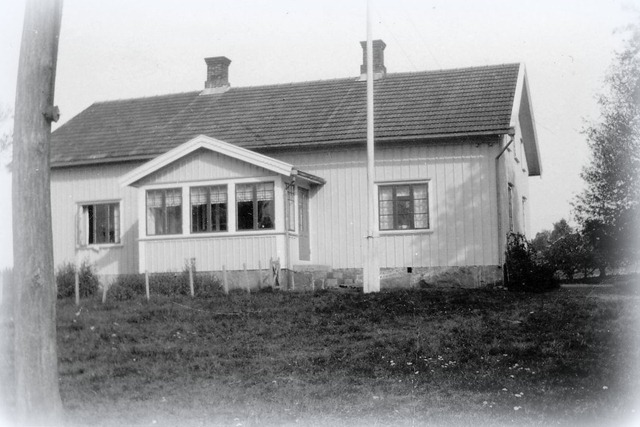 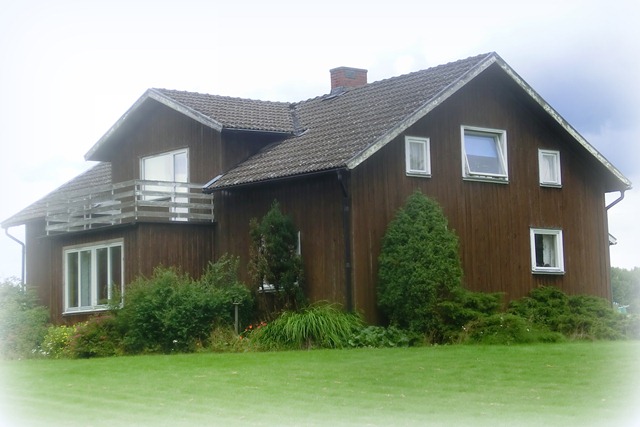 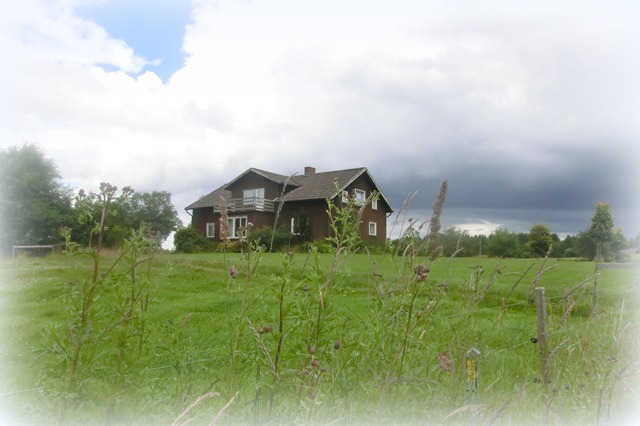 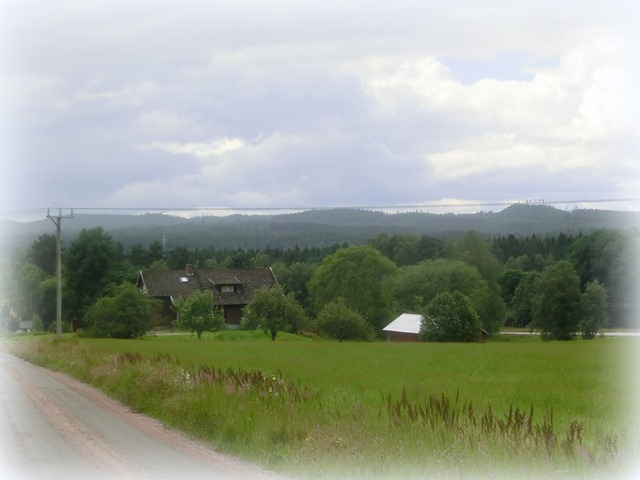 I was less sure about the small cottage where my grandfather grew up. I had tried to locate that on Google maps too, but all I could find was a spot marked with a similar but not quite identical name. However, that place was not very far from my grandmother’s farm, so we decided to try and find it.

The map showed two alternative roads. The first one turned out to be a dead-end, only leading up to a farm. The second road also led up to a farm, but proved to go on beyond it. And then… There it was. 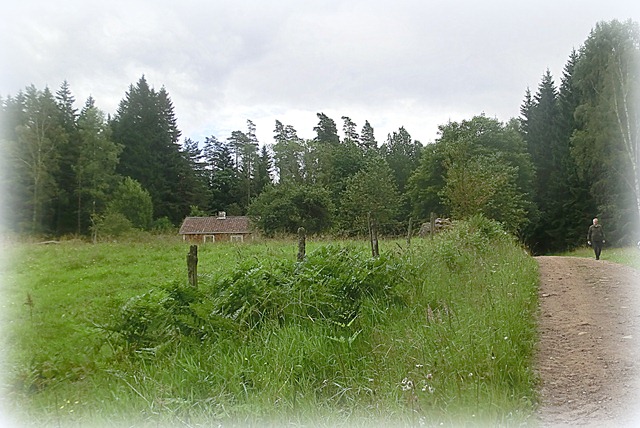 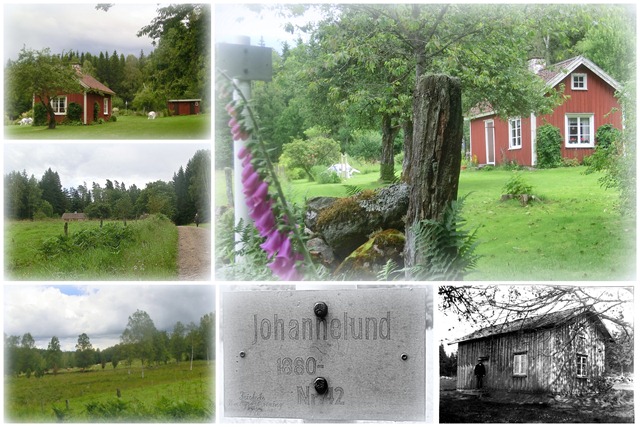 There was even a sign to remove all doubt. The Google map said “Johanneslund”. But the sign on a post at the gate says “Johannelund” which is the name I know from my grandfather’s notes and book. (He was a journalist with special interest in the old cottages in the area where he grew up – I guess it started with his own background.) From the book I know that it was named after a woman by name of Johanna (not a man called Johannes). I suppose Google did not read the book! Back in my grandfather’s days, the cottage was not quite as picturesque as it is now. It was unpainted then. There is a note under the photo in his photo album saying “the grey cottage – the childhood home”. 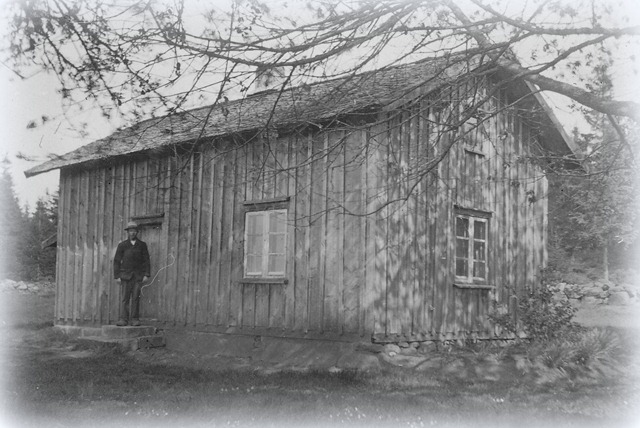 They must have had pretty much the same lovely view from the front of the house, though: 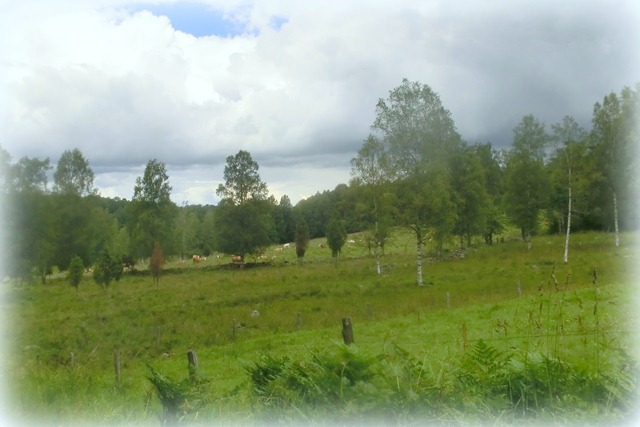 And the road probably hasn’t changed much either! 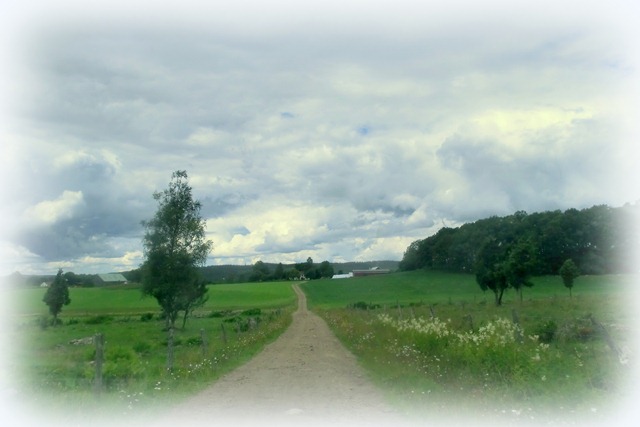 View towards the farm the cottage used to belong to.

After this excursion, at least one question can be put aside. I’ve been wondering (as I’ve begun to look into the stories of their lives a bit more) when and how my grandparents got to know each other. But seeing now that they were almost neighbours (from a countryside perspective) they would have been aware of each other’s existence since childhood. However, since my grandmother was four years older, it probably took  a while for “romance” to grow… (She was 30, he 26 when they got married.)

The kind of cottage my grandfather grew up in was/is called a torp in Swedish. These were small farm units within the estate of a bigger farm. The inhabitants of a torp leased rather than owned their land. Sometimes they owned the cottage but still had to pay lease for the attached piece of farmland. They paid through working on the main farm as well. The system changed gradually during the late 19th and early 20th century. Nowadays the old torp cottages are popular as summer cottages.

In my grandfather’s childhood and youth, it was his maternal grandparents who owned the cottage. (The grandfather was an ex-soldier.) In Gustaf’s early years, his mother and her brother lived there too. I blogged about their fate in life here.

Posted by DawnTreader at 18:19