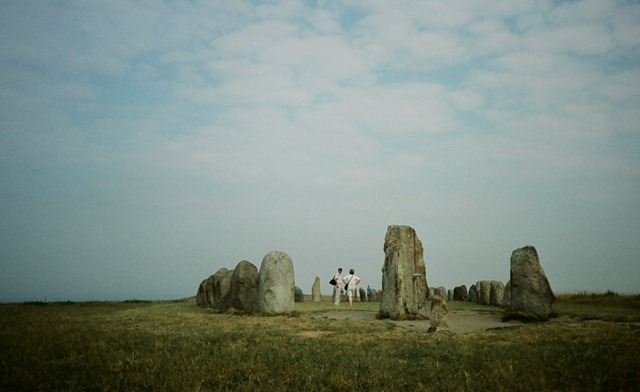 Two weeks ago I blogged about Ystad, a town in  southern Sweden. Within Ystad municipality, at the small village of Kåseberga, you’ll find the Swedish equivalent (perhaps) of Stonehenge: Ale’s stones (Ales stenar).

The photo above is my own from 1992; and so is the one below of wild poppies in a field nearby: 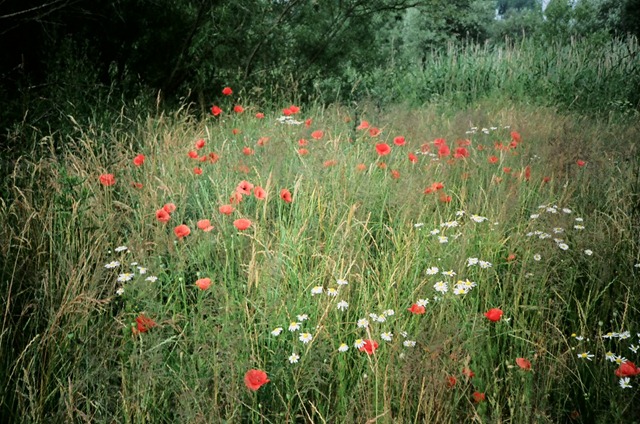 The following images are from public websites.

Ale’s stones is a stone ship 67 meters long formed by 59 large boulders of sandstone, weighing up to 1.8 tonnes each. According to Scanian folklore, a legendary king called King Ale lies buried there - the cousin of king Hrothgar of the Old English epic poem Beowulf. 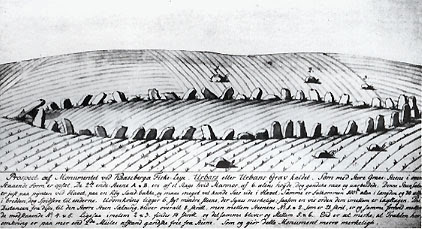 “Between the sea and heaven cants the coast
there Ale raised a giant ship of stones,
recumbent where the glare of light dispersed,
in the darkened stillness of the forms reconciles,
a saga obscured shrouded to the tones of the Baltic,
a memorial whose secret alone it conceals.”

The stone ship has been restored on two occasions – in 1917 and 1956. The 1917 resoration was probably quite minor compared to the one that took place in 1956.  Major digging and bulldozing work was then carried out without supervision by archaeologists.  A military facility built on the site during World War II had contributed to a state of disrepair. Since the 1980s, several archaeological and geological excavations have been carried out. The stone ship was probably erected between 500-1000 CE; but boulders from older graves in the same field may have been used. More speculative theories have also been proposed to suggest the stones were once used as a solar calendar.

Posted by DawnTreader at 23:22