My brother and I have continued to play tourists this week (three days in a row). We both felt we could do with a proper break from the usual stuff for a few days. So I’ve got lots of photos from “out of town” for a change – enough for several blog posts, I think.

In this one it’s still Thurday afternoon and we have just left Torpa Castle, and are driving along a narrow little countryside road… 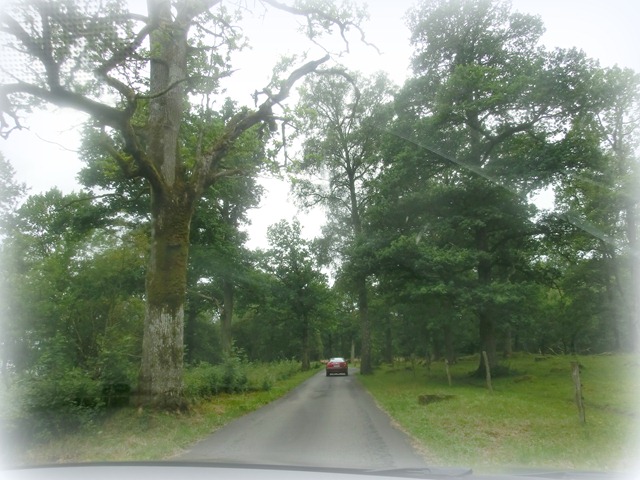 The landscape here consists of agricultural land and decidious forest. Even if we did not know, it would not be hard to guess that we’re on the land of some big old estate. 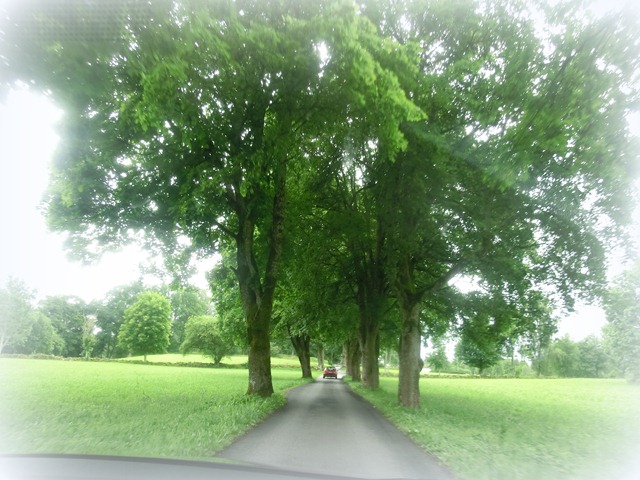 Huge old trees on both sides of the road give a clear hint that we’re approaching our next stop. 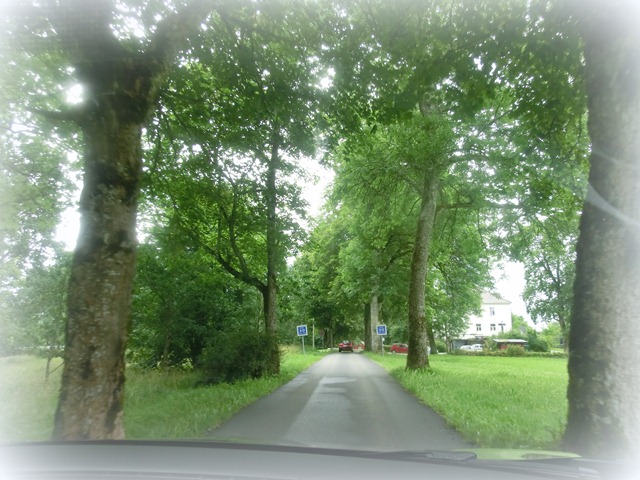 There it is, a glimpse of a big white house… 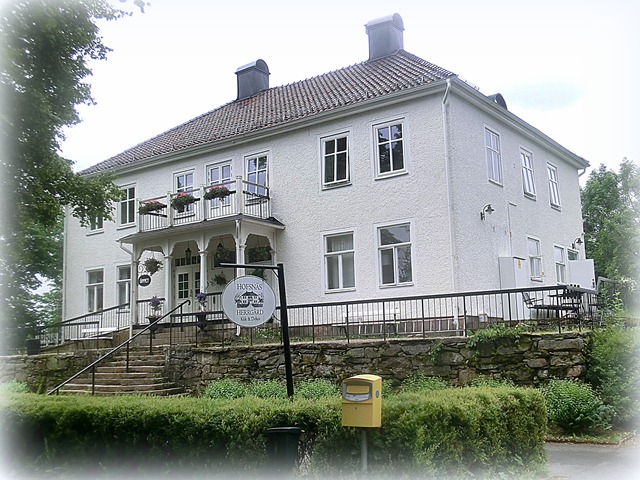 Hofsnäs, a former manor house, is now a restaurant and café. The estate is owned by the town of Borås since 1964 and serves as recereation area for town-dwellers who wish to get out into the countryside now and then.

The manor house we see today is not nearly as old as Torpa, but already back in the late 1400s there was some kind of castle here. In 1552, King Gustav I (Gustav Vasa) gave the estate to his father-in-law Gustaf Stenbock (the third owner of Torpa). In the late 1600s, however, Hofsnäs had lost its significance and fell into disrepair. A new manor house was built in 1854, on the same spot as the original one. It got burned down in a fire in 1923, but was rebuilt in 1924.

It is beautifully situated, overlooking vast lawns and the lake. On a sunny and warm day the place will be swarming with people picknicking and bathing. 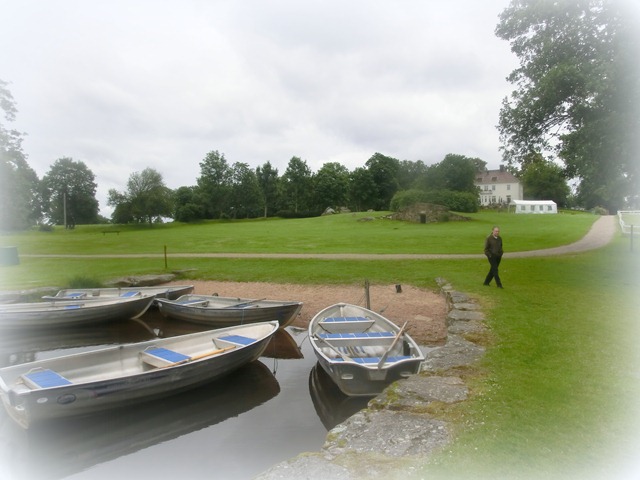 Not quite the weather for such activities on the day we were visiting, though. It had been raining heavily earlier in the day and was still rather chilly. 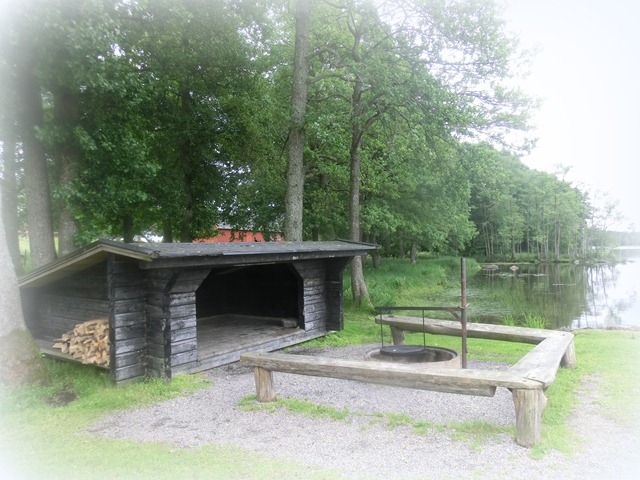 Personally, I prefer to just look at lakes and seas anyway, rather than being in them or on them… 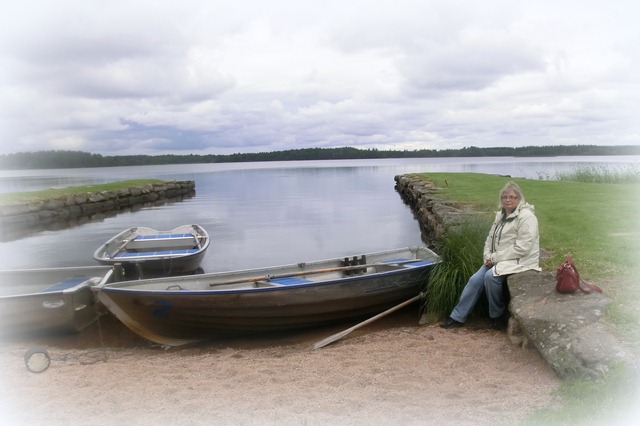 The 17th century wooden farmhouse is now a crafts shop: 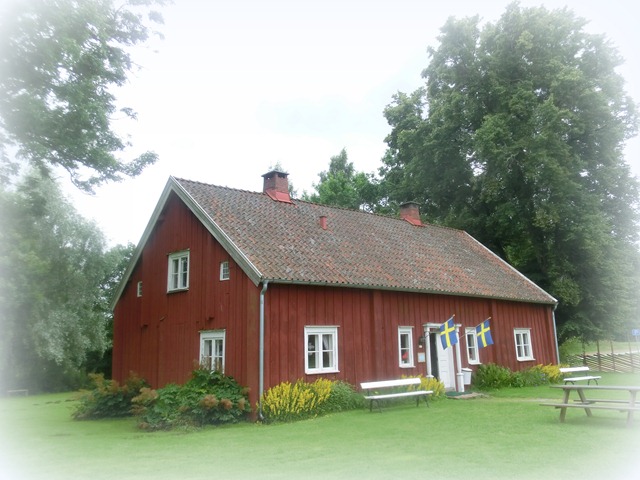 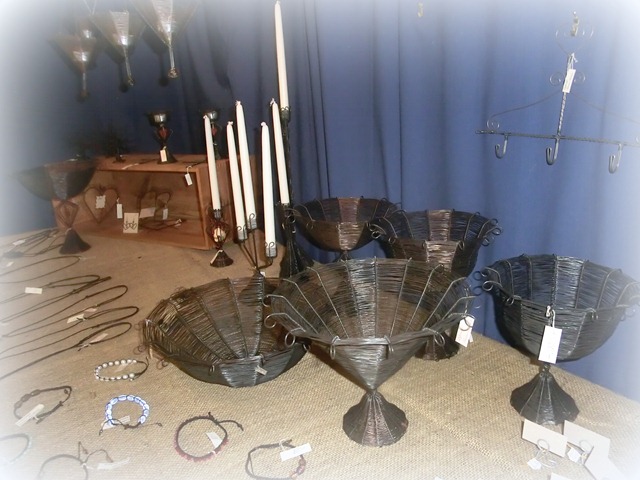 There is still also active farming going on at Hofsnäs: 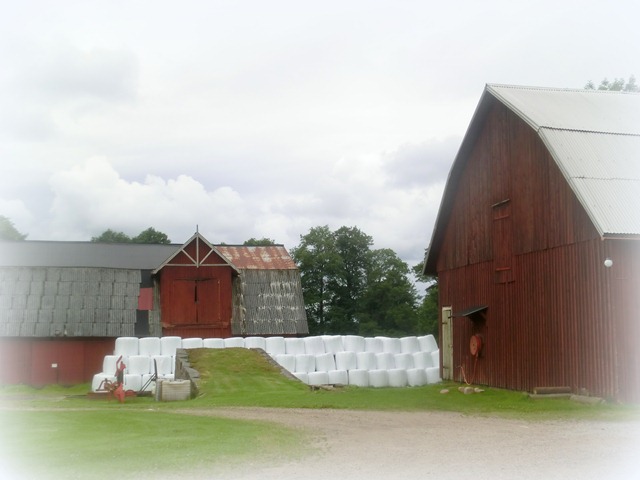 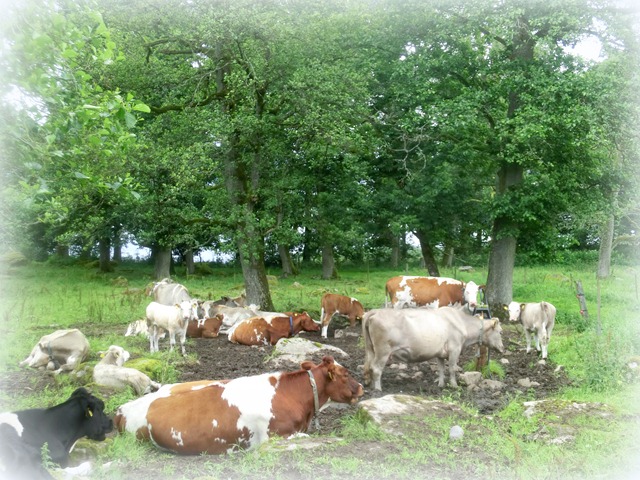 We stared at the cows for a while, and they stared back: 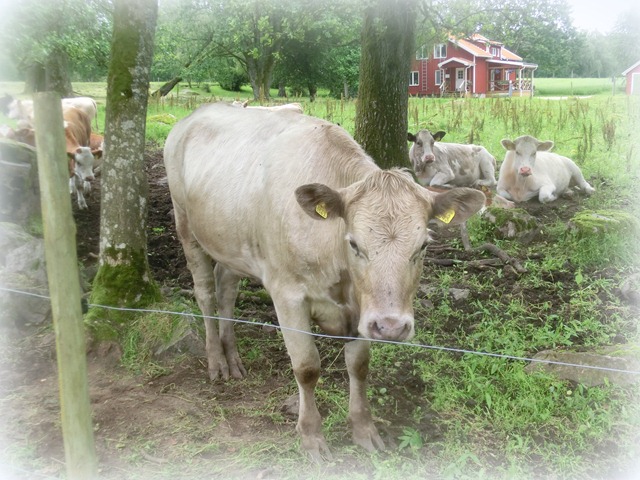 Enough sightseeing for one day. Time to go back home! 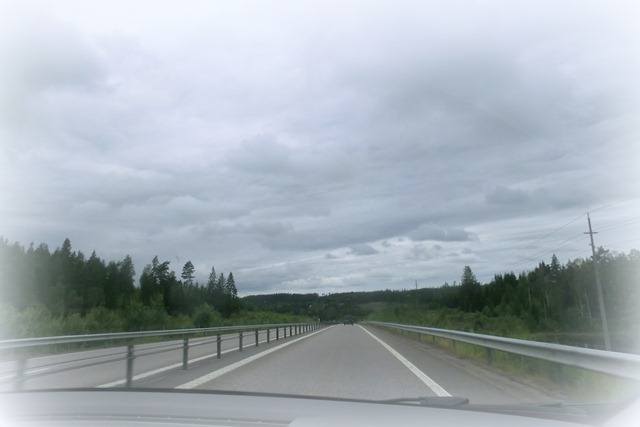 Posted by DawnTreader at 10:54