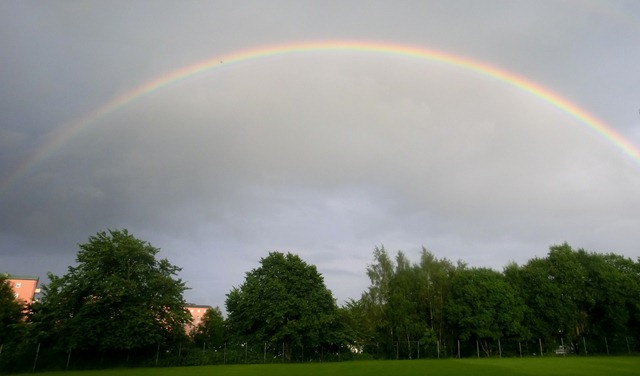 So at which end of the rainbow is the pot of gold supposed to be? 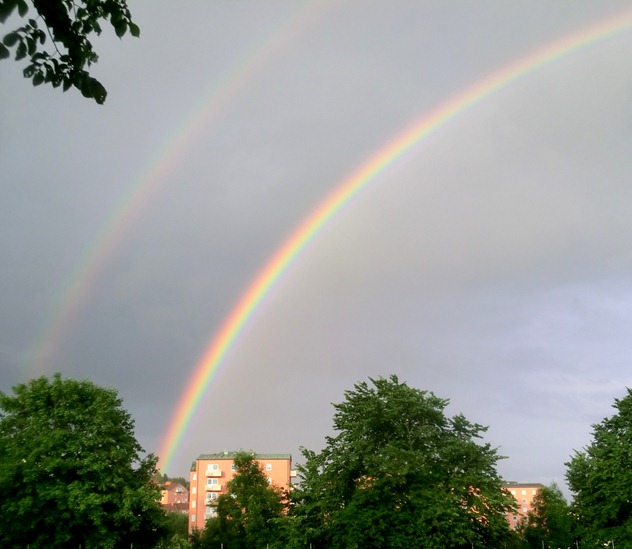 “In a double rainbow, a second arc is seen outside the primary arc, and has the order of its colours reversed, red facing toward the other one, in both rainbows. This second rainbow is caused by light reflecting twice inside water droplets.”

There was a full rainbow over the football field last night… But, unfortunately, before I had managed to remember how to do a panorama view, half of the bow had vanished. 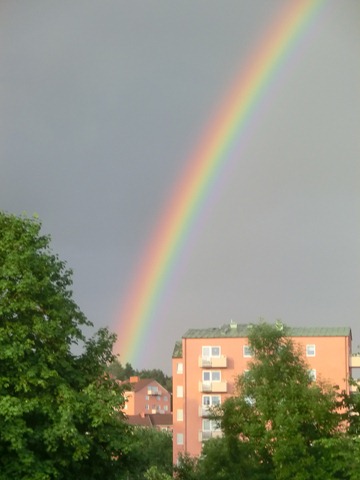 Remains to be seen whether I’ll get another chance to se a full rainbow this summer.  I have seen it in the same place before. But catching it is another thing… I can’t get the full view from my windows and before I get out there, more often than not it’s already gone.

Posted by DawnTreader at 20:25