Ystad is a town in the province of Skåne, Sweden, with 18,350 inhabitants (2010). The settlement dates back to the 11th century. The town is a busy ferryport, a local administrative centre and quite a tourist attraction.

Promotion video for Ystad on You Tube.

Since the 1990s Ystad has become famous as the town in which Henning Mankell’s detective novels about Kurt Wallander are set.

Myself I haven’t been to Ystad since 1992.
Back then it seemed a rather peaceful little town!

I recall it as rather difficult finding my way in the old town when driving, though, because the narrow old streets were all one-way. (Probably nowadays one isn’t allowed to drive on some of those streets at all. I can’t say, since it was so long ago I was there.) 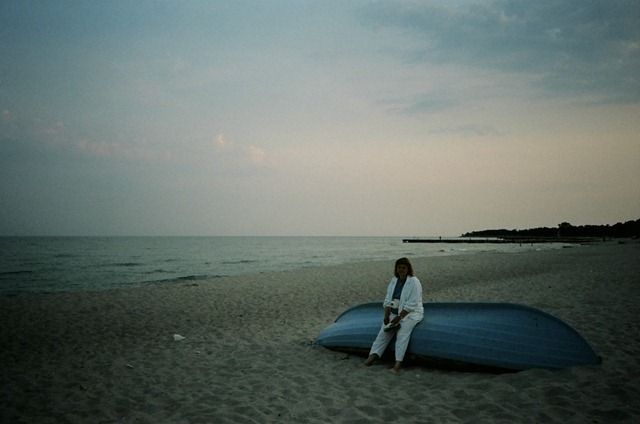 My own photo from the beach near Ystad in 1992. Some of you may recognize this photo. I used it for quite a while as header picture on my first blog.