When I took the photos below, I was thinking of my blogging friend Sandra the Mad Snapper. Partly because of her post Time Stands Still and partly because I probably know no one who lives more by the motto “just because I could” – well, when it comes to photography anyway…

I’m also sending thoughts to Ginny of Let Your Light Shine, another inspired blogger who’s been forced to take a break for a while.

So… can you guess what this is, below?
It is, of course, a photo that I took “just ‘cos I could”.
But what of? 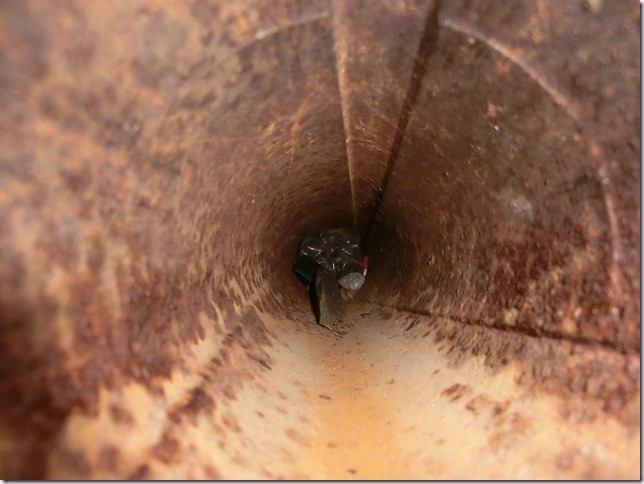 Those of you who visited my last Friday Shoot Out post may have a fair chance of guessing. The rest of you will presumably have some difficulties.

What happened was that I wanted to peek into something, but it was too dark to do so. But then it occurred to me to use the flash on the camera...

In some circumstances, I would not not recommend the procedure. Like if there is someone at the other end of the thing, standing ready to use it for its original purpose. But as there wasn’t, in this case I was safe…

Okay, I think I’ve chattered on long enough now to show you what it was I was looking into: 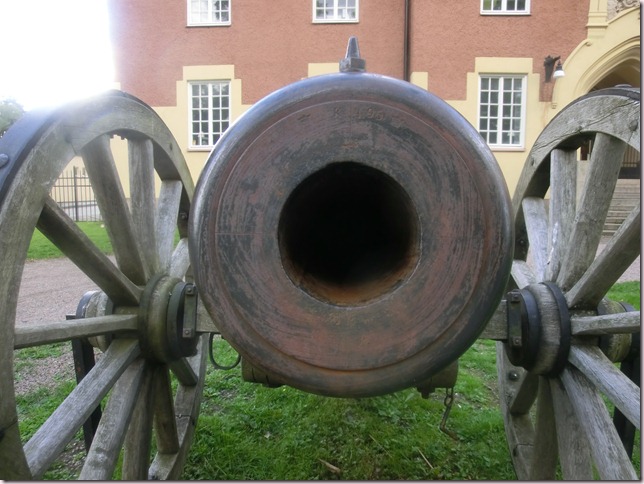 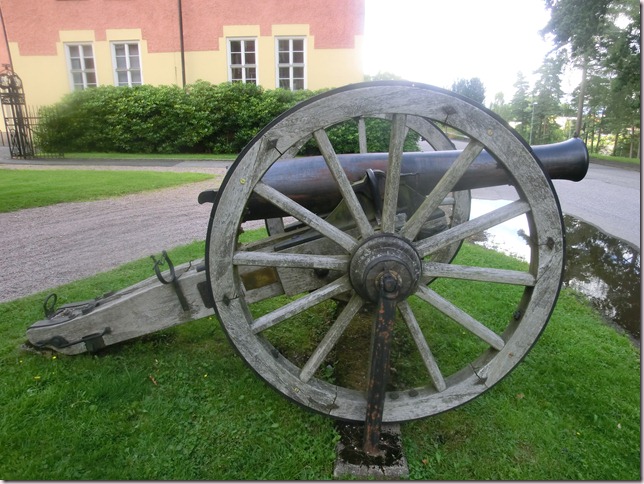 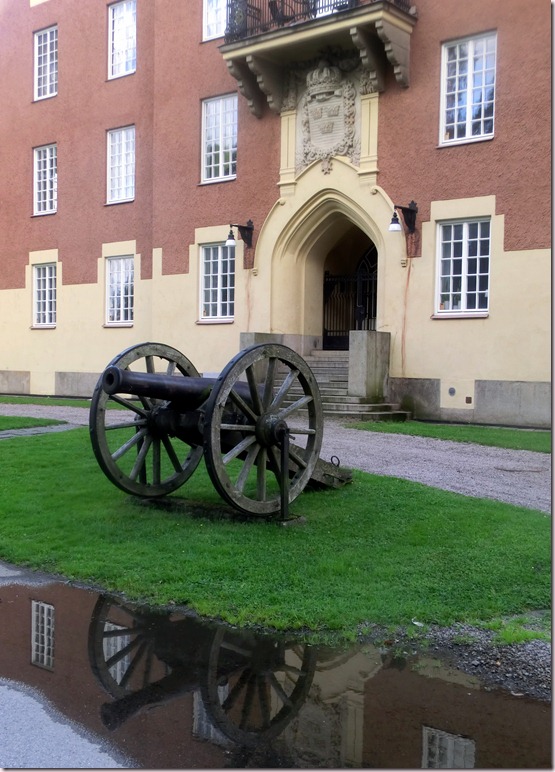 One of two cannons at the main entrance of our old regiment (now disbanded and the buildings used for other purposes; and the cannons hopefully used for no other purpose than as a reminder of history). 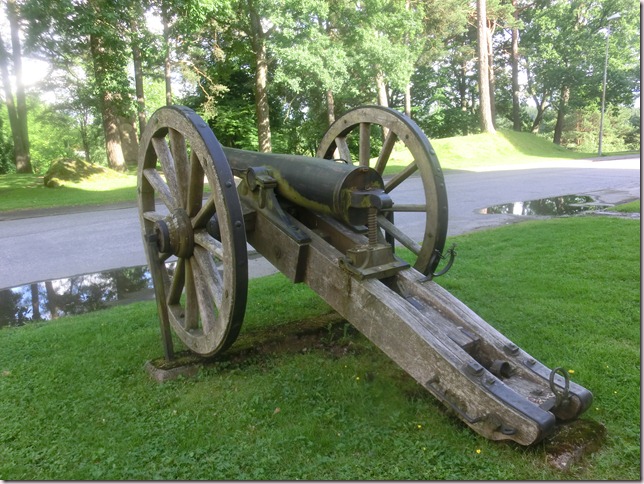 Anyway, I took lots of photos “just ‘cos I could”… 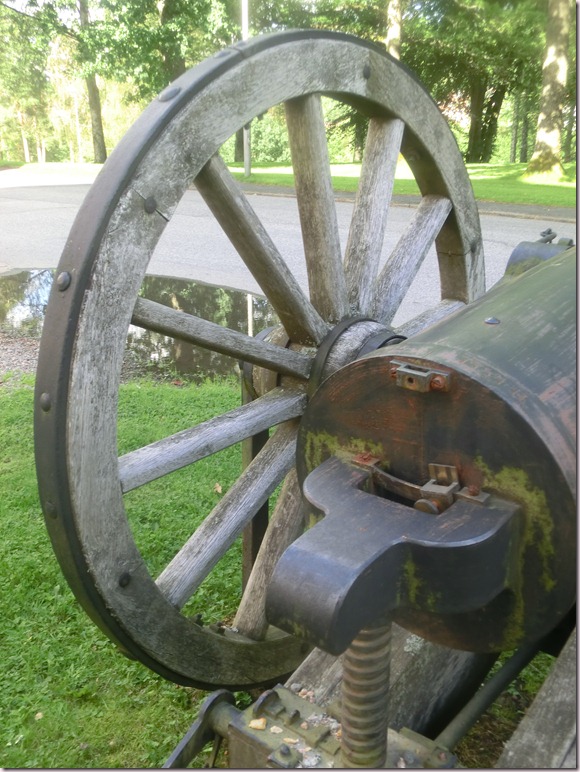 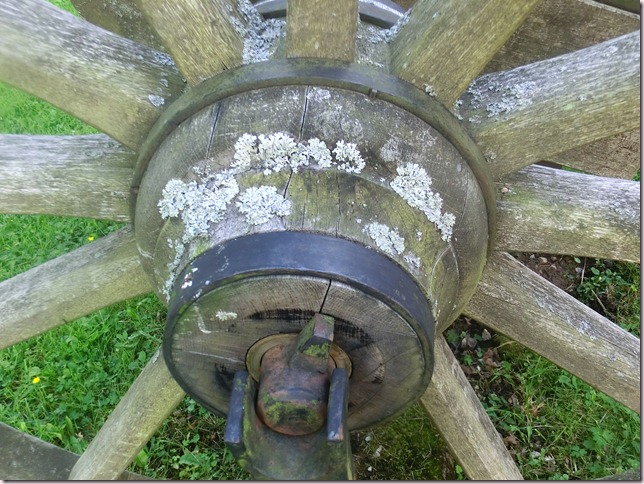 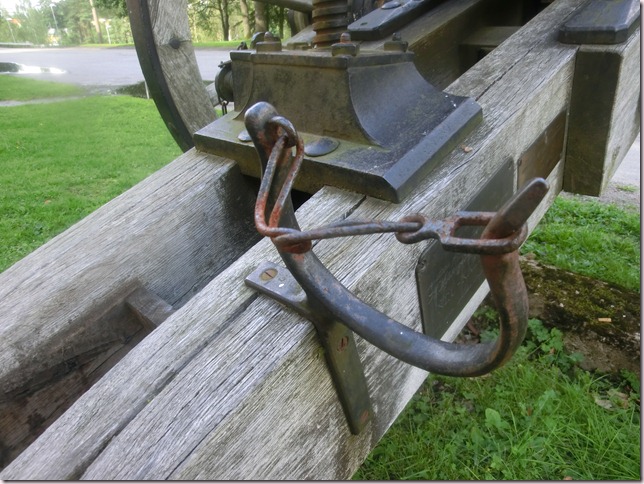 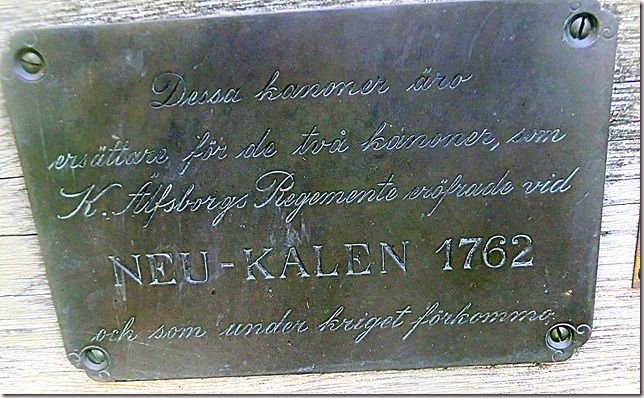 “These cannons are replacements for the two cannons that were captured by the Royal Regiment of Älfsborg at Neu-Kalen 1762 and which got lost during the war.”

This would have been the Seven Years War between Sweden and Preussia 1757-1762, formally ended on 22 May 1762 by the Treaty of Hamburg between Prussia, Mecklenburg and Sweden - a treaty which reaffirmed the pre-war status quo.

I find the wording on the sign amusing in a sad sort of way. Can’t help wondering who got yelled at because they left the original cannons behind… The proof that they’d won at least that one battle…

Sweden has not officially been at war since 1814. 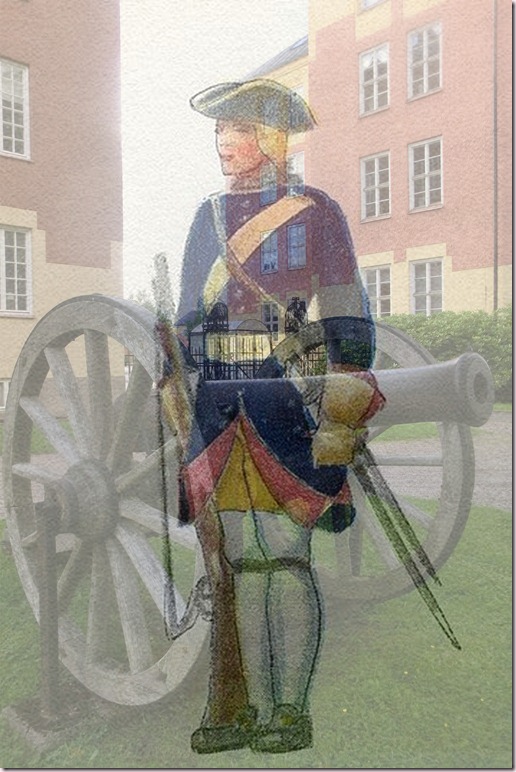 He would not have seen these buildings  though, they weren’t built until in the early 1900s. 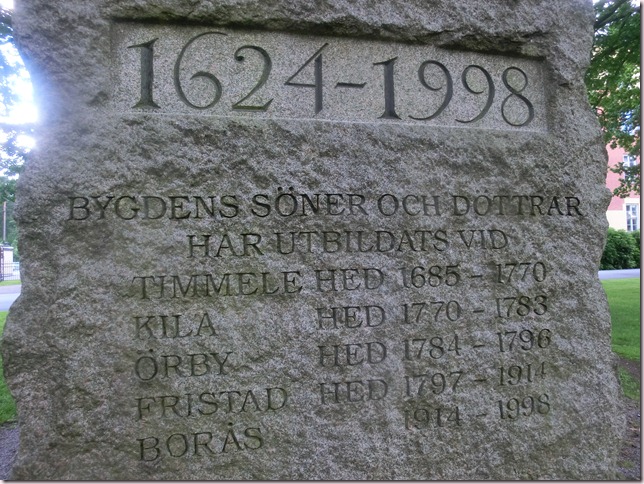 A memorial tells where soldiers were trained in the past. 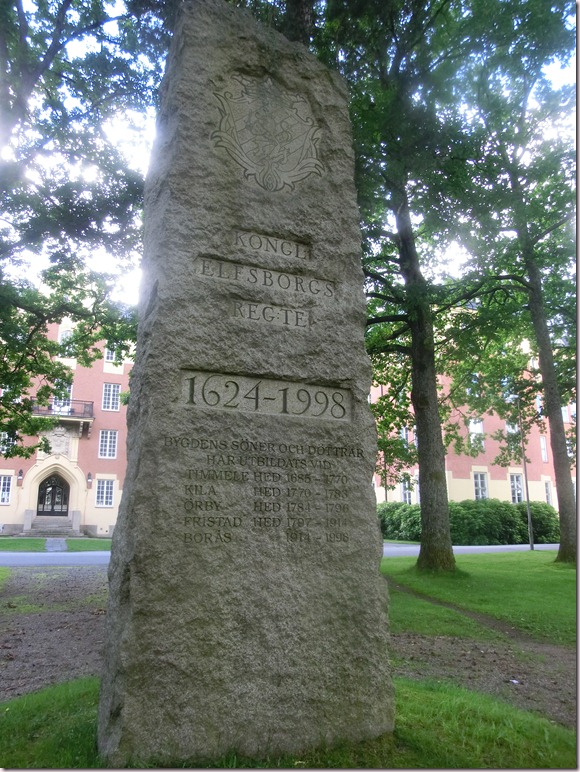 Posted by DawnTreader at 15:11