It's Been Too Hot 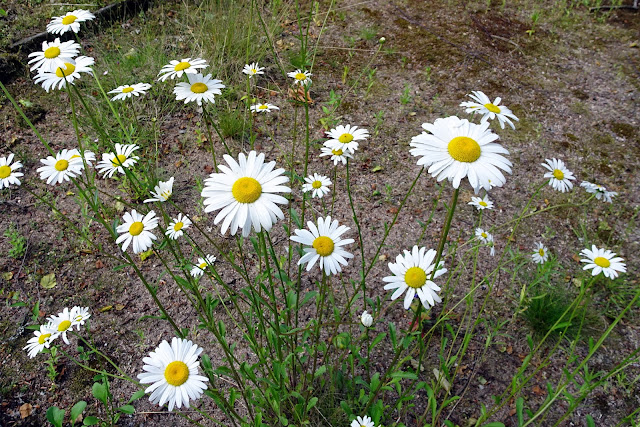 Just to sum things up: It's been another week of TOO HOT... Both outdoors and indoors. Too hot to blog, too hot to sleep at night, too hot to be out or otherwise do much during the day.

During the night to today the heat broke, though. We had some rain, and the outdoors temperature dropped considerably. Today it's also been windy, and I've been able to let some fresh air in and bring the indoors temperature down a bit as well. I was also able to go out after lunch (walking to the supermarket for a few things). Back home, with a cup of tea (and a bowl of strawberries), I re-watched an episode of a TV series that I seemed to recall also having watched yesterday (but then my boiling brain couldn't make sense of it).

And now I seem to also have written a blog post, even if hardly one of my most inspired. 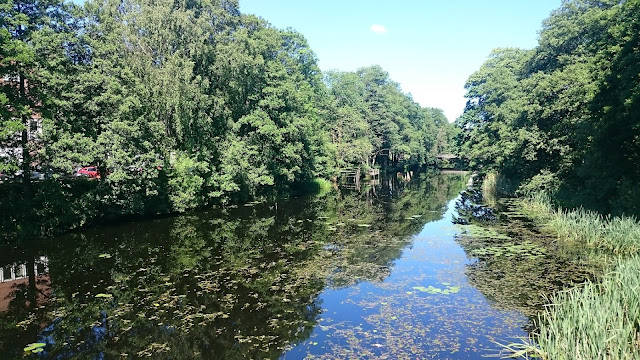 Even the river has been looking kind of tired and dusty this week.

Posted by DawnTreader at 19:40