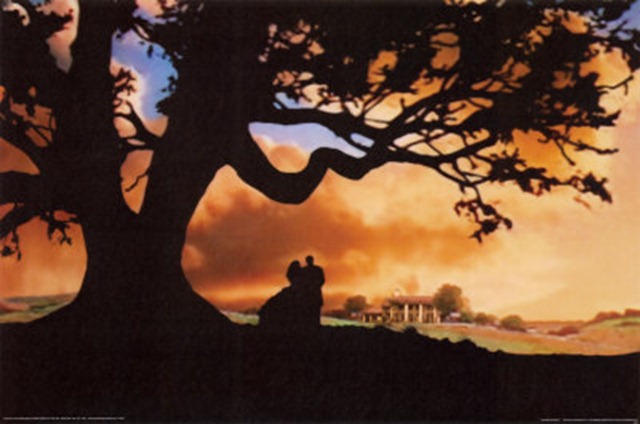 Deb at Booking Through Thursday asks:

“What’s the most romantic book you’ve ever read? (Mind you, I don’t mean the hard-core stuff you hide in plain wrappers under your mattress. I mean True Love, Romance, deeply emotional, heart-tugging, and all that stuff.) And, secondly, did you like it? Is it your usual kind of reading, or did it take you by surprise?”

Sometimes, with questions like this, I guess one had better just go with the first answer that comes to mind. So I’ll do that. 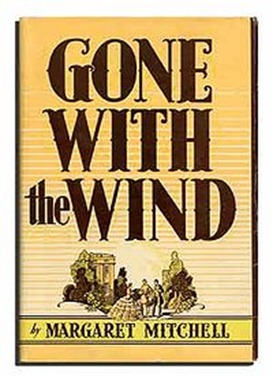 Gone With the Wind by Margaret Mitchell. I don’t have it; and it has been about 40 years since I first read it, and probably 35 since I last read it. I bought the film on DVD a few years ago though. I am not sure if I first saw the film before or after I read the book. That too would have been some time in my upper teens, at the cinema. What I do remember is borrowing the book from the town library. (We lived in a village outside town which had its own small library; which means I did not borrow this book until I had started going to school in town. Probably not until I was 16 and going to  secondary school in the town center. Possibly earlier, though: I had two weeks’ work practice at the library in town in 8th grade, at the age of 14.) I can see before my inner eye where in the library the book stood. It was bigger than a Bible, a comparison that came easily to mind because the text was printed in two columns on each page (first time I ever saw that except in a Bible) and it had a red library cover. I think I borrowed it at least twice within a few years time.

Then there is of course Jane Eyre by Charlotte Brontë. I reread that one only a couple of years ago. And Jane Austen’s novels: Emma, Pride and Prejudice, Sense and Sensibility, Persuasion, Northanger Abbey, Mansfield Park. All read more than twice.

I have a feeling that over the years I must also have read a number of romances more or less copying Jane Eyre: Governess coming to manor house or castle to teach some widower’s children or a bachelor’s nieces, revealing deep dark family secrets, and happy end… But I can’t recall specific titles or authors.

… Oh, one name just fluttered by. Victoria Holt. Looking her up in Wikipedia now, I find to my astonishment that she wrote under several other pen names as well. Her real name was Eleanor Hibbert and it seems that during her life (1906-1993) she wrote well over 200 novels! Gosh. I had no idea. I guess I might have read half a dozen at the most.

Posted by DawnTreader at 12:30