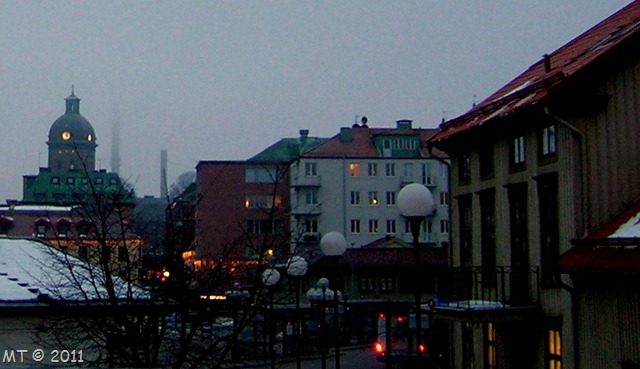 The Internet is becoming the town square
for the global village of tomorrow.
~ Bill Gates ~

After my internet suddenly decided to come back “on” yesterday, I had no more trouble with it that day. It was also functioning as it should when I first turned on the computer this morning to read some blogs. Then suddenly at 9.45 it went “off” again. I had been nowhere near the modem or router; the computer is in another room. Looked out my window – we’re back to rain, and the thought of going into town (to pick up a test modem from the cable company) did not feel tempting. It struck me that there was one other thing I might try. What if the fault was not in the modem as such but in the cable between the modem and the router? I had noticed yesterday that I did have a spare cable of that kind. So I switched. And voilà… The internet came back “on”. Remains to be seen once more whether it will last…

Happened to come across the internet quote by Bill Gates yesterday. Isn’t it true! Here’s where people meet now…

Back in December, when we had the Christmas Market in our town square, I did run into a couple of friends there on some occasion. Otherwise I rarely seem to meet people I know in the town center (unless we have arranged to do so, of course). I guess partly it has to do with me being in early retirement, while most people my age are still working. I now try to avoid the weekday rush hours if I can – crowded busses especially. I also suppose most people with cars prefer the supermarkets and shopping malls on the outskirts rather than going into the town center.

Yesterday, going to my health care center for some more tests around 7.30, I was out unusually early for a winter morning. Went into town on a bus full of school kids. Being a cloudy, foggy kind of day, it was still half dark when I got out from the HCC. Most shops weren’t open yet (most of them open at 10 am). I walked through rather empty streets to a grocery store that does open early, before I took a bus home again. I had my camera with me, and did manage a few pictures that might fit this week’s photo themes.

My two worlds: The Town, and the Internet…!

Posted by DawnTreader at 11:32