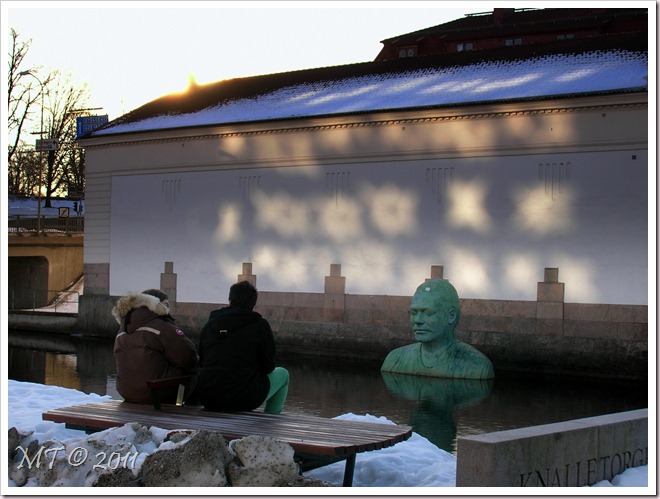 Some of you will recognize this statue in the river by now. His name is Bodhy and he was made in the image of his creator. What made me stop and take his picture on this occasion was partly the light reflections on the wall behind him and partly the people on the bench, absorbed in contemplation (or perhaps conversation) of their own. A not too common sight in mid winter.

This photo was taken three weeks ago but as for the amount of snow and ice and light it could just as well have been today. In between we had some thaw and slush but then it froze again and snowed again, and since then it has stayed cold (well below 0°C). No major weather change is predicted for next week either, so in spite of increasing daylight, spring still seems far away.

Posted by DawnTreader at 17:50