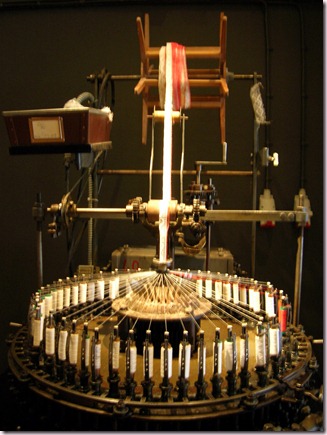 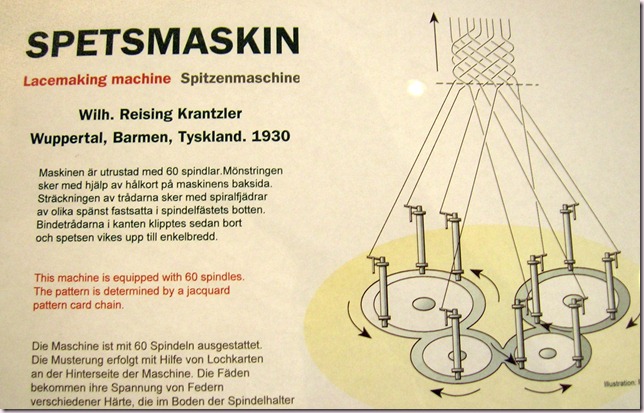 Lacemaking machine:
The machine is equipped with 60 spindles. The pattern is determined by a jacquard pattern card chain.

The Jacquard looms have been called predecessors of  computer technology since they worked with punched cards (holes/no holes, cf 0/1) to control a sequence of operations. 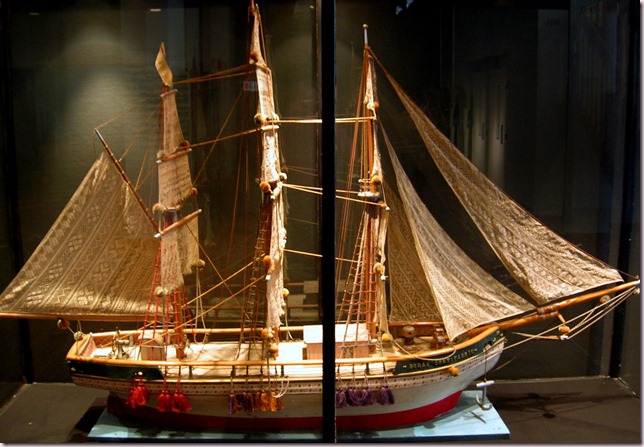 In a glass case in the machine hall at the Textile Museum there is a model ship. Take a closer look at the sails: 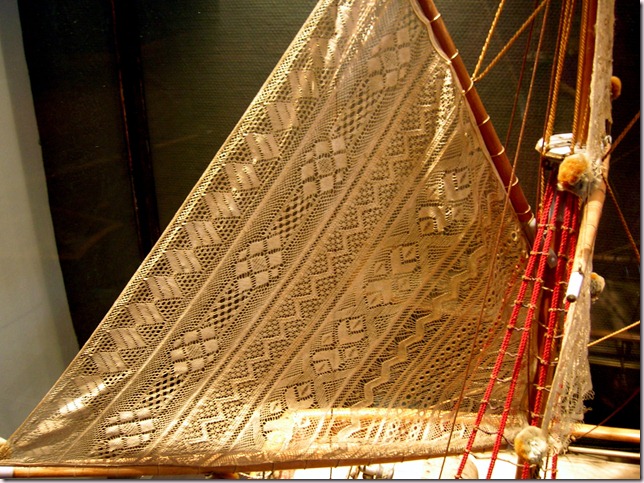 "Lace is as much about the space between the
threads as it is about the threads themselves."
~ Lori Howe ~ 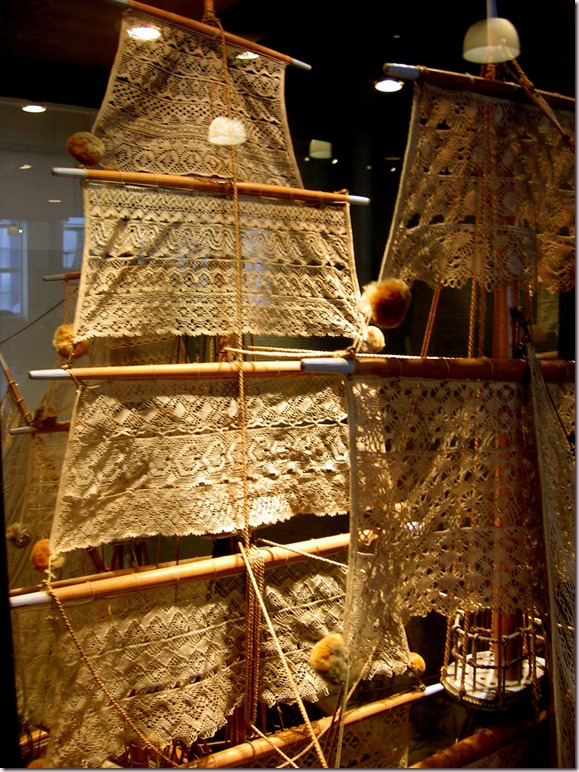 What the artist behind this work of art was thinking of I’m not sure, but my guess is the ships that first brought the raw material for the cotton industry from far away countries.

The first mechanical cotton mill in Sweden was built in 1813 (as it happens, located in the village where I grew up in the 1960s).

Two hundred years ago, mail from distant countries travelled no faster than the ships across the oceans. The first commercially successful transatlantic telegraph cable was completed in 1866.

I started preparing this post yesterday. This morning, before I returned to complete my draft and post it, I had a glance at some other blogs. A short comment on one of them alerted me to the fact that there had been new earthquake disasters in Christchurch, New Zealand, while I was asleep. Since there is a 12h time difference this news had not got into my morning paper, and I had not had the radio or TV on in the morning.

So… The first news to reach me about this event was a concerned personal blog comment from a blogger living elsewhere in the world to a blogging friend in NZ. Then I typed a few words into Google, and in an instant I was able to take part of the latest update of the whole row of aftershocks.

The NZ blogging friends whom I’m following on a regular basis live on the North Island. But my sympathy goes out to them too today, because they in turn have friends in the earthquake area.

In the midst of tragedy I can’t help being in awe of the speed with which news travel nowadays. And all the intricate lace of friendships that is being woven all over the world with the help of those little ‘zeros and ones’…

Posted by DawnTreader at 13:04