In Gränna, besides polkagrisar, you will also come across a lot of air balloons, polar bears and the name Andrée. 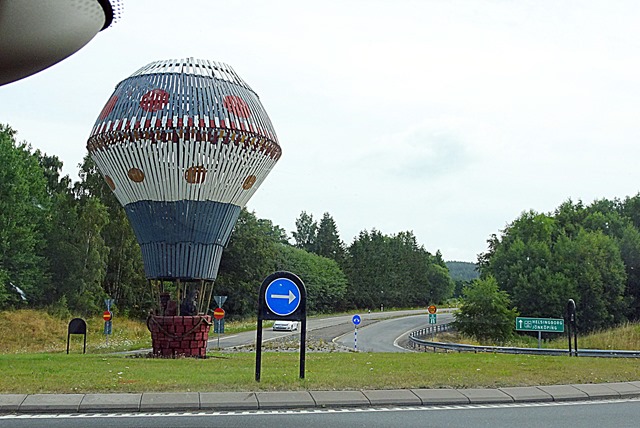 A wooden balloon sculpture in a roundabout; made by Calle Örnemark (cf. earlier post The Giant). 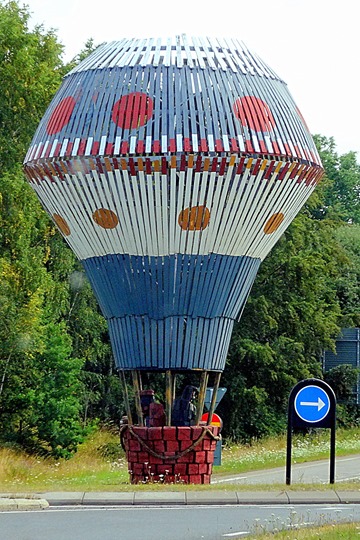 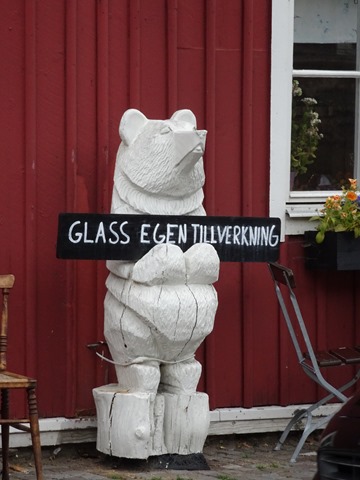 Polar bear offering home-made ice cream.
(We did buy a portion of this - guess what flavour??) 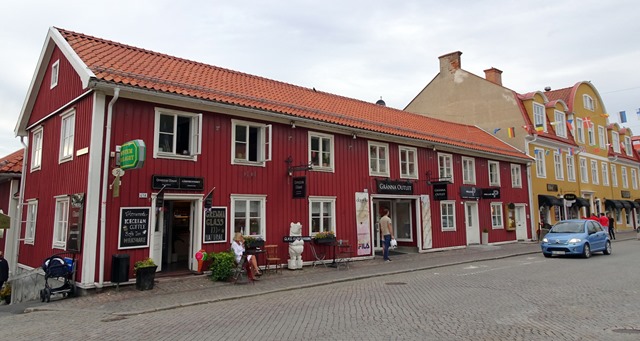 And if ice cream sounds too cold, there are alternatives… like ‘McAndrée Burgergrill & Pizza’ (?!)… 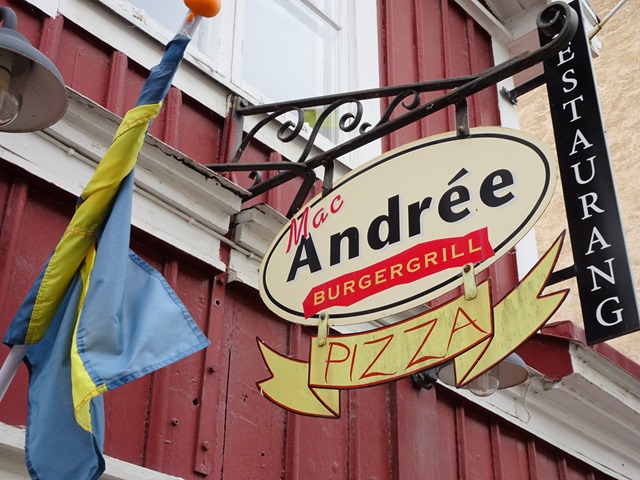 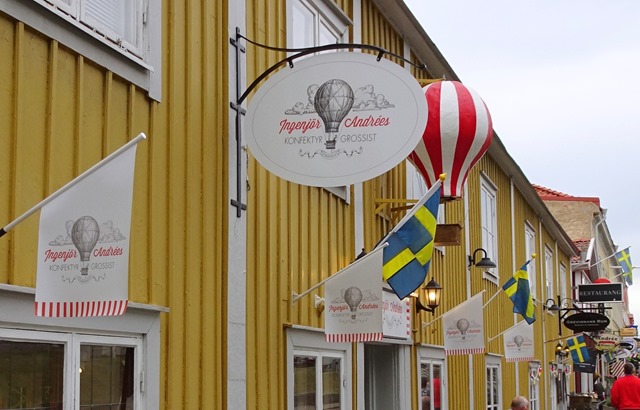 This may all seem puzzling – unless you have done your homework beforehand, and already know that Gränna is also the birth town of S. A. Andrée (1854-1897): A Swedish engineer, physicist, balloonist and polar explorer; and the leader of an attempt back in 1897 to reach the Geographic North Pole by hydrogen balloon. The expedition was unsuccessful, however, and resulted in the deaths of all three of its participants. There is a whole separate museum dedicated to this adventure. ´

So let’s go and have a closer look at that! (in the red building to the right) 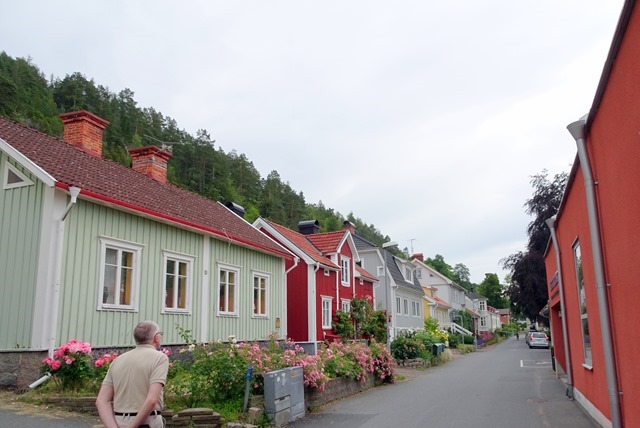 S. A. Andrée's Arctic balloon expedition of 1897 was an effort to reach the North Pole, in which all three expedition members perished. S. A. Andrée (1854–97), the first Swedish balloonist, proposed a voyage by hydrogen balloon from Svalbard to either Russia or Canada, which was to pass, with luck, straight over the North Pole on the way. He was accompanied on the journey by Nils Strindberg (1872–97), photographer, and Knut Frænkel (1870–97), another engineer. The main scientific purpose of the expedition was to map the area by means of aerial photography. 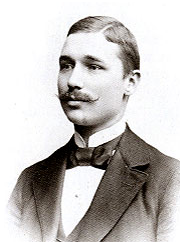 There was a lot of media fuss about the expedition beforehand. And then – they just disappeared! For 33 years the fate of the Andrée expedition remained one of the unsolved riddles of the Arctic – until a chance discovery was made in 1930 of the expedition's last camp, on Kvitøya (White Island) in Svalbard. Some of the items from the expedition were salvaged, including Strindberg’s undeveloped photos (some of which could be saved) and Fraenkel’s journals with meteorological observations; providing answers to some of the mysteries. 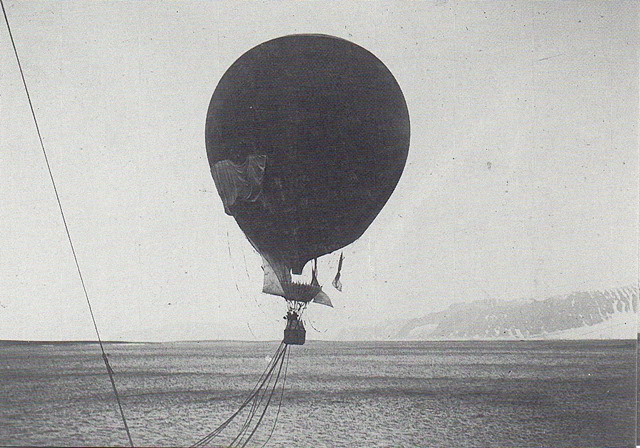 After they lifted off from Svalbard in July 1897, the balloon lost hydrogen quickly and crashed on the pack ice after only two days. The explorers were unhurt but had to trek back south across the drifting icescape. Inadequately clothed, equipped and prepared, they did not make it to safety. As the Arctic winter closed in on them in October, the group ended up exhausted on the deserted Kvitøya (White Island) in Svalbard. This is where they died, and where the remains of their camp were found 33 years later. 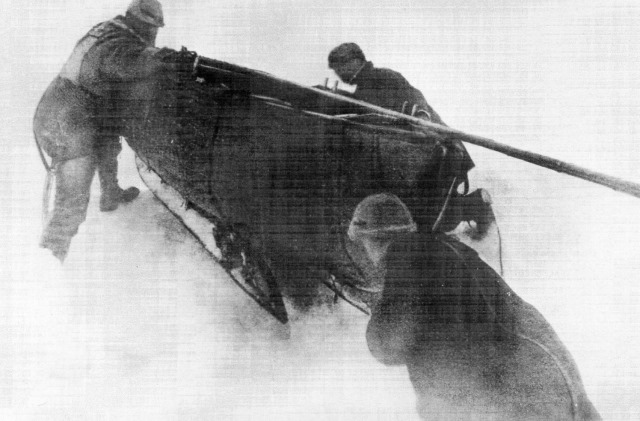 One of Strindberg’s photos showing all three of them pushing their boat/sled over the ice. Strindberg used a cable release to take the photo. (Postcard)

Modern researchers all seem to agree that Andrée's scheme was unrealistic. He over-optimistically relied on the winds blowing more or less in the direction he wanted to go, on being able to fine-tune his direction with the drag ropes, on the balloon being sealed tight enough to stay airborne for 30 days, on no ice or snow sticking to the balloon to weigh it down - etc.

Below are my photos from the museum. 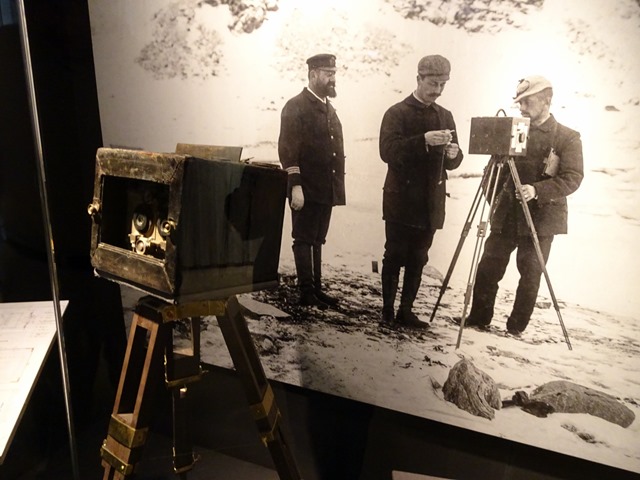 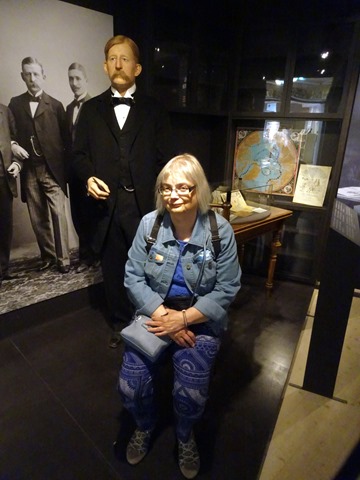 A temporary member of the expedition 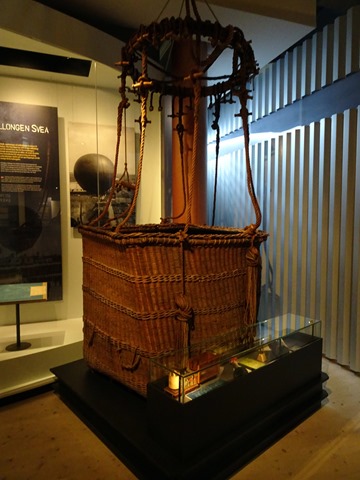 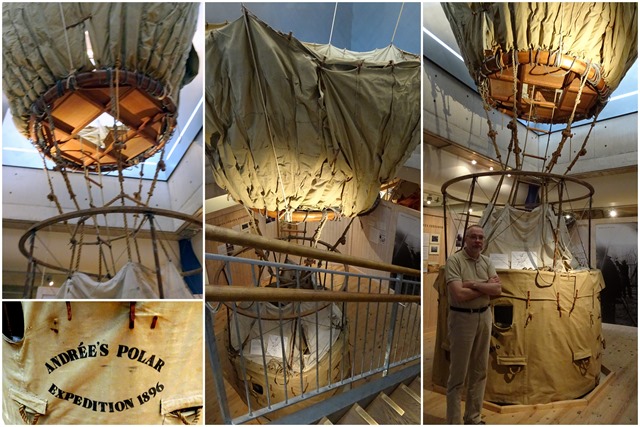 Replica of the balloon used in the film Flight of the Eagle (‘Ingenjör Andrées luftfärd’) from 1982, directed by Jan Troell. 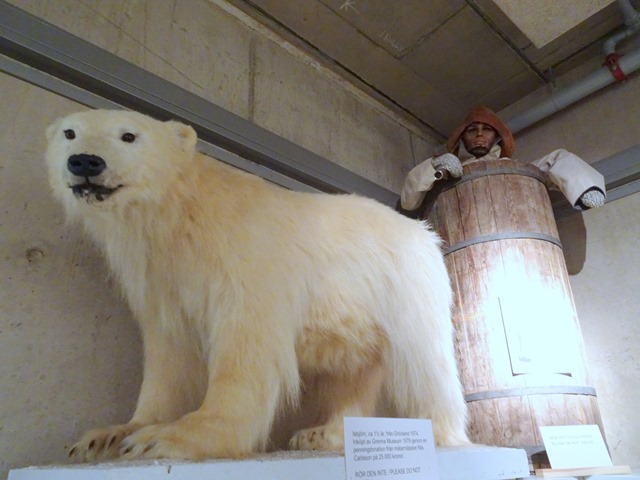