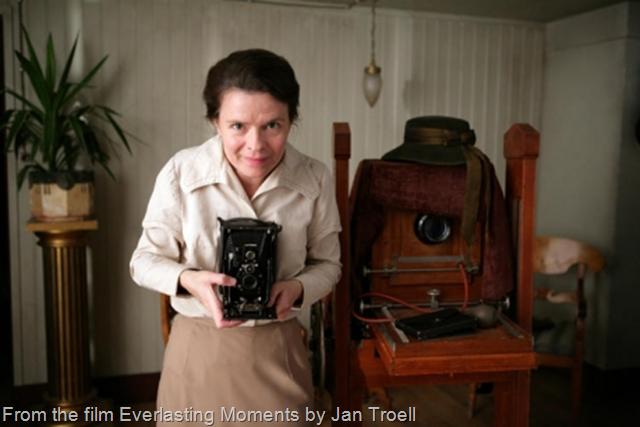 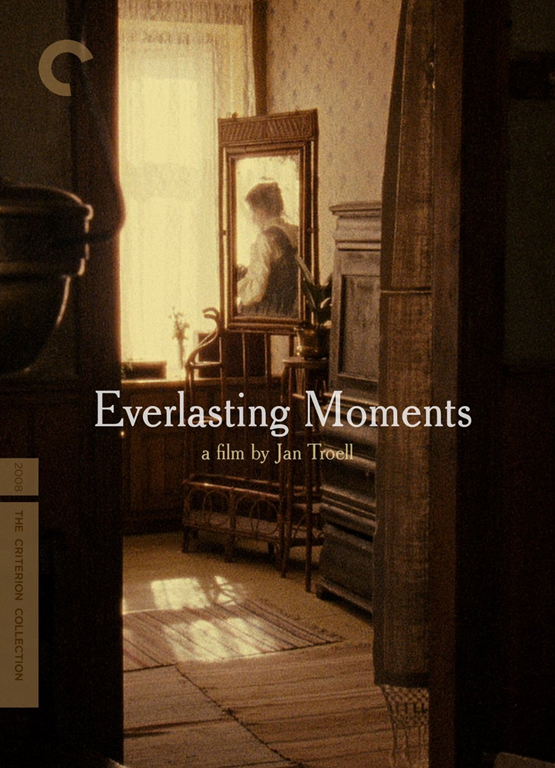 I’m not sure if I’ve ever reviewed a Swedish film on my blog before, but today I will; after having checked that it does seem to be available also in the English-speaking world.

I watched it on TV last weekend and found myself fascinated. I think maybe some of you who perhaps normally do not watch foreign movies with subtitles might find it interesting, too. Not especially because it’s Swedish, but because it is about photography, and “falling in love with the camera”.

The English title is Everlasting Moments (in Swedish: Maria Larsson’s eviga ögonblick). It is a 2008 Swedish drama directed by Jan Troell, based on a book by his wife Agneta Ulfsäter Troell about an ancestor of hers. A young working class woman back in the early 1900s, Maria Larsson, happens to win a camera in a lottery. She is the mother of five or six children and married to an alcoholic husband. She intends to sell the camera, but the photographer she tries to sell it to persuades her to keep it, and learn to use it instead. The camera changes her life, and gives her an identity of her own besides being a wife and mother. The story is told through the eyes of the eldest daughter, looking back and trying to understand her parents’ marriage and her mother’s fascination with the camera.

One aspect that fascinated me was the historical perspective… It’s so easy to forget now that it’s not more than a hundred years ago since a camera was a very rare thing to own – and for a woman even more so! - and each picture had to be arranged with such care, and developed in the darkroom (I remember doing that with my dad sometimes back in my childhood)…  Now… “everyone’s a photographer”… ;) But it is still true what the photographer in this film says, when looking at Maria’s pictures: “Not everyone is endowed with the gift of seeing.”

Read more about the film and watch the trailer at IMDb.

Posted by DawnTreader at 18:13