Slip-Sliding Away Into A New Year

Oh dear… It’s hard work, moving blogs! I’m not regretting it, but I hope it will be a while before I have to do it again…

All in all, after a quiet Christmas, the New Year got off to a rather intense start for me - and a bit of a roller coaster as far as the weather is concerned. 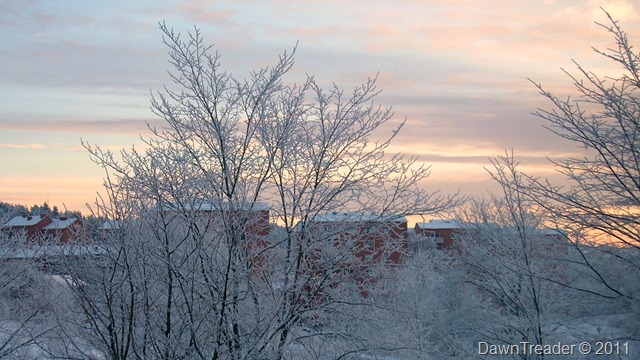 The morning of New Year’s Eve was sunny, snowy with an extra layer of frost on top, and around -11°C (12°F). I went for a walk to the supermarket for a few things, brought my camera along and spent some time taking photos on my way, too. 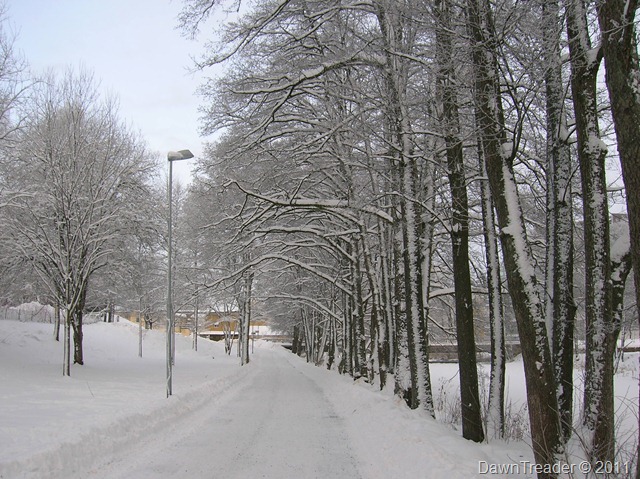 Since a decade or more it has become a tradition that I spend New Year’s Eve with the same three friends, and usually at my place. This year one of them had her mother staying with her as well, so she came along too. We always watch a film, and this year we ended up with the Tim Burton/Johnny Depp version of Alice in Wonderland. The link goes to my review from August 2010. I liked it back then, and found it well worth watching again now; the others had not seen it before, but seemed to like it too.

When my guests arrived around 7 o’clock pm, one of them remarked how much snow there was on the chain of lights on my balcony railing – one could hardly see the lamps even when lit.

When they left around 00.30 am, there was no longer any snow on the balcony railing. Even most of the snow on the floor out there was gone. The thermometer showed ~ +3°C (37°F)! 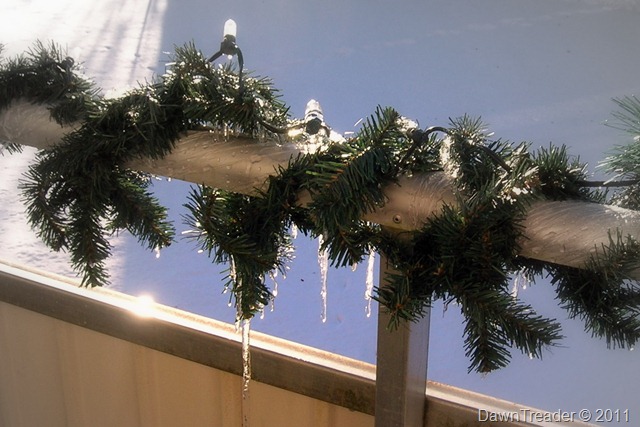 So New Year’s day began with thaw, and the trees looking naked after having been covered with snow for weeks on end before that.

The thaw did not last long, though. By Sunday, the temperature had dropped down to –11° again – and frozen the streets and walkways to pure ice…

My brother as well as my aunt and uncle were here for the weekend (not staying with me though). I saw my brother on New Year’s Day, and on Sunday all four of us spent some time with my dad at the service center where he lives now. My brother checked up on (and stayed the night in) the abandoned House. To our relief things seemed to be in working order there. (Last winter it went by the name of “the House where Murphy’s law rules” on my blog…) 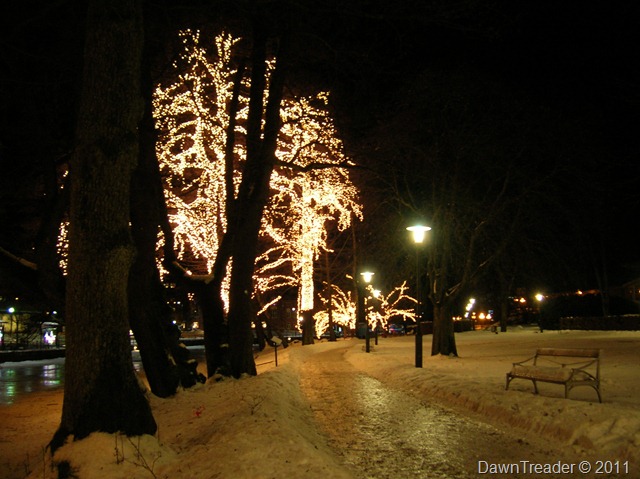 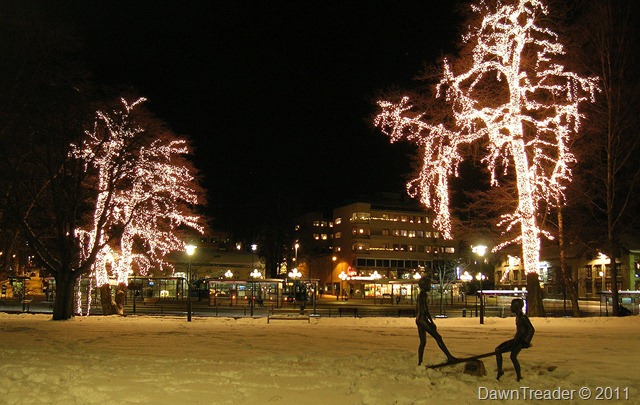 Late on Sunday evening my aunt and uncle and I went “slip-sliding away” on icy paths in the Town Park, taking photos of the illuminated trees along the river. 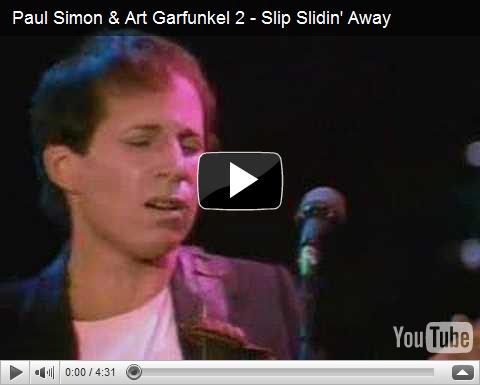 From the Concert in Central Park – very appropriate, even if the park in my town can hardly compete in size!

On Monday it started snowing again… so now the trees (as well as the lights on my balcony) are back “under cover”! I’ve hardly been out at all these past three days, except for a short expedition today to the nearest small grocery shop to stock up some more supplies before the next snowfall; which is expected to embed us even deeper in the white stuff tomorrow…