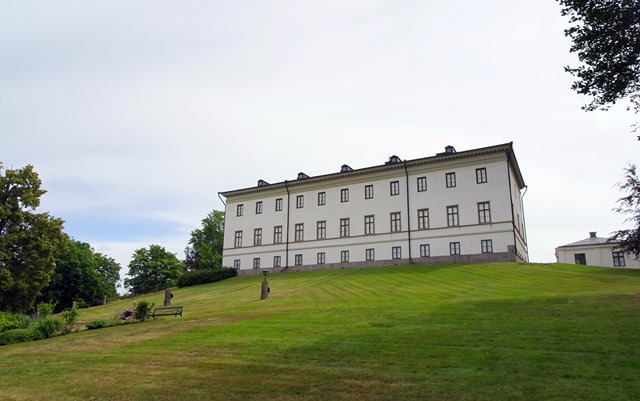 Stjernsunds Slott (castle) is situated near Askersund at the northern end of Lake Vättern. The manor was founded in 1637 and has been owned by three different noble families, and also, back in the 1800s, by the royal family.  Since 1951, it belongs to The Royal Swedish Academy of Letters, History and Antiquities. The castle as museum is open to the public in the summer; and in a separate building down by the lake below the hill there is a Castle Café, where we had the pleasure of having lunch on the third day of our trip. 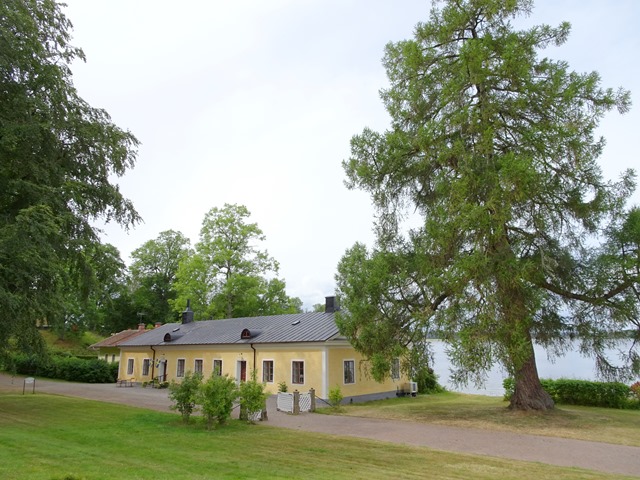 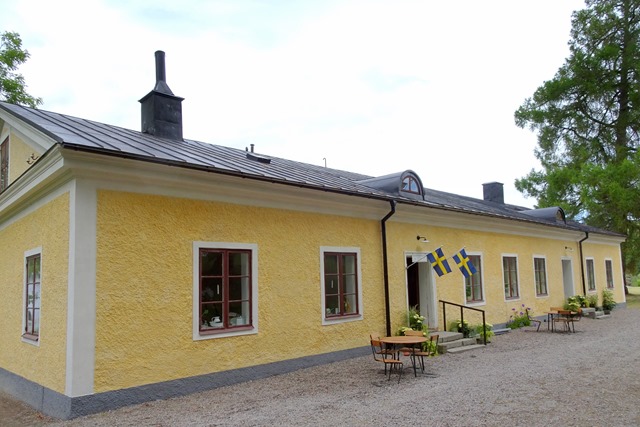 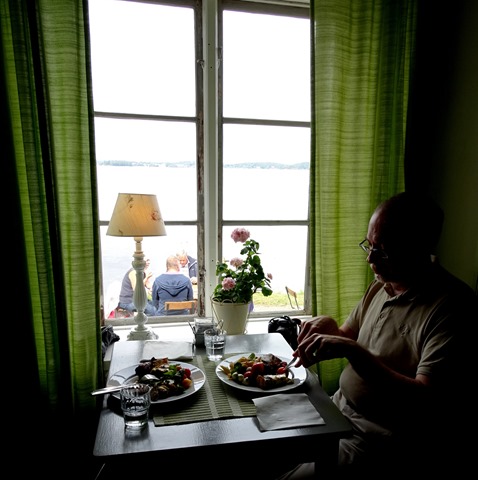 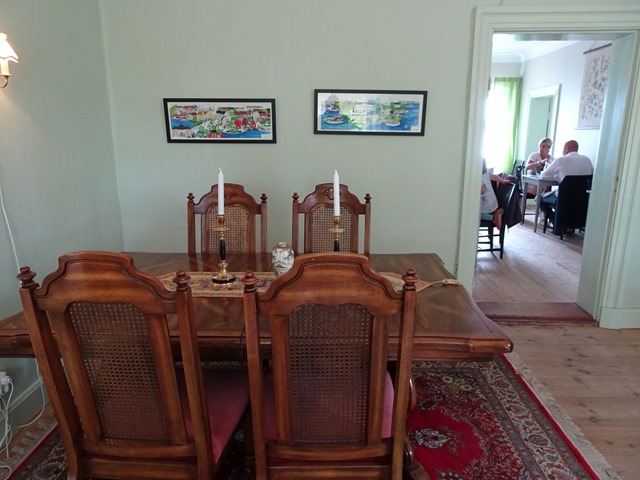 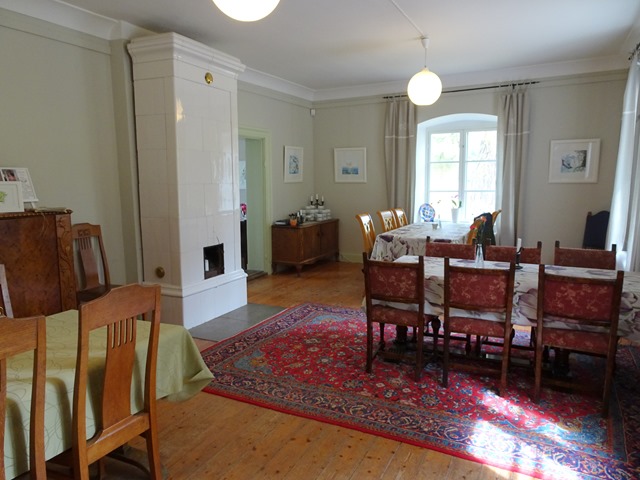 After lunch we went for a little walk up to the castle and around the estate: 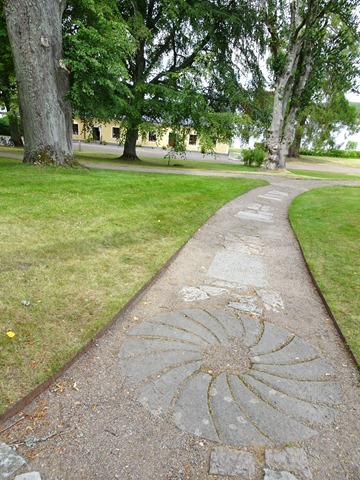 As decorations in the path leading up to the castle, they had used old millstones. 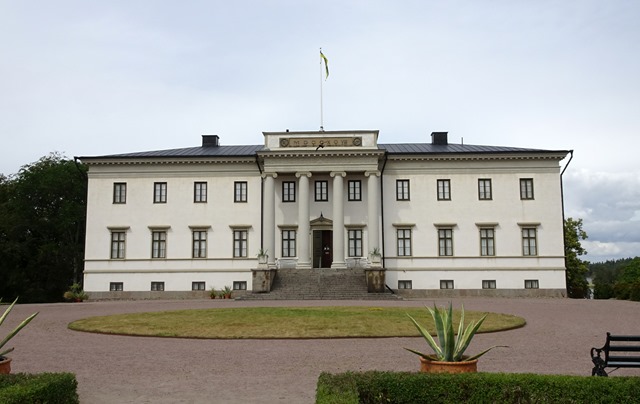 The front of the castle. We did not go inside (I think there were only guided tours). 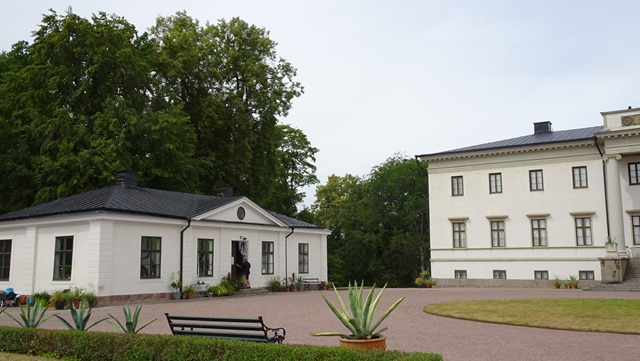 There was a small exhibition in a couple of rooms next to the reception and shop in one of the wings. I did not take any photos in there but I bought some postcards. 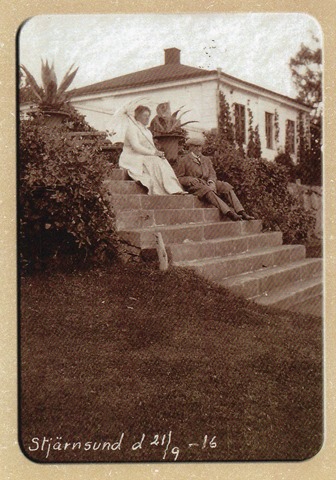 The last owners of the castle before the estate was bequeathed to the Academy. 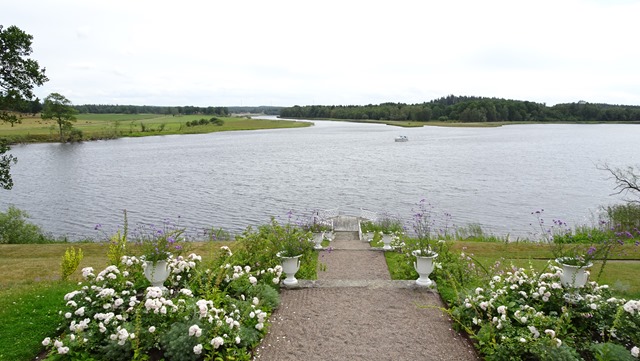 And this is the view they were looking at from those stairs. 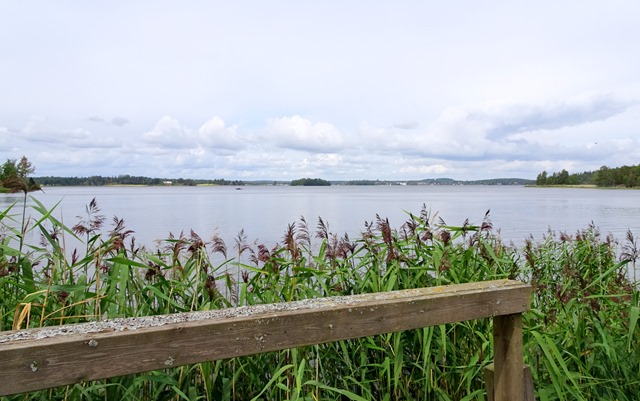 Down by the lake near the café 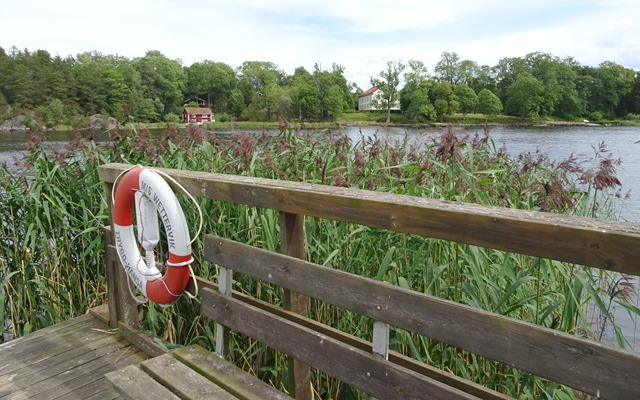 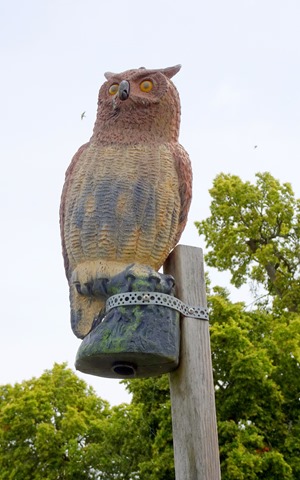 Wooden owl on a pole down by the jetty. 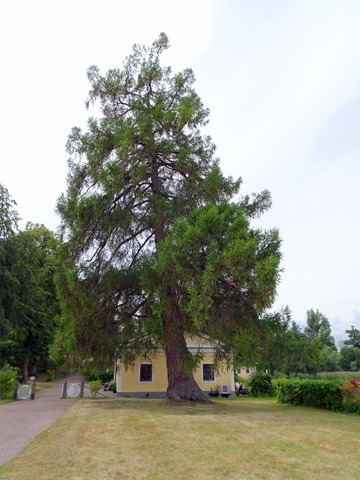 Huge tree at the gable of the café. 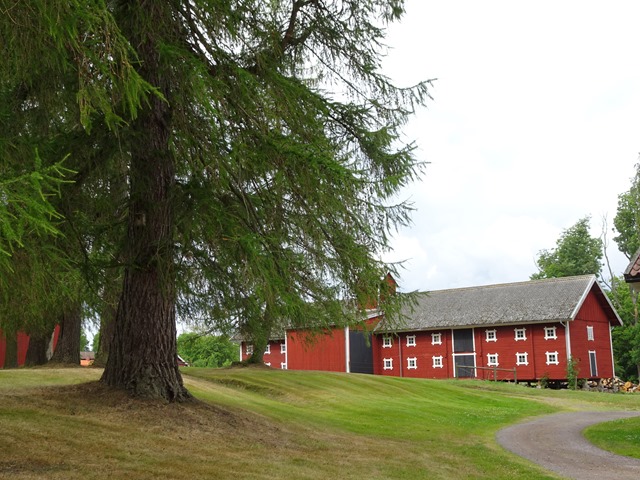 Farm buildings on the estate 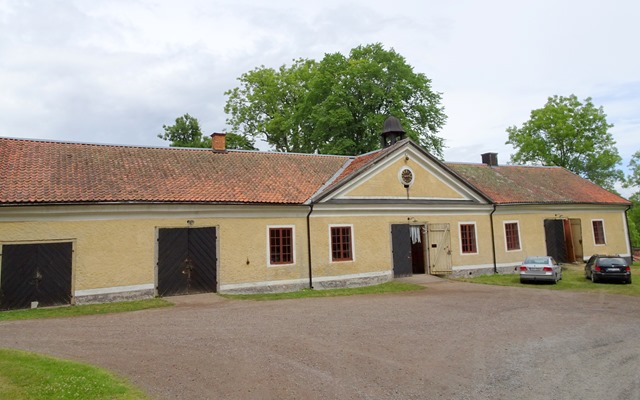 The Stjernsund estate is also known as the origin of the Swedish Red and White breed of dairy cattle. (I did not know that before our visit, though…) 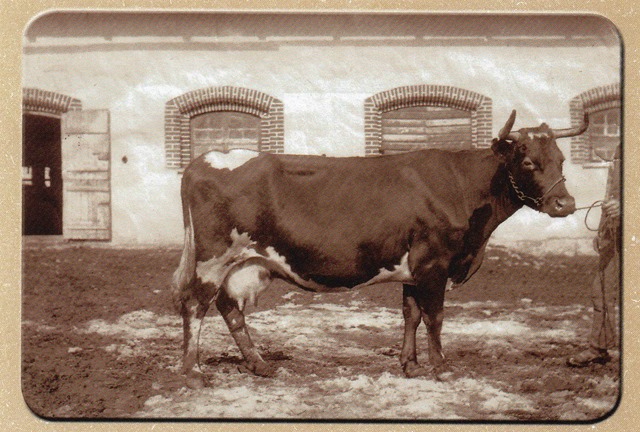 This postcard shows a cow named Perla. On the back of the card is printed “f. 8/9/1895”. I think that’s the cow’s birthdate rather than the date when the photo was taken. (How old does a cow get??)

Linking (the old postcards) to Postcards for the Weekend 51