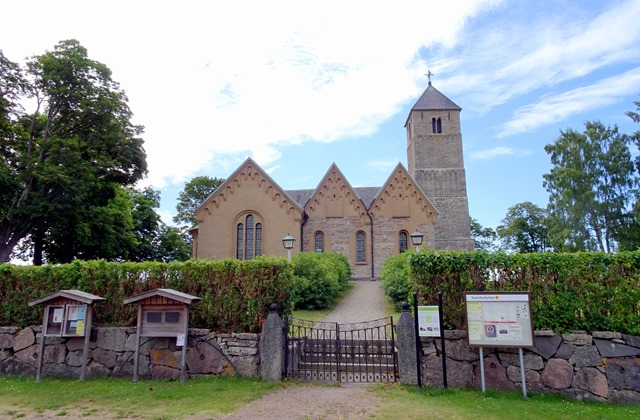 Heda church and village is situated north of Ödeshög, Östergötland. The oldest parts of the church probably date back to the mid 12th century.

This church wasn’t on my list of “things to see” on this trip – I’d never heard of it. We just happened to see it as we drove through the village; and as it seemed really old and unusual in its shape and structure, we decided to stop and have a closer look. It was Friday, before noon, and we did not expect the church to be open – but it was. Taking the time to also have a good look around inside proved well worth while. Many of the sculptures and other objects in the church date back to medeival times.

The Church of Sweden was Catholic until the Reformation in the 16th century, during the reign of King Gustav Vasa (Gustav I). The New Testament was translated to Swedish in 1526 and the entire Bible in 1541. The final breach with the Catholic Church was made in 1544. However, the changes were not as drastic as in Germany; in many Swedish Lutheran churches there are still artifacts from Catholic times, such as crosses, crucifixes and icons.

Over the centuries, Heda church has been through several reconstructions. In the 18th and 19th century, it was discussed more than once to tear down the old church completely and build a new one. However, some people argued that the medeival parts of the church should be preserved out of historic interest; and in the end (the mid 1800s) that was the decision, and the church was once again just added to, rather than replaced by a new building. Which gives it the rather unique exterior that it has today.

In 1950 when the church was restored once again, they tried to preserve as much as possible of the original medeival atmosphere inside. 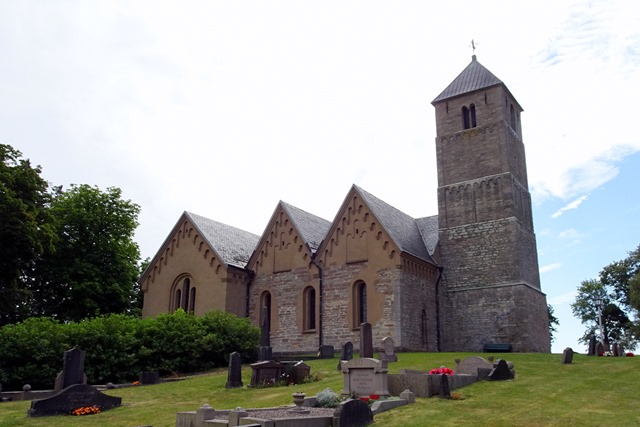 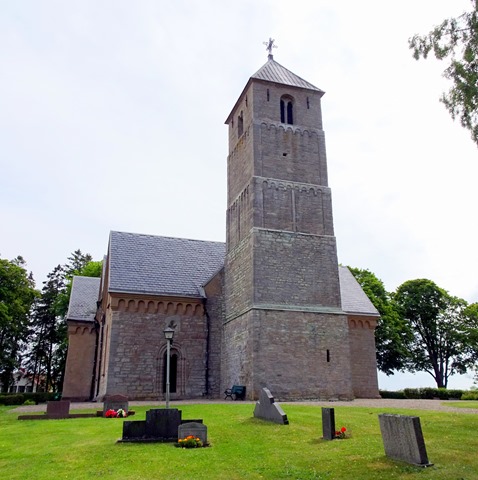 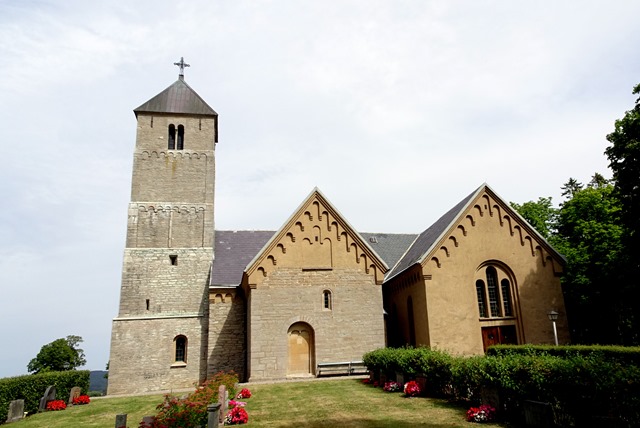 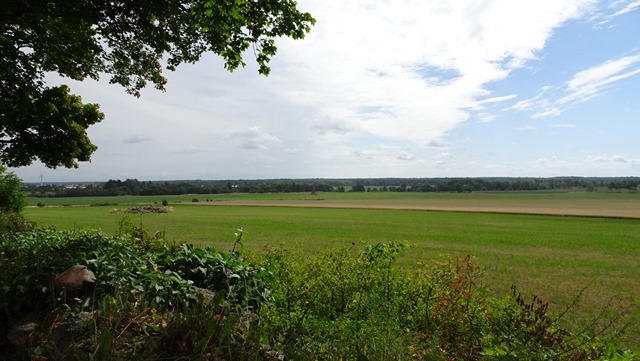 View over nearby fields, from the back of the graveyard surrounding the church. 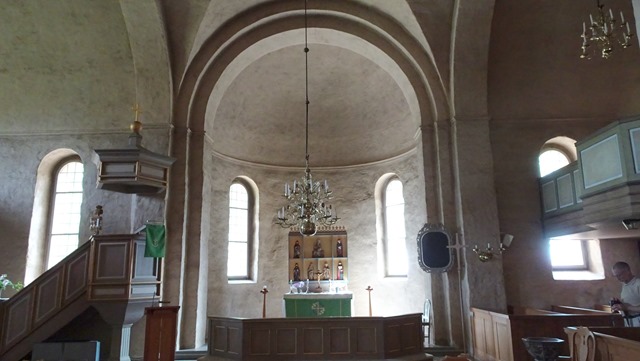 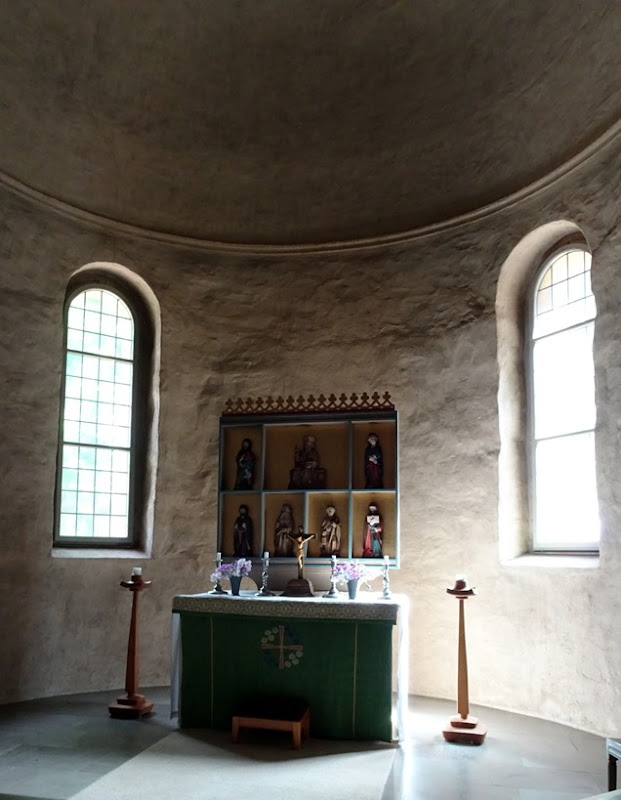 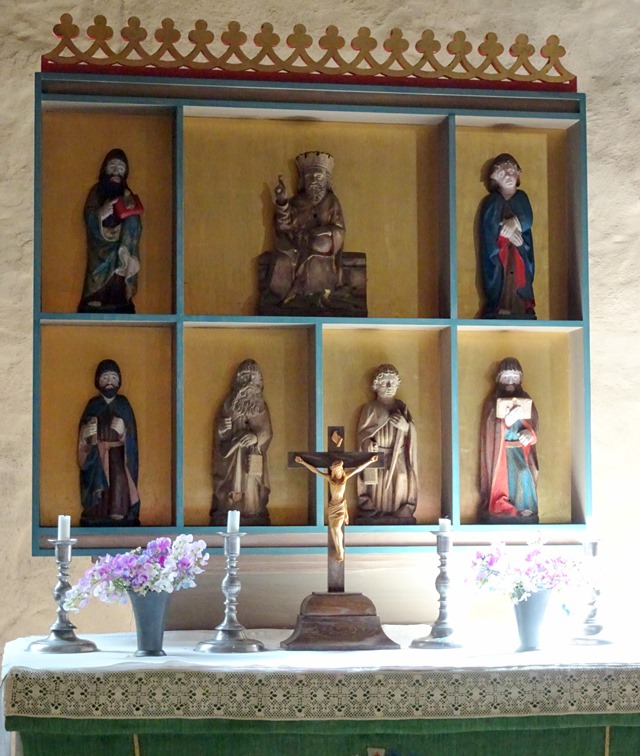 The altar piece was put up in 1950, but the sculptures in it are all medeival. Six of the them are apostles, and the seventh is of God the Father on his Mercy Seat. 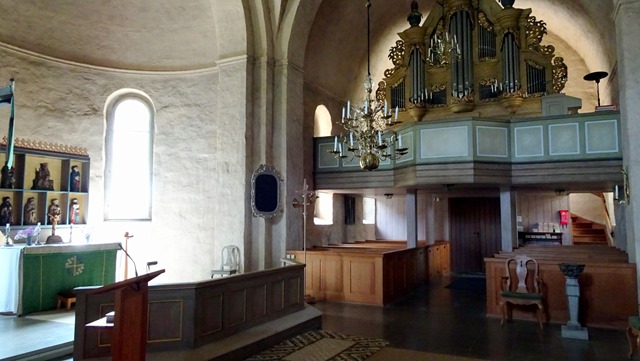 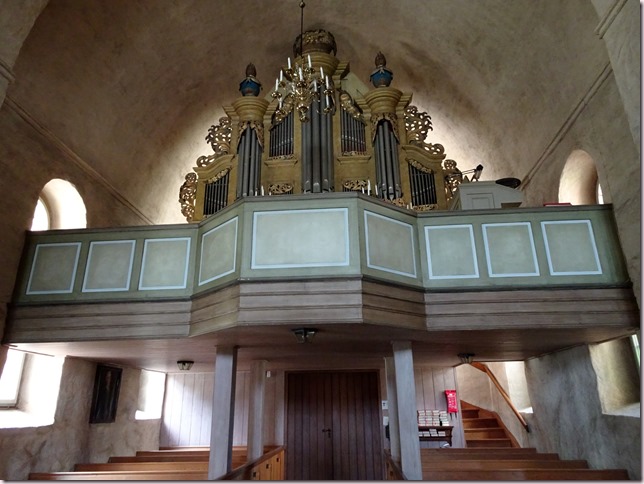 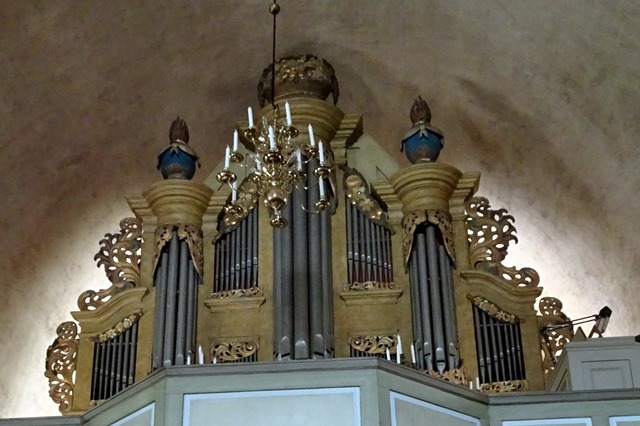 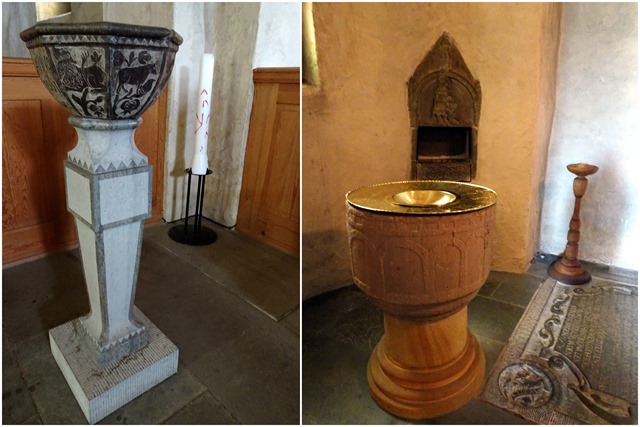 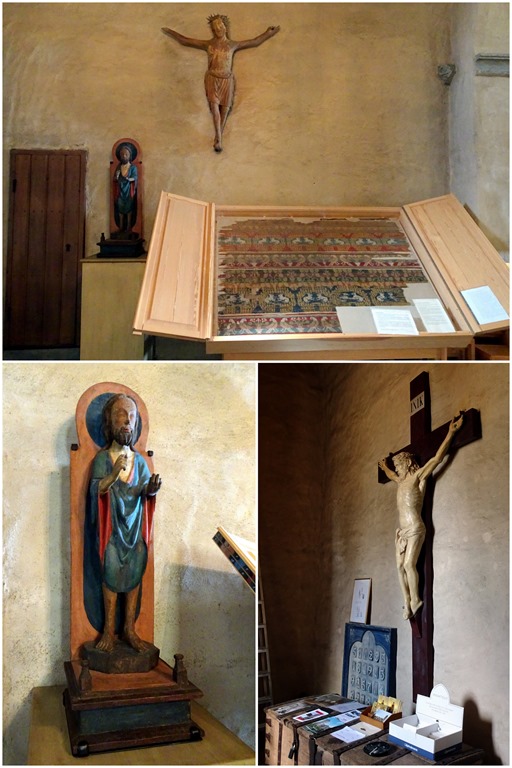 From a brochure I bought in the church, I learn that the medeival sculptures were not originally painted in such bright colours as they are now. Those colours were added to some of the sculptures in the 1600s (when that was the “fashion”). The fabric on display in the glass case is a woven wall hanging from the late 1400s. 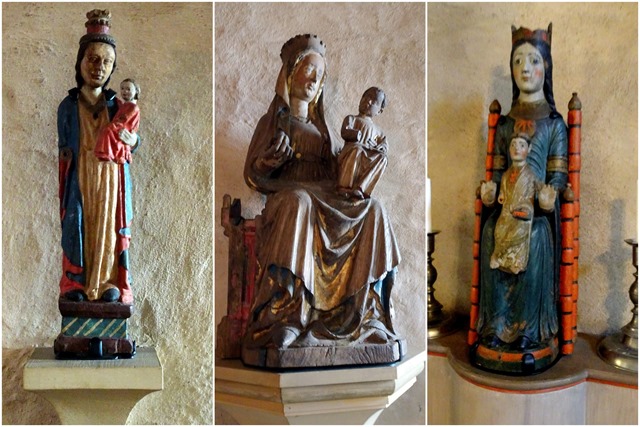 Medeival Virgin & Child wooden sculptures. The one on the right is from the mid 12th century, the other two are from the 15th century. 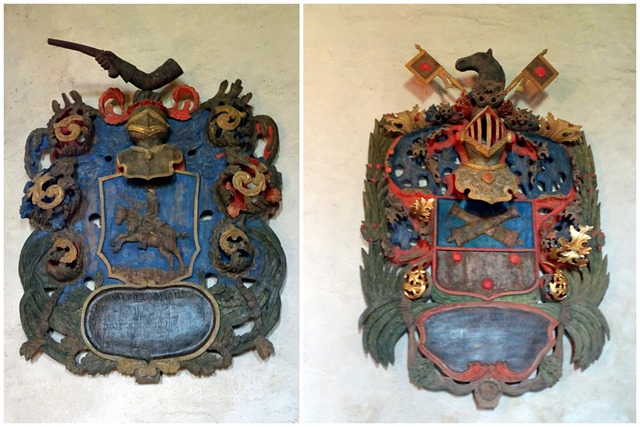 Coats of arms (representing important families of the neighbourhood)