According to an old legend, the island Visingsö in Läke Vättern was created by a giant named Vist. He and his wife had been to a party in the province of Västergötland, on the western side of the lake. When they were going back home to Småland, on the south-east side of the lake, his wife had problems getting over the lake in just one step. Then Vist picked up a turf of grass, and threw it into the lake, so that his wife could use that as a stepping stone.

The wooden sculpture of the giant (turf in hand) was made in 1969 by the sculptor/painter Calle Örnemark (from Jönköping). The sculpture was restored in 2015, shortly before the artist’s death. He made his sculptures from demolition timber. 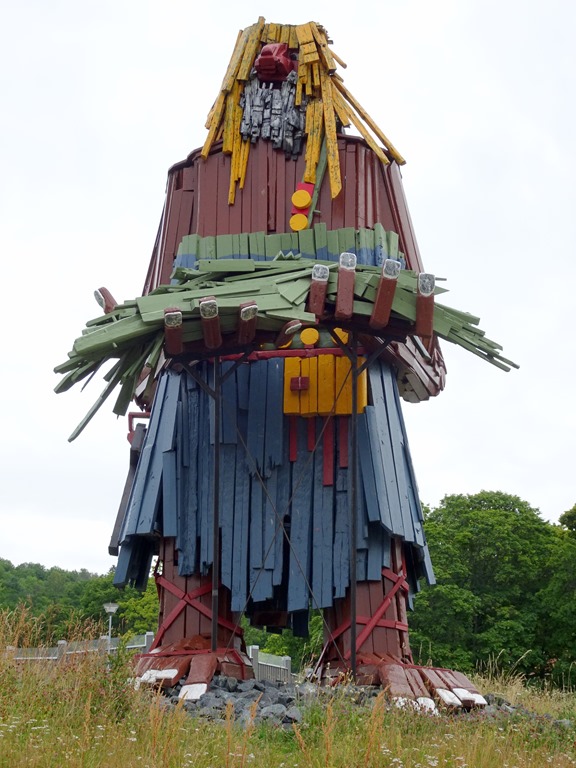 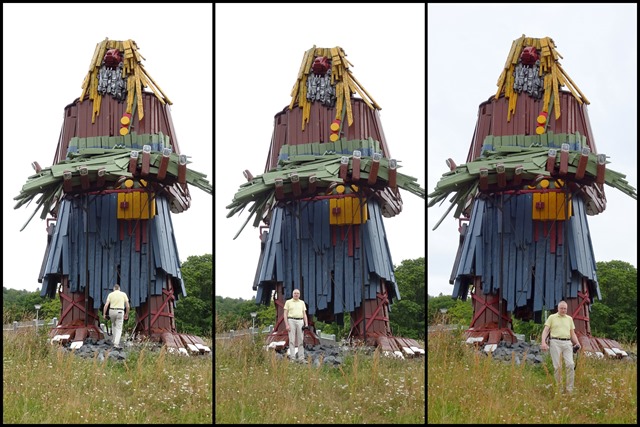 Per doing his job again (showing you the size of the giant). 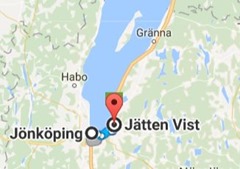 The giant stands in Huskvarna (east of Jönköping) on the south-east shore of Lake Vättern, visible from the motorway. As we knew we wanted to stop and visit him properly, we took a detour on a smaller road to get closer.

Posted by DawnTreader at 10:08