I'm back home since Sunday afternoon, and yesterday my brother left to go back to his home. Now I'm faced with around 700+ photos, 60-something postcards and about a kilo of brochures and maps to sort out... Sounds more like we were away for four weeks rather than just four days, doesn't it!!

We had a good trip, and I should not suffer from lack of blogging material for a while... However, what I am likely be experiencing over the weeks to come, is the same kind of "Now where was I..." syndrome  described 'spot on' by John of Rambles from my Chair today... (Thanks, John. It's good to know one is not alone!)

Meanwhile, and to at least get myself started: Here is a little sneak peek of our route and the kind of views we've been seeing. 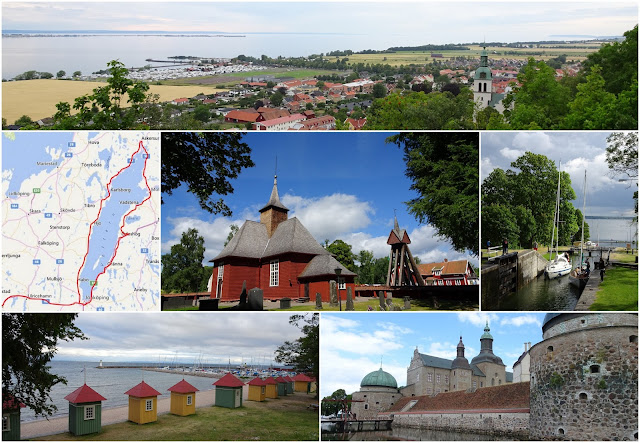 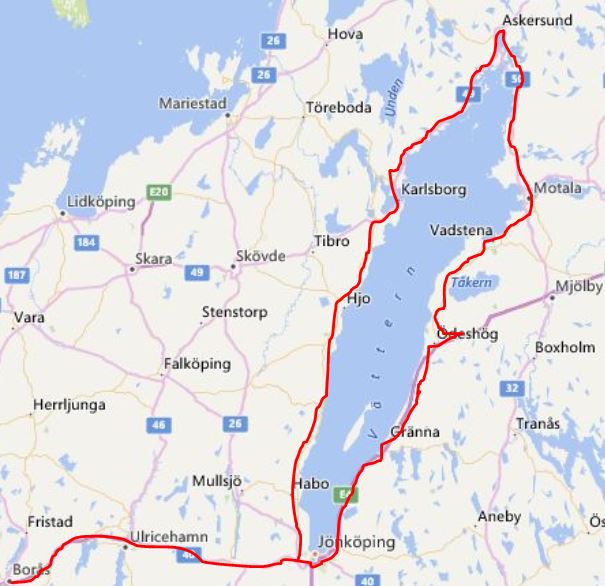 If someone thinks it looks like we sometimes drove into the lake rather than just along it, that's just me not having a very steady hand with the digital pen when trying to mark our route on the map...

We travelled counterclockwise around Lake Vättern - Sweden's second biggest lake. The tour around the lake is around 300 km. So not very long distances to drive each day; but with plenty of stops along the way. The area is absolutely crammed with history!


Neither of us had made a complete tour of this lake before. I have visited some of the places along its shores in the past, but that was all a very long time ago.

More to follow... Not sure yet how systematically! But I thought that if I start with a map, then I can always refer back to that later.

Linking to Our World Tuesday
Posted by DawnTreader at 19:15