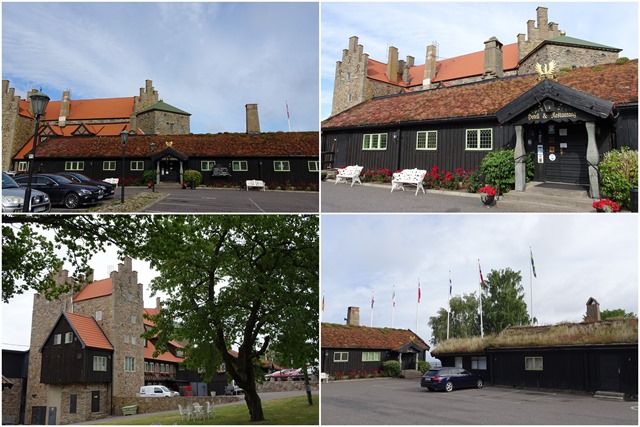 Gyllene Uttern, in English The Golden Otter, is a famous hotel and restaurant near the small town of Gränna (in the provice of Småland), with views over Lake Vättern. The original coffee house and cottages were built in 1933 by a man born von Otter, but later taking the family name Gyllensvaan (‘golden swan’). He had noticed that this spot near Gränna, on the road between southern Sweden and the capital Stockholm, was a popular place for motoring tourists to stop and take a break, even back then. So The Golden Otter became Sweden’s very first “motel”. 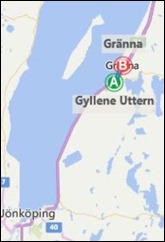 At first the place consisted only of five separate cottages; but then a larger building in the style of a grand fortress was added; imitating real castle ruins in the neighbourhood. It’s all done with a good sense of humour, giving the hotel a unique appearance and mix of styles.

I was very excited that I managed to book us rooms at this place; even if in one of the annexes rather than in the “castle” itself. 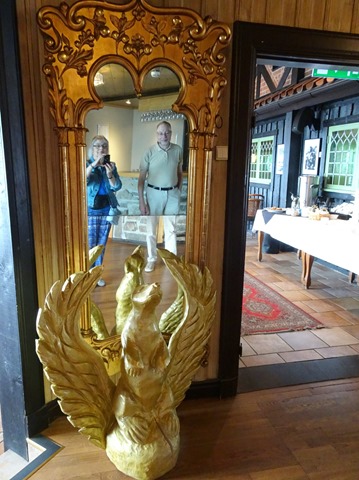 The Golden Otter itself, in all its golden glory (in the reception hall) 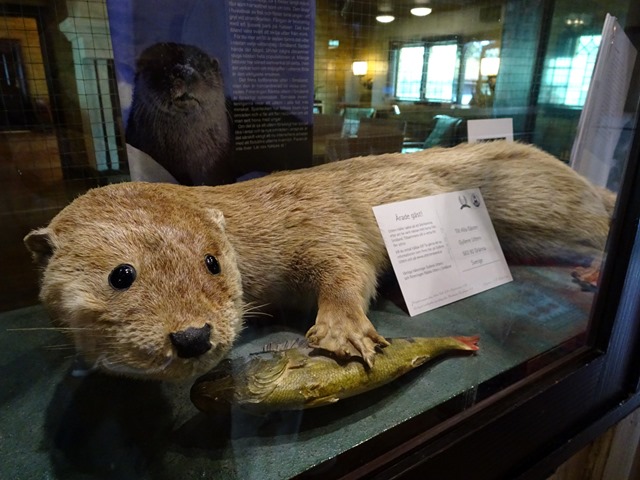 The otter is also the animal symbol of the province of Småland. It is listed as a vulnerable species. However, the information at this showcase says that after having been nearly extinct, the otter population is now growing again in this area; and the hotel supports a society that is working to save the otters. 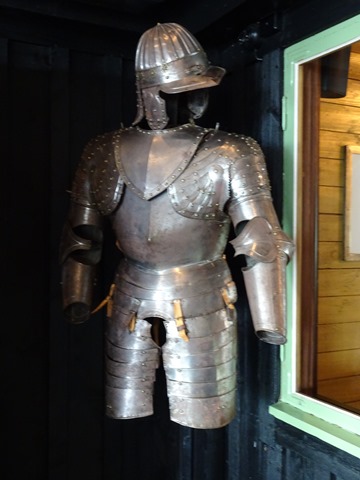 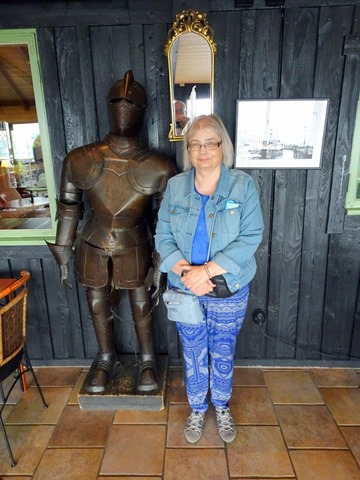 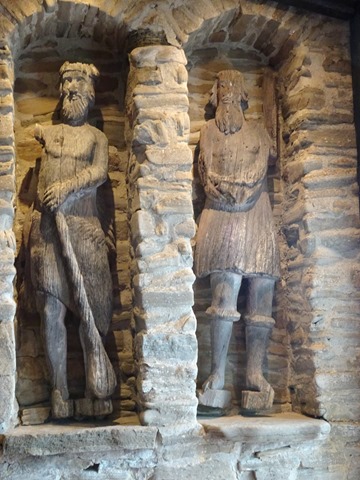 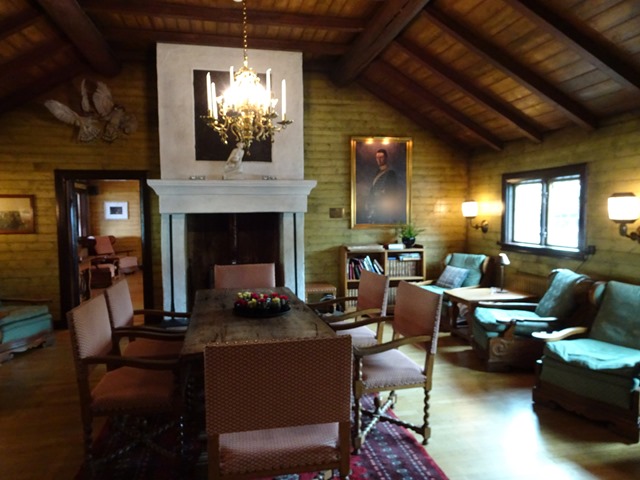 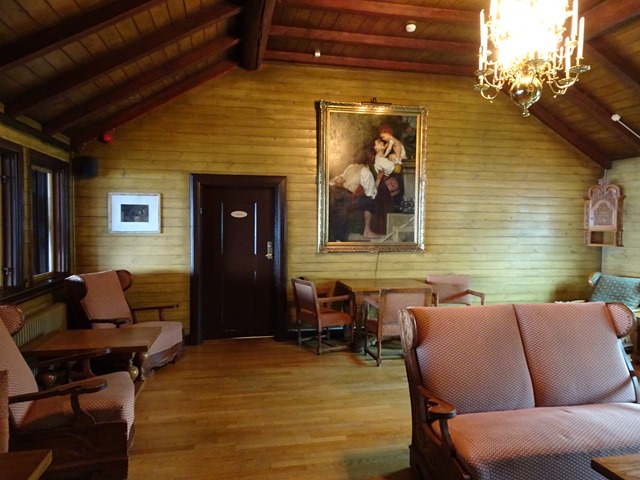 In this dining room we had breakfast the next morning ▼ 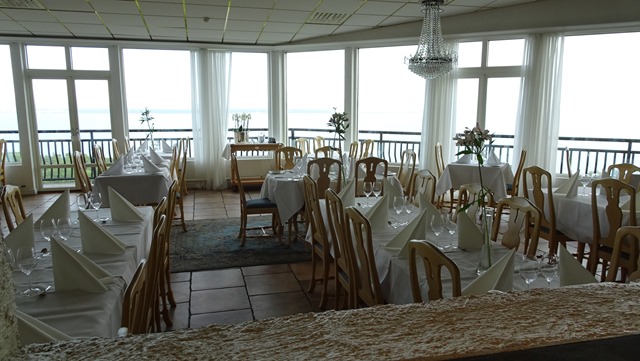 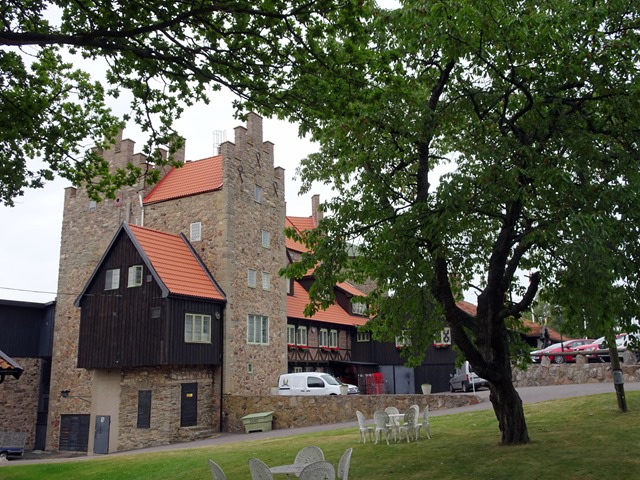 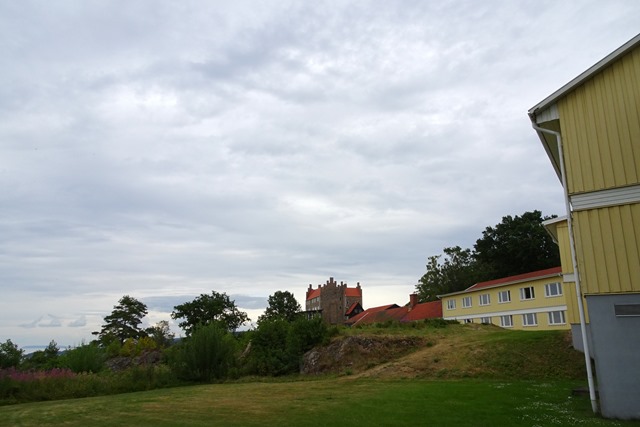 Our rooms were in one of the yellow wooden annexes ▲ 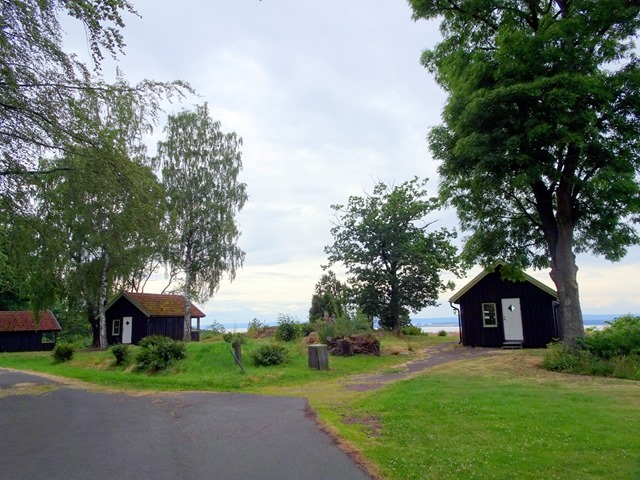 ▲ These little chalets had fantastic views of the lake. We managed to sneak past one of them out on the rocks to have a look. 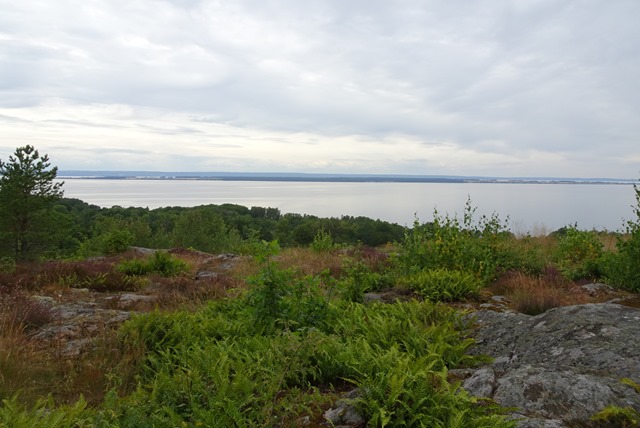 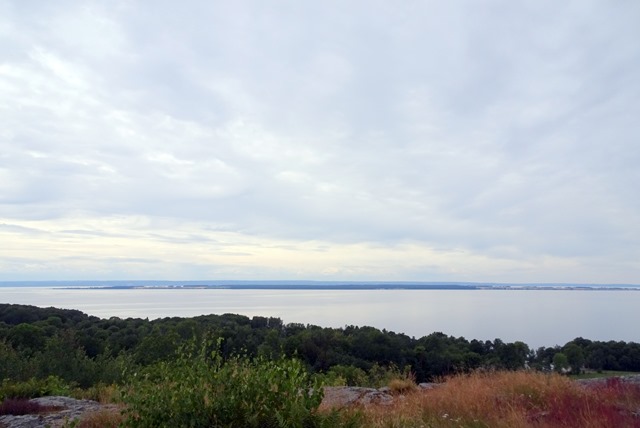 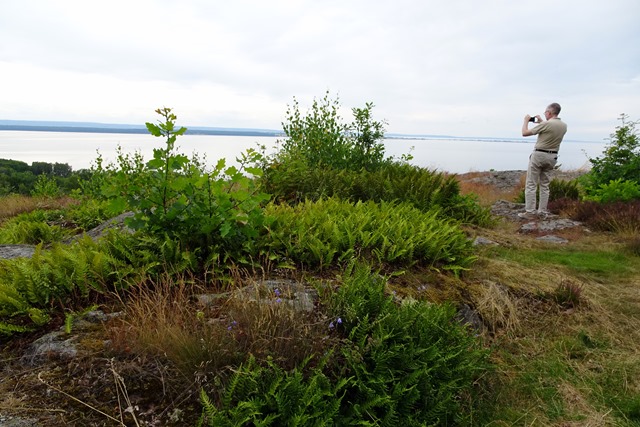 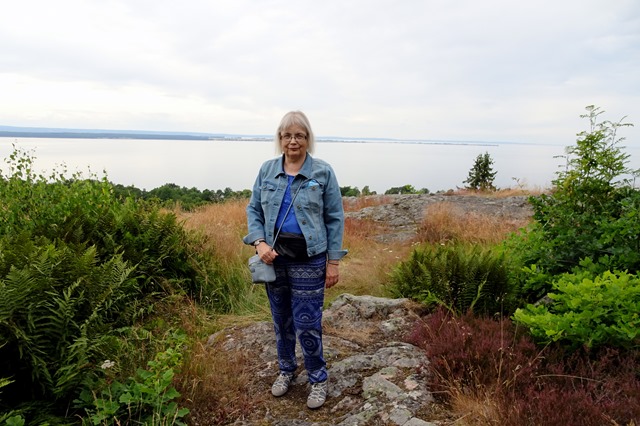 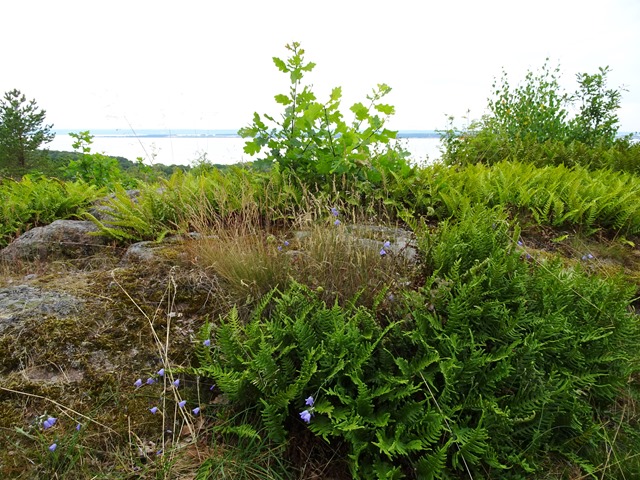 Actually my very first memory of Gyllene Uttern is a very early one – although a bit vague. The photo below is from August 1961, when we had relatives from the US visiting. We only had dinner at the inn then, and I can’t actually recall if the “castle” part of the place had already been added. I think the restaurant may have been in a smaller cottage back then. Anyway it definitely had a grass roof! (Compare the views in the collage at the top.) 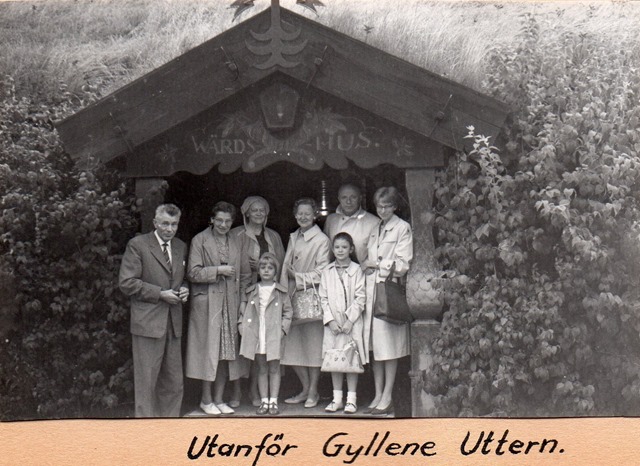 The people in the old photo are, from the left: my maternal grandfather, my mum, my grandmother (in the raincap, behind me), my grandmother’s cousin from the US with husband and daughter, and my mum’s sister. My grandmother died later that autumn, so I think this is actually the last photo I have with her in it. I suppose my dad was behind the camera, as he is not in the picture.

Posted by DawnTreader at 09:36