Some Days It’s Harder To See The Beauty

This morning I was glancing through some blogs on my dashboard list, and I happened to stop by a post at The Last Visible Dog, where Katherine says: “I admit I have been guilty in the past of promoting New Zealand. I've taken lovely photos in lovely places, and left undone subjects that might have given a more realistic view of my country.” Something she then tries to make up for by showing more lovely photos of lovely places; there must be some irony there that gets past me…!

Anyway, I guess I still held that line of thought somewhere at the back of my head as I made my way to the supermarket later; stepping carefully between the puddles and patches of ice…

I’ve been able to show you quite a few beautiful snowy scenes this winter. For one thing it is of course in that kind of winter weather that I myself feel most tempted to take out the camera. But then we also really did have that kind of winter, all through December. (Breaking cold records as far back as records of temperatures have been kept in most towns.)

After New Year, however, the weather has been playing yoyo tricks on us, and it’s hard to keep up! Rain and thaw one day, more snow the next. Before I get one set of photos uploaded to the computer and organized, the weather has usually changed again. On the worst days – of either snowstorm, or rain upon snow and ice – it has felt safest to just stay in. (And had I gone out, I would have had to keep my eyes on my own feet all the time anyway.)

Now where am I going… Oh yes: To give you some uncensored pictures of what snow looks like when it’s no longer young and fresh and light, but getting old, tired, heavy and dirty! 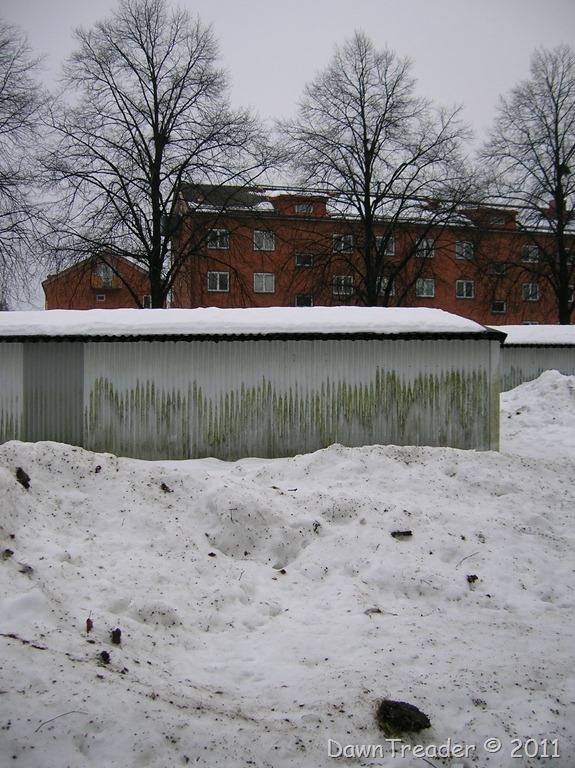 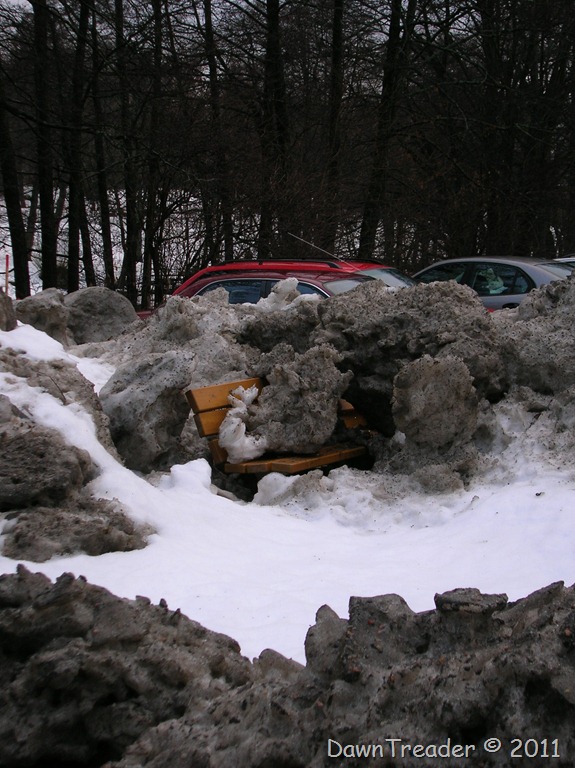 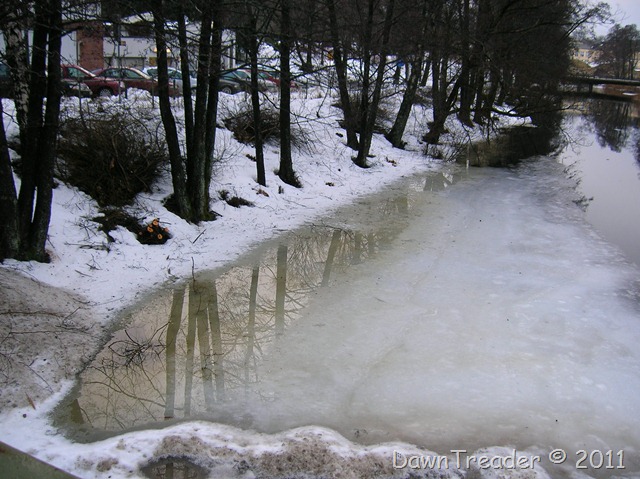 And yet, and yet, and yet… There’s still magic in the camera…!
With the camera I see things I might not have noticed otherwise, like reflections in the water, and shapes formed by the ice: 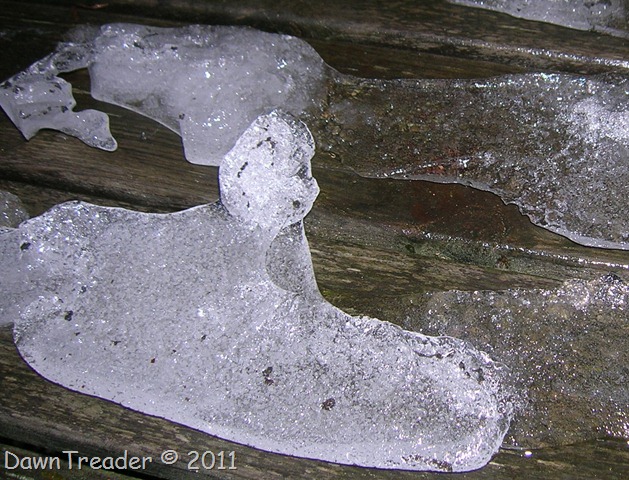 Can you see the sphinx? 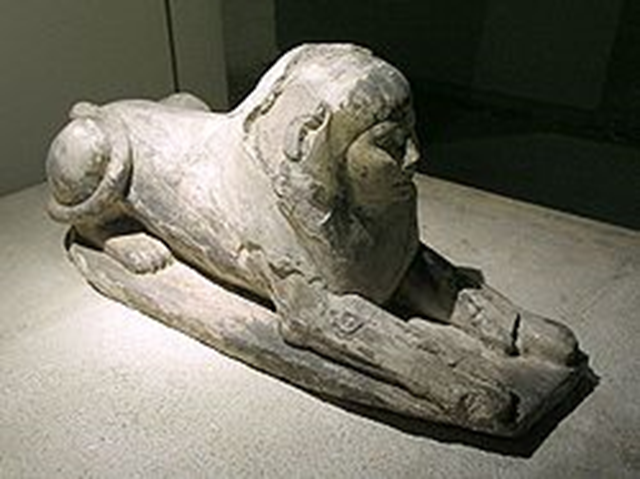 “The sphinx, in Greek tradition, has the haunches of a lion, the wings of a great bird, and the face and breast of a woman. She is treacherous and merciless: those who cannot answer her riddle suffer a fate typical in such mythological stories: they are gobbled up whole and raw, eaten by this ravenous monster.” [Wikipedia]

Here are some questions from the Ice Sphinx…

Q: What did the big furry hat say to the warm woolly scarf?
A: "You hang around while I go on ahead."

Q: What's the difference between an iceberg and a clothes brush?
A: One crushes boats and the other brushes coats!

Q: What's another name for ice?
A: Skid stuff!

Q: If it's zero degrees outside today and it's going to be twice as cold tomorrow, how cold is it going to be?
A: ?????

Posted by DawnTreader at 16:27