Back in November, I walked into the bookshop in the town centre one day and browsed through their shelf of English paperbacks. (I live in Sweden, remember! – so most of the books sold in our bookshops are in Swedish!)

I bought two titles from that shelf just on a whim, without having heard of neither the authors nor the book titles before. As it turned out, I loved both of them and listed both in My favourite books in 2011. (The Girl Who Chased the Moon by Sarah Addison Allen, and The Distant Hours by Kate Morton.)

After having finished The Distant Hours, I checked our library catalogue (online) and *surprise* found that they actually had Kate Morton’s other novels as well (she’s only written three), and one of them even in English: The Forgotten Garden. So I ordered that one from the library. I just finished it this (snowy!) weekend. 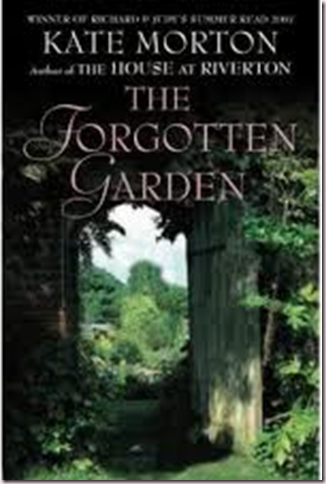 Just like The Distant Hours, The Forgotten Garden by Kate Morton is an intricate story, told from several different perspectives, stretching over four generations, and also involving fairy tales written by one of the characters within the book.

A maze plays an important part in this novel, and indeed the story itself can also be described as one. It gets quite tricky at times for the reader (or at least it did for me!) to keep all the “threads” together in one’s head. The author, however, manages to tie them all up in the end.

At the end of the first world war, a little girl is found abandoned on a ship to Australia. A woman she only remembers as the Authoress had promised to look after her - but mysteriously disappeared without a trace. 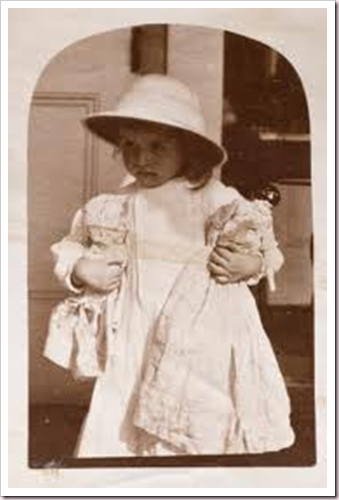 In 2005, in Brisbane, Australia, Cassandra’s grandmother Nell dies, and Cassandra finds out that Nell left an unexpected inheritance behind which she never told anyone about: A cottage on the coast of Cornwall, England.

The story shifts back and forth between the perspectives of Cassandra (as she travels to England to inspect her inheritance), her grandmother Nell’s similar journey back in the 1970’s, the little abandoned girl back in 1913, the mysterious Authoress and her illustrated book of fairy tales vs the story of her own life; and the history of the inhabitants of Blackhurst Manor, to which the cottage used to belong, before in modern days the manor was turned into a hotel, and the cottage sold.

Homage is paid to the author of the well-known classic The Secret Garden, Frances Hodgson Burnett (1849-1924), not only by the title of the novel, but she also appears briefly as a character in it. (No, it is not she who is The Authoress.)

I loved the book, even if at times it ‘befuddled’ me.
Remember my recent post about Dangerous Doorways?

“…when you pass through a doorway, your mind compartmentalizes your actions into separate episodes. Having moved into a new episode, the brain archives the previous one, making it less available for access. It’s as if you slam a mental door…”

That describes pretty well what it’s like to read Kate Morton, with each chapter taking place in a different time and place, and events suddenly seen from different character’s point of view. But with each move, the author manages once again to draw you into the fictive NOW, as if that’s all that exists at the moment.

Even after closing the book and knowing how it all fit together, I’m still intrigued as to how the author manages it!

That’s why, in spite of having finished it, I’ve just ordered my own copy of it, together with her first novel, The House At Riverton. (So I’m reading her books in reversed order; but since each novel is a separate story, that does not matter.)

Quotes from The Forgotten Garden:

She’d slept terribly the night before. The room, the bed, were both comfortable enough, but she’d been plagued by strange dreams, the sort that lingered upon waking but slithered away from memory as she tried to grasp them. Only tendrils of discomfort remained.

‘You make a life out of what you have, not what you’re missing.’

Posted by DawnTreader at 19:15