Friends in a Box 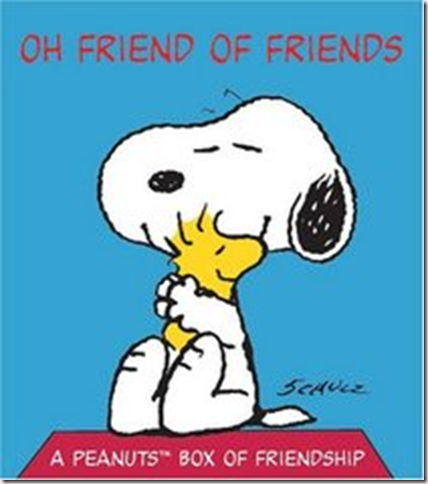 Scrolling back through my new timeline layout in Facebook I was reminded of another “in the box” story (compare yesterday’s post). In a FB comment just before New Year, I mentioned that I intended to have friends over for the occasion. Mysteriously, as I was writing, the word friends caused an automatic suggestion to pop up  that maybe I meant FRIENDS as in the TV show!

Actually it was a little spooky, because I was in the middle of re-watching that series on DVD. But how on earth could Facebook know? And rather rude of them to suggest that I’d have nothing better to do on a New Year’s Eve! (Not to mention that the assumption on this particular occasion was actually wrong…)

Why it happened has remained a mystery – until now. I just figured it out. It so happened that when writing that status update, I used the phrase “me + friends”. It seems it was the + that did it! (Perhaps you already knew that. But I didn’t!) 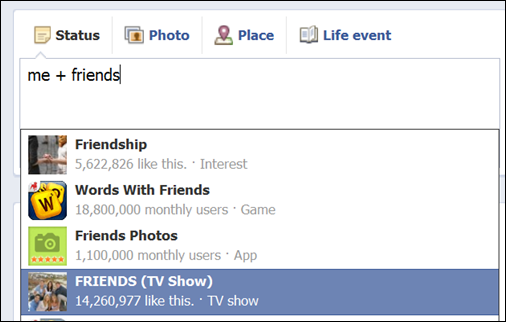 Posted by DawnTreader at 12:35