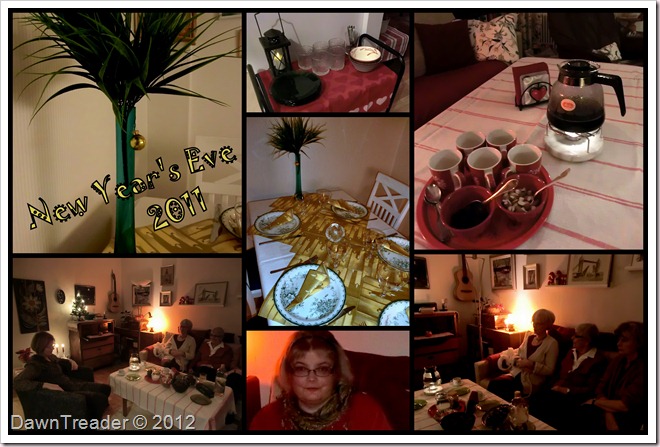 New Year’s Eve I spent with basically the same little group of friends for the 12th year in a row; gathered in my home. (Five of us this year.) None of them like it much when I get my camera out - and myself I have to confess I prefer it behind the camera rather than in front of. But I think I might dare a little résumé in the form of two collages and a macro. 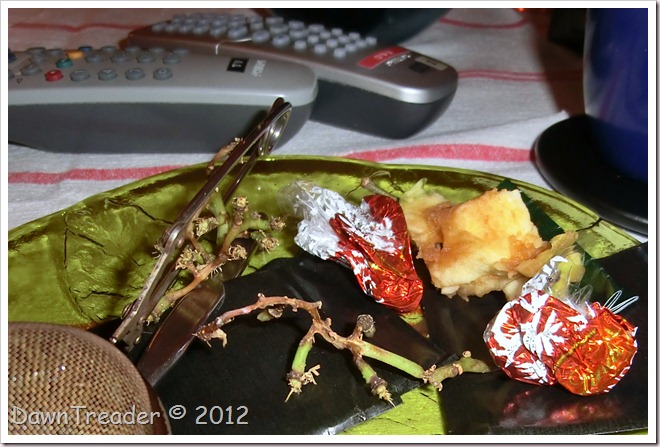 The end of an old year: The initially carefully laid tables have somehow mysteriously turned into a mess of dirty dishes, empty bottles, and litter to be thrown away. Whatever happened?!

One friend’s eyes grew big when she saw me pointing my camera at my empty plate… What was I taking photos of NOW?!

But she must be excused, I guess… Not being a blogger! 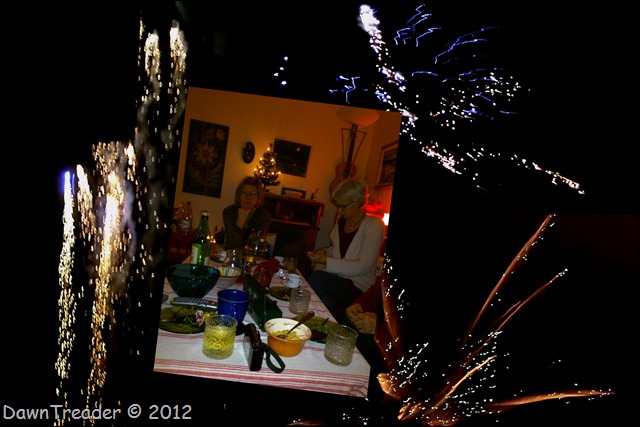 Quarter past New Year: Waiting for the banging of fireworks to die down outside, so as not to be hit by something  (or going deaf) on the way to the parking lot… No snow this year to soften the sounds, so it was really LOUD!

Ah well. They say everything started with a Big Bang, don’t they?

So now we just have to see how the rest of the year develops!

Posted by DawnTreader at 12:11