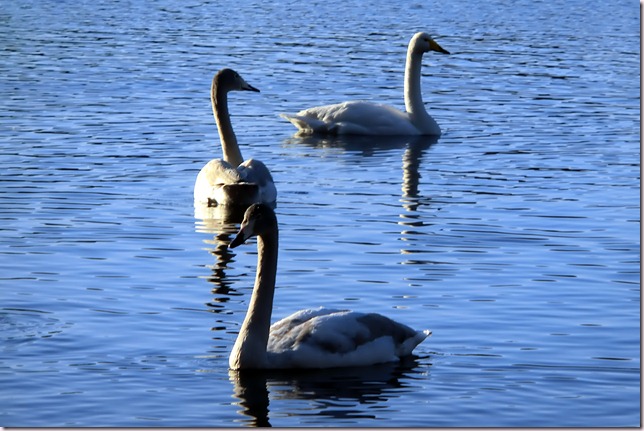 6th January is a holiday in Sweden. Our name for it would just translate “13th day of Christmas”; in English I think it’s called Epiphany. In church we focus on the visit of the three Magi or Wise Men from the East to baby Jesus in Bethlehem. I dare say, however, that for most people this day probably just signifies the end of the holidays. And for most people it is probably also less connected with specific traditions than Christmas or New Year.

My guess is that on this 6th January, in my town, probably thousands of people did almost exactly what I also did. That is: Slept late, had a lazy morning and a nice breakfast. Then, before getting dressed, we all stepped up on our bathroom scales, and a unanimous “Oh NO” was heard throughout the city.

Still in shock, we then all simultaneously looked out of the window, saw the sun shining down in a friendly manner from a perfectly blue sky, onto a very thin layer of powdery snow on the ground (only just enough to make the world seem bright after another rainy and stormy week; and not so much of it as to make life difficult); and we all decided that this must be the day to begin the healthier lifestyle we promised ourselves (or at least for a moment contemplated) last weekend.

And then it struck at least a few hundred of us that the absolutely best place and way to start this healthier lifestyle must be to go for a walk around a certain little lake beneath our open air museum park, which also serves a bird sanctuary. 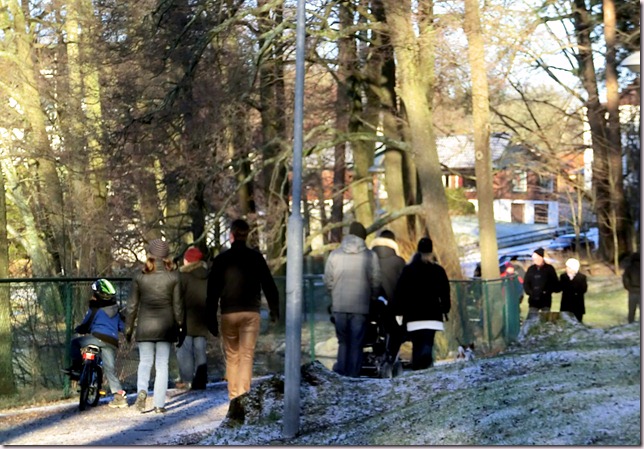 Some of us also had the brilliant idea to bring the camera along: 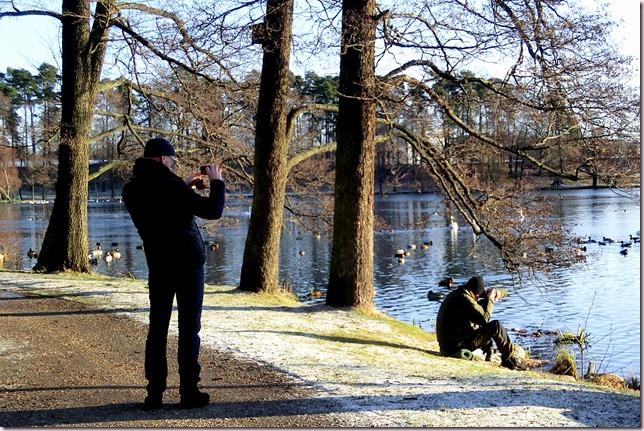 I wonder if maybe someone behind me got a photo with three photographers in it? 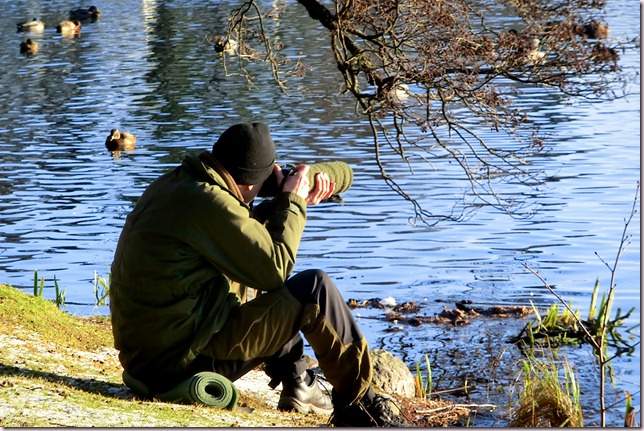 This guy came really well prepared! He even had his camera lens covered with a knitted something... 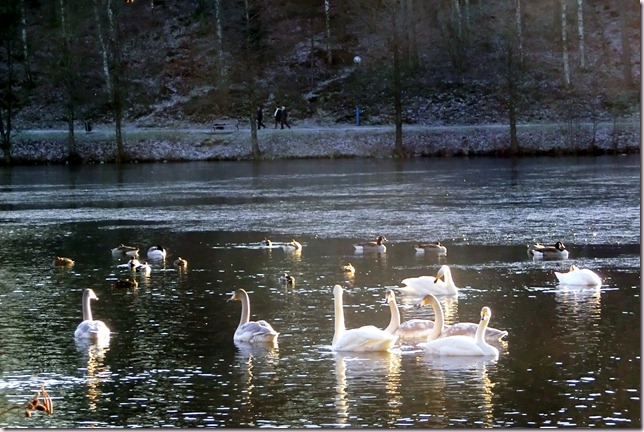 While the walkways around the lake were filled with humans, the lake itself on this day would be worthy of the name Swan Lake. 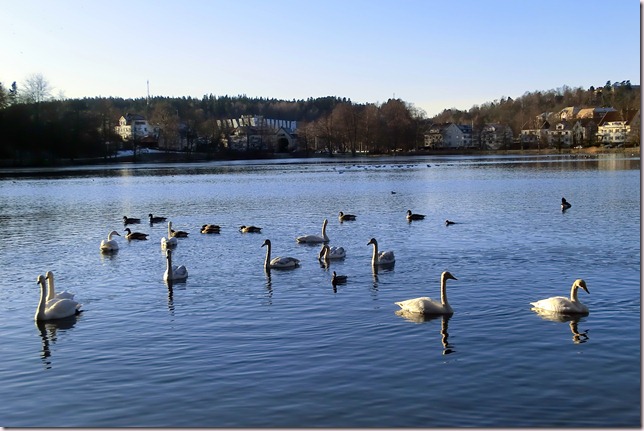 It looks very peaceful, but in fact it was rather noisy. Most of the swans were Whooper Swans, happily whooping and shouting and splashing about in the sun (studying the people on the shores). 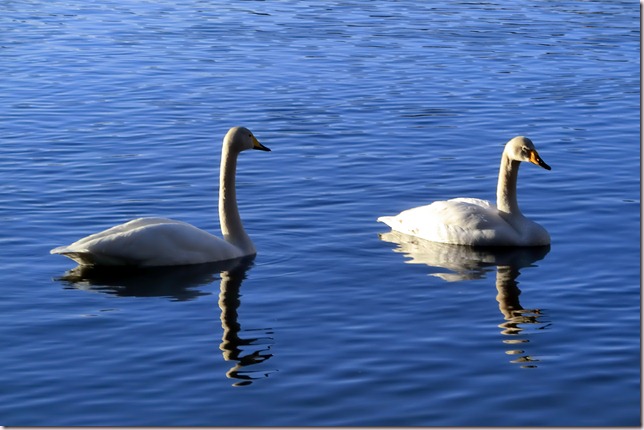 I actually also shot three short video sequences with sound. I have not yet uploaded these to YouTube, but if I succeed with that (it’s been so long since I last did it that I’ll have to “relearn”…),  I’ll put in another blog post where you can also hear the swans.

Posted by DawnTreader at 22:11