Thinking Outside The Box

“The Box” I have in mind just now is Facebook; while Blogger  counts as Outside, because here I’m allowed all the space I want to think /rant /ramble…

On FB, I summed it up thus: “My life does not fit into the boxes.” 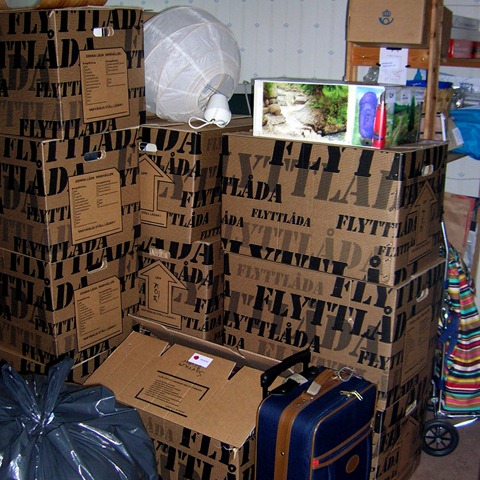 (No, I’m not moving again. This is a picture from the last time I did, 3½ years ago. I have no wish to repeat that any time soon!)

If you are a Facebook user, you have probably noticed that they are introducing a new layout with a Timeline. I decided yesterday to give it a tryout before they force it on me anyway.

Seductively, they seemed to promise me a chance of reviewing and changing settings before these were made visible to anyone else. This, of course, was not true. People may not have seen the new layout (perhaps!) until I pushed that special button, but my trial and error “activities” were obviously made public step-by-step just as usual. Not that it mattered much – I was just a bit surprised when comments started to drop in about things I did not think I had actually published yet!

Don’t get me wrong. I think the new layout looks good, and as for the timeline I can see that it has its advantages – especially if you want to use Facebook as a complete CV and summary of your life; rather than just a meeting place to say hi and hello to few people now and then.

It’s when you don’t want FB to be a complete CV that it tends to get complicated. Because the new Timeline suggests it should be.

Personally I signed up for FB mainly as a means to keep in touch with certain old friends (and a few new ones). But I’ve been a rather passive or irregular user so far and with no special wish to track down and reconnect with every person I’ve ever known.

Therefore I’ve also seen no reason to list the whole history of my life in the “About” section. The only things I put down was where I went to secondary school vs. university.

But after I had switched to the new timeline layout yesterday, I happened to notice that when moving the cursor over my profile picture, up popped a little box displaying not only my name, but also the name of the university from which I graduated back in 1985.

It seemed that because I made no entry in the Job section (having been in disability retirement for the last eight years), FB would forever pin me down as either student or working for the university in a town I moved away from 26 years ago.

Not that I really mind being the eternal student. Actually I think I’d much rather still be hallmarked as student than anything else! But being tagged to the university in a town where I haven’t lived for nearly 30 years did not seem quite right.

Listing myself as an ex-whatever did not appeal to me either.

For a while, I half-seriously contemplated to enter also having been a student at Hogwarts, Hogsmeade (“studying” Harry Potter 2001-2007). Or The Unseen University, Ankh-Morpork (Terry Pratchett’s Discworld). But then I chickened out… 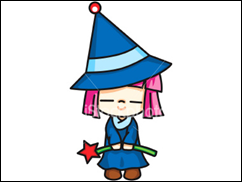 However, after various trial and error experiments, I’m happy to say that I now seem to be successfully registered as a student at the University of Life. That I can live with! And the day I graduate, it will be Someone Else’s problem* how to enter the date!

*(Some years ago, I joined a heritage website, trying to sort out my family tree and timelines. The problem is, they made some access changes since I first joined. After my dad died last summer, I wanted to enter the date of his death; but was not able to do that the proper way. Why? Because while dad was still able to use a computer he registered himself on the website as well. Which means he needs to log in himself to make further changes in his own profile. Only… Well!!!)

By the way, do you know the background of the expression Thinking Outside the Box? Not sure I did… Check it out!