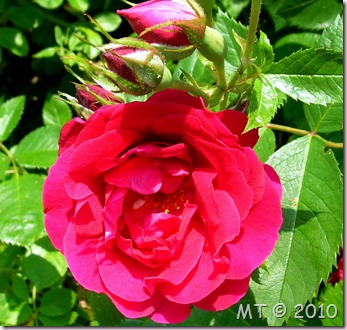 Yesterday, 28 February, Sweden commemorated the death of our prime minister Olof Palme who was murdered 25 years ago in a street in central Stockholm. On his way home from the cinema late at night together with his wife, he was shot in the back at close range. The crime still remains unsolved.

Palme, born 1927, was the leader of the Swedish Social Democratic Party from 1969 until his assassination in 1986. He was prime minister between 1969-1976 and again from 1982 until his death. He also played a role in international politics. As politician he was praised by some while detested by others.

The red rose is the symbol of the Social Democratic Party, so through the years there have been many red roses laid down on the spot where he was murdered and on his grave.

I was 30 years old. I had been living less than two months in the town where I still live today. 28 February must have been a Friday; because I first heard the news of the murder on the radio in the morning of what must have been a Saturday; because I was going away/’home’ for the weekend to visit my parents (who then lived about 100 km away). My mother’s birthday was the 20th but we must have postponed the family celebration another week for some reason. What I do remember is the bus ride of two hours or so, looking out of the window and seeing all the flags on half-mast, and trying to take in the news I had just heard. 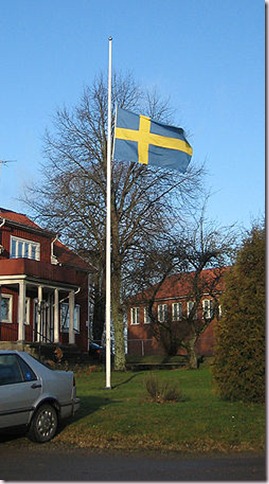 That’s really all I remember. I can no longer recall what anyone had to say about it just afterwards. Neither in my family, nor at my place of work, nor among my friends. What has stayed with me is the visual memory of sitting on the bus, looking out of the window, and seeing all the flags on half-mast that morning, 1st March, 1986.

Posted by DawnTreader at 16:09