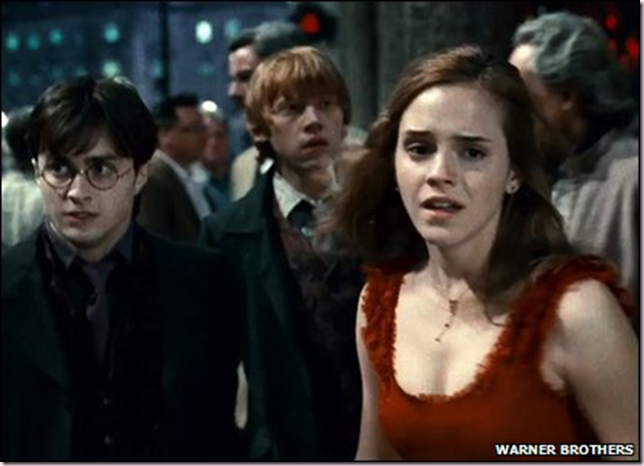 The news has been horrifying and addictive this week, with catastrophe piled on catastrophe, to a degree that–if I had read this in a book or seen it in a movie–I’d be protesting that it was just too unlikely, too farfetched.

But, topics for novels get ripped from the headlines all the time. Or real-life events remind you of fiction (whether “believable” or not) that you’ve read but never expected to see. Or real life comes up with an event so unbelievable that it stretches you sense of reality.

Hmm … I can’t quite come up with an outright question to ask, but thinking about the theory of fiction and how it can affect and be affected by real world events can act as a buffer between the horrific events on the news and having to actually face that horror. So … what happens when the line between fiction and reality becomes all-too slim? Discuss!

That has got to be the hardest question yet from the weekly Booking Through Thursday meme!

I know I commented to someone yesterday – right now I can’t recall to whom – that one thing that perhaps makes a catastrophe like that in Japan – or, just weeks before, also the earthquake in Christchurch, NZ – come “closer” to us who live on the other side of the world, than some other world events do, is that it was brought about by Nature. We can sympathize without mixing it up (immediately, anyway) with the question of Who To Blame, which is there whenever war or terrorism is involved.

At the same time, having no one to blame often makes us feel helpless and confused. So with any kind of accident we still tend to get hung up on questions like: Could this not have been foreseen and prevented? And to follow: Did we react quickly enough? Were the right decisions made within the first five minutes/first day/whatever? Isn’t there someone whose head should be cut off (at least figuratively) for not doing a better job…?

I suppose that’s one area where fiction steps in as a buffer. In crime fiction for example, things get sorted out in the end. All damage cannot be healed; and people are rarely raised from the dead; but the reader is not left in the darkness of mystery. Someone was to blame and they usually do not go unpunished.

With fantasy literature – at least most that I read - I’d say these kinds of books usually also have a mythological foundation in that there is a battle between good and evil, which often involves also other beings than just humans and animals. (Elves, trolls etc.) Sometimes nature itself gets involved and take sides – like when the trees/ ents march to Isengard in Tolkien’s Lord of the Rings. Landscapes and climate are used to illustrate moods and spiritual status – like mountains and valleys, ice and water, woods and deserts, or flying vs going down deep under the surface. Like the mines of Moria (Tolkien) or the Underland (CS Lewis: The Silver Chair).  Very little is left to pure chance. Somewhere in the background there is spiritual warfare; powers are at work that go far beyond what can be seen.

The relief that fictional stories of this kind brings us (as does religion) is that there is an end to it. There comes a day when we’ll be able to put the book down and say “phew”.

With authors like JRR Tolkien and CS Lewis, their fiction reflects their personal Christian faith, with a deep interest in theology as well as classical mythology (especially Greek, Roman, Celtic and Old Norse, which are all also embedded in our Western culture).

I see the same pattern in JK Rowling’s Harry Potter series. She may be simplifying things in some ways, and complicating them in others. But whether one sees her attempts as wholly successful or not: By letting the Wizarding world and the Muggle world (our modern world at the end of the last century) interact, with only a limited number of characters able to move between both, she does bring in the perspective of “unseen powers” at work.

The sixth book in the Harry Potter series (The Half-Blood Prince) opens with a chapter called “The Other Minister” which describes a meeting between the Prime Minister of England and the Minister for Magic in the Wizarding World (Fudge). The latter has a very different explanation of some recent events that have also mysteriously affected the Muggle world. (Muggles = non-wizards.) Like a collapsed bridge in central London, and a hurricane in the West Country.

The Half Blood Prince was released on 16 July, 2005. Rowling had intended to read from the first chapter of the book at her official presentation. The choice of text for the public reading was changed, because only a week earlier, on 7 July 2005, there had been a series of coordinated suicide attacks upon Londoners using the public transport system during the morning "rush hour". Fifty-six people, including four bombers, were killed by the attacks, and about 700 were injured.

Attacks that came just a little too close to the fictive disasters that open The Half-Blood Prince:

The Prime Minister’s pulse quickened at the very thought of these accusations, for they were neither fair nor true. How on earth was his government supposed to  have stopped that bridge collapsing? It was outrageous for anybody to suggest that they were not spending enough on bridges. The bridge was less than ten years old, and the best experts were at a loss to explain why it had snapped cleanly in two, sending a dozen cars into the watery depths of the river below. And how dared anyone suggest that it was lack of policemen that had resulted in those two very nasty and well-published murders? Or that the government should have somehow foreseen the freak hurricane in the West Country that had caused so much damage to both people and property?

And indeed, the explanation that the Minister for Magic gives turns out to be a little different: Voldemort and his Death Eaters were behind the bridge accident, and as for the hurricane:

‘… and we suspect giant involvement.’
The Prime Minister stopped in his tracks as though he had hit an invisible wall.
’What involvement?’
Fudge grimaced. ‘He used giants last time, when he wanted to go for the grand effect. The Office of Misinformation has been working around the clock, we’ve had teams of Obliviators out trying to modivy the memories of all the Muggles who saw what really happened, we’ve got most of the Department for the Regulation and Control of  Magical Creatures running around Somerset, but we can’t find the giant – it’s been a disaster.’
’You don’t say!’ said the Prime Minister furiously.

So with the tragic London events on everyone’s mind, the text for the public reading on the night of the book release was chosen from another chapter. Just one of those times “when the line between fiction and reality becomes all-too slim”, as Deb puts it in her BTT-question…

Headlines and distorted news actually play a very important role within the Harry Potter series. It is a recurrent theme through all seven books. Read more about that in an extended version of this post in my Harry Potter blog Through My Spectrespecs.

Posted by DawnTreader at 13:29