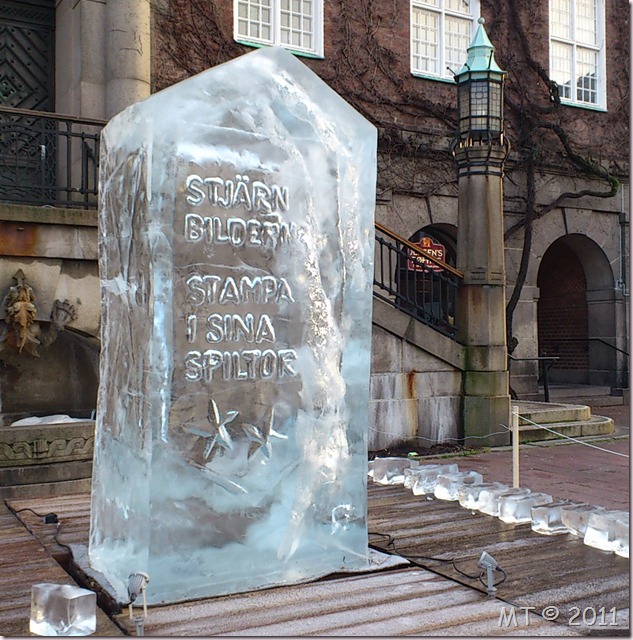 Inscription: “stjärnbilderna stampa i sina spiltor”
= “the star constellations stamping in their stalls”
Words from the poem Storm* by Tomas Tranströmer,
Swedish poet awarded the Nobel Prize in Literature 2011

I my previous post Straight Out of the Ice  you can see the artist
working on the ice sculpture. Luckily I was able to go back today to take a photo of the finished work as well. (How long it will remain standing depends on the weather, and the weather just now is rather unreliable!)

This ice sculpture is a tribute to Sweden’s probably most popular living poet, Tomas Tranströmer, who received the Nobel prize in literature yesterday.

* I found a translation of the poem at BookBrowse:

The man on a walk suddenly meets the old
giant oak like an elk turned to stone with
its enormous antlers against the dark green castle wall
of the fall ocean.

Storm from the north. It's nearly time for the
rowanberries to ripen. Awake in the night he
hears the constellations far above the oak
stamping in their stalls.