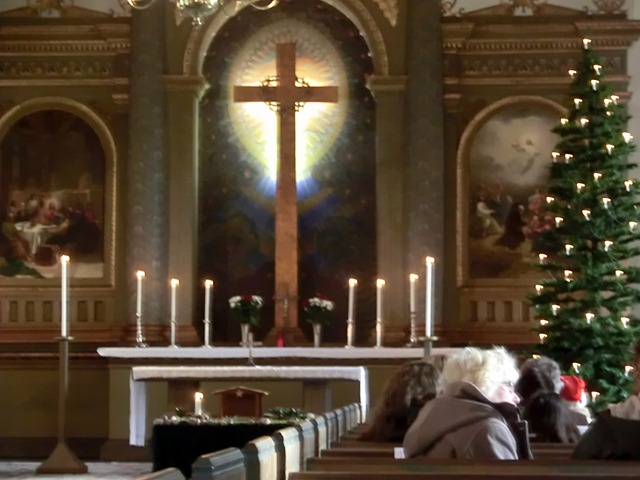 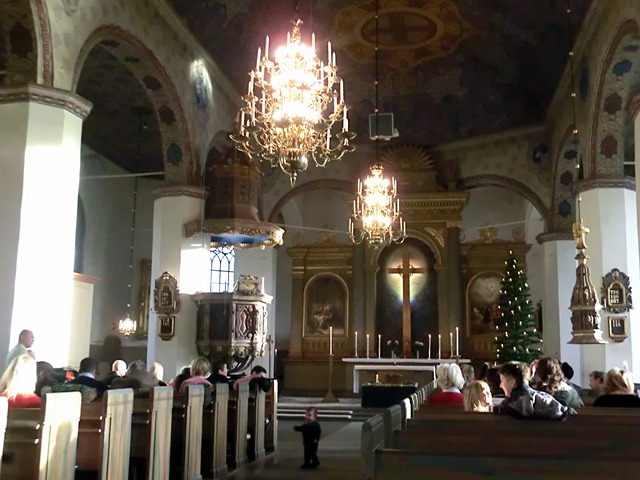 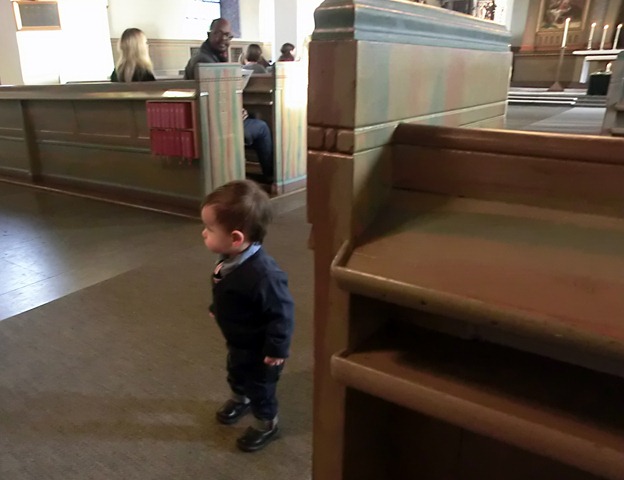 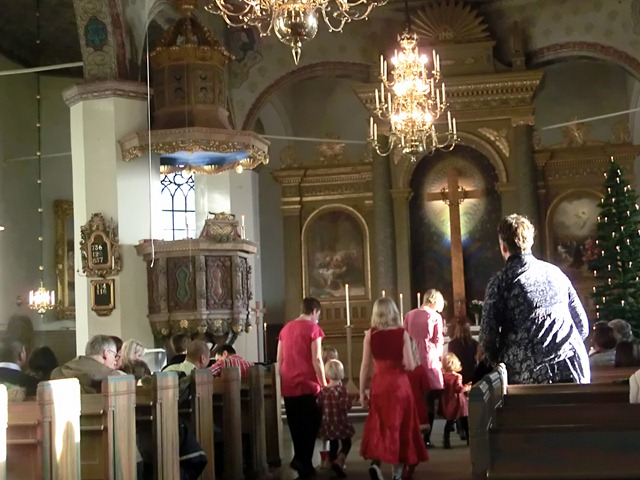 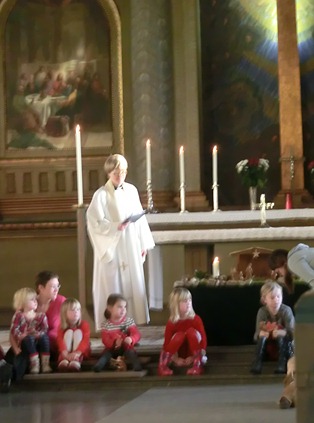 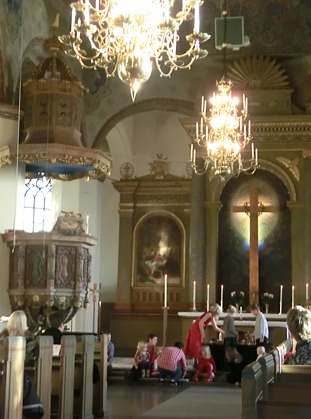 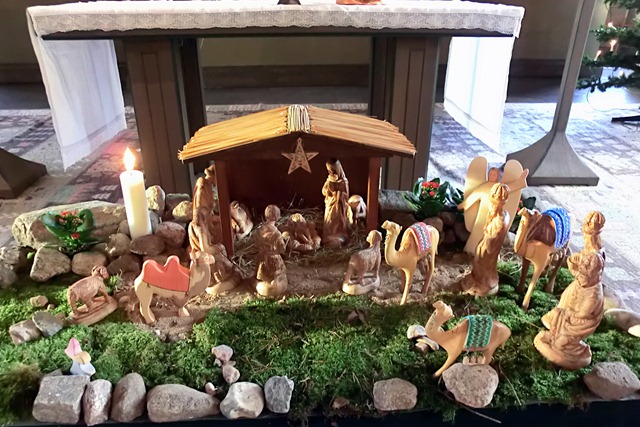 This Christmas I did something I’ve never done before:
I attended a daytime church service on Christmas Eve.

As I grew up in a family that did not go to church, and I always spent Christmas with family (until now), going to church at Christmas never really became part of my own tradition either, even when I started going to church on other occasions.

Traditionally in Sweden, the main church service at Christmas used to be very early on Christmas Day (like 7 a.m.).  Nowadays, many churches have changed to having a Midnight service late on Christmas Eve instead. But some of the bigger churches offer several different types of Christmas services.

This Christmas I’m free to do as I like, but since I’m really neither early morning bird nor night owl by nature, I was glad to find a church service at 11 a.m. on Christmas Eve, in the old church in the town centre, which I have blogged about a few times before.

This service focused on the crib scene, starting with an empty stable and then as the story was told, the children were helping to put the figures in their right places. It was really a lovely service for all ages – and the real babies/ toddlers sometimes stealing the attention just added to the charm. (So cute…)

I was sitting some distance from the front and had my camera on silent and no flash so as not to disturb, so the photos aren’t the best but they will still give you an idea I think. (The close-up of the crib was taken after the service.)

Anyway I’m really glad I went; for one thing because this was something that made my Christmas this year different by choice rather than just passive adjustment to change of circumstances.

* I wish all of you a Merry Christmas! *

Posted by DawnTreader at 20:42