Straight Out Of the Ice 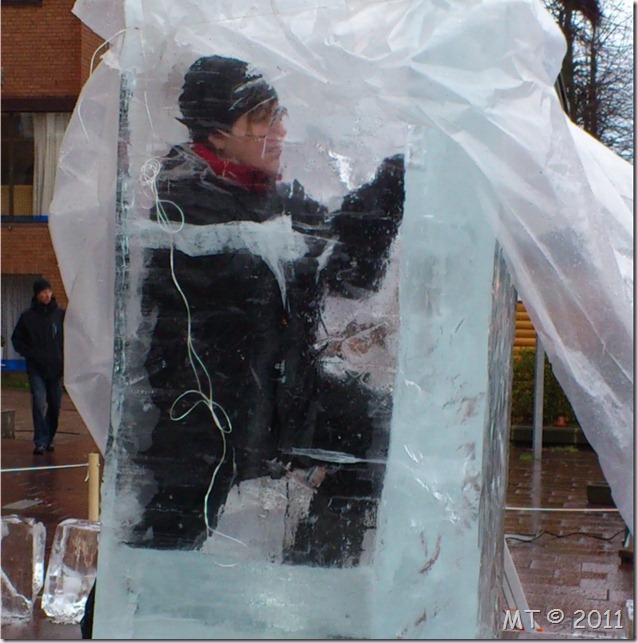 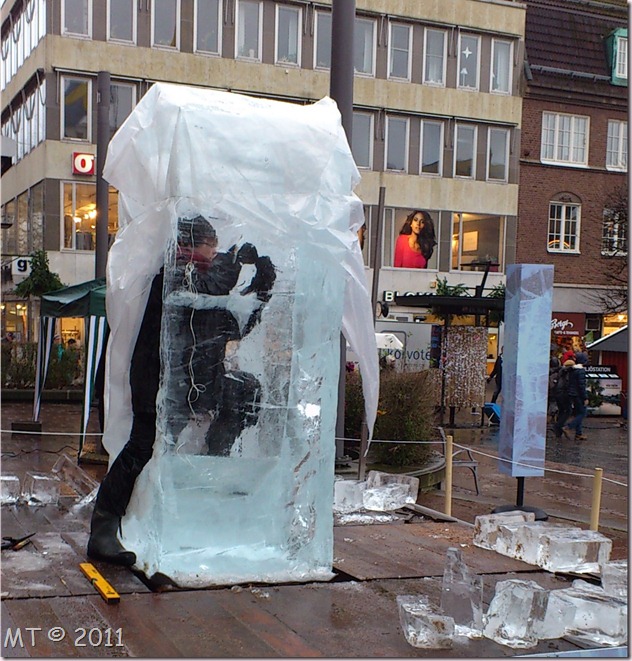 An ice sculpture in the town square has become tradition since a few years back. This year the artist Ragnhild Brodow Sandelius had to work in rain and hard winds – not the best of conditions for this kind of job! As you can see she is working inside the block of ice this time. What she is doing is a kind of lantern, with an inscription of a few lines from a poem by Tomas Tranströmer – this year’s winner of the Nobel Prize in literature. The annual Prize Award Ceremony takes place today. 10 December is the anniversary of Nobel's death.

After thunder and snow and rain and storm the last few days, it was still raining this morning, but at least the wind had calmed down, and the snow and ice had thawed away from the streets (and pretty much from everywhere else as well). Next week we may be back to snow and ice and slippery roads again, so I decided today was probably as good a day as any to take the bus into town, post my overseas Christmas cards and letters, and shop some food.

Yesterday the outdoors Christmas market was cancelled because of the fierce storm. Today there were a few market stalls up, but the commerce still seemed a bit… well… washed out…

The ice sculpture was really the only thing worth while getting out a camera for. I took these photos with my mobile phone btw.

My internet connection is still really wobbly, it keeps breaking down every ten or fifteen minutes or so. Each time it goes down, I have to go restart the modem (which is in the living room), and then the browser. Seems just to be “micro” breaks, not lasting very long… But neither does the connection!!! Like someone got into a bit too much Christmas spirit and put the broadband on “blinking” as Christmas effect. I’m not a fan of blinking lights – and even less with my internet connection!!!

Writing this in Windows Live Writer (so thankful for that!) and hoping to be able to post it… sooner or later… and link to

Straight Out Of the Camera Sunday.

Posted by DawnTreader at 18:54